From students to celebrities everyone flocks to her to learn Hindi 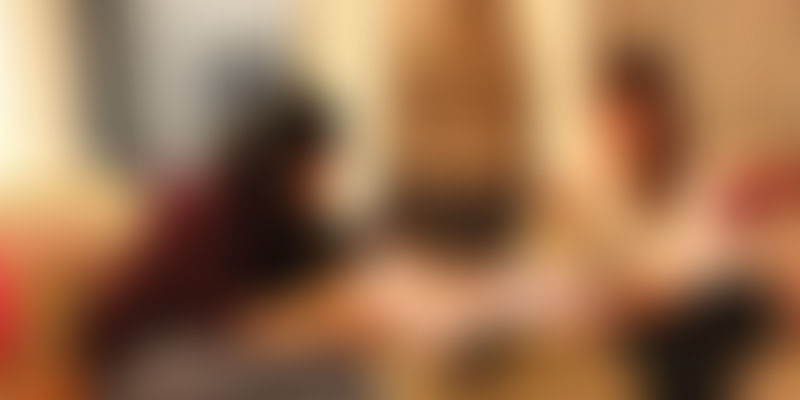 When was the last time you read a book in Hindi or wrote something in the devanagri script? Chances are that most of us would have last studied it in school and then forgotten all about it, especially if the language is not a mother tongue, a medium of instruction or even a second language. Usually, if one were to go abroad for long periods of stay, it almost becomes mandatory to learn the language of the country one is in, like German, Spanish, French etc. Most countries also facilitate language learning and have a number of institutes. However, the reverse is not necessarily true. When it comes to expatriates learning Indian languages, there may be institutes that teach regional languages, like Kannada or Tamil, but there are hardly any that teach Hindi.

Pallavi Singh, an engineer turned psychology student decided to change this. And so was born hindilessons.co.in.

Born and brought up in Delhi, Pallavi did her engineering in Electronics and Communication. During her engineering she realized that most of the good opportunities were going to students of tier-1 colleges, be it a foreign internship or working in a good firm. She decided to apply directly to big firms like BCG (Boston Consulting Group) and E&Y (Ernst & Young), but found that nobody was even ready to look at her resume because she was not from an IIT or NIT.

It was in her third year she decided to teach Hindi. She started browsing through facebook groups which are frequented by foreign exchange students. She found that it is during one’s college days that one is surrounded by peer groups who speak in Hindi. And the zeal to speak in Hindi came from wanting to belong to these groups. Keeping all this in mind Pallavi approached the Delhi University Foreign exchange students. Her first student was an African national and his girlfriend. Pallavi designed a lesson plan, made some learning modules and went ahead to teach. Once that was over there was no looking back.

Pallavi decided to move to Mumbai to pursue a degree in Psychology. But she did not want to ask her

parents for money. Mumbai being an expensive city, it was difficult for her to make ends meet so she decided to continue teaching. Part time jobs were not an option as there was no consistency and Pallavi was looking for international exposure too. Teaching Hindi to foreign expatriates was providing her both, exposure and consistency in job as well as schedule.In her four years of teaching Pallavi has taught over 150 foreign nationals and is currently teaching at the US consulate in Mumbai. Though teaching Hindi might seem easy, the challenges were numerous. There were times when people would question her qualifications. Pallavi says,

“There are no courses in India to teach Hindi as a foreign language. If there were I would have done it.”

Another problem is dealing with people who keep trying to negotiate fees. But there were great moments too. Pallavi recounts one incident,

Once one of my students, Amanda from Louisiana was traveling from Bandra in an auto when two guys on a bike came and asked directions from the autowaala. They ignored her considering the fact that she was a foreigner and would not know. But she started telling them the way and they were shocked after watching her speaking so fluently in Hindi.

As part of her teaching journey Pallavi also had some memorable moments. Once she wished historian William Dalrymple online on his birthday. “I would love to teach you Hindi while having your birthday cake.” One conversation led to another and she landed up with William Dalrymple as her client. Over time she has had the opportunity to teach Hindi to Bollywood celebrities like Jacqueline Fernandes.

Talking about her future, Pallavi says she is looking forward to one day opening her own Hindi teaching school for foreigners in India. While this is the age of apps and there is no dearth of apps that claim to teach languages, Pallavi believes that no app can take the place of a human interaction when it comes to teaching languages.