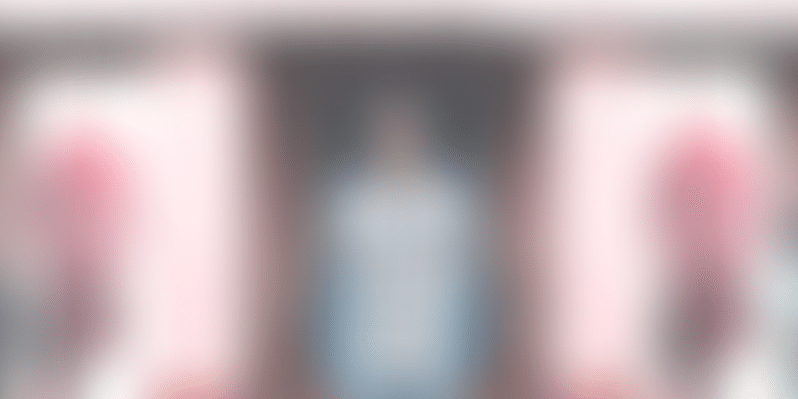 A graduate from Netaji Subhashashram Mahavidyalaya, a college under Burdwan University in Purulia district (the westernmost and one of the most backward of West Bengal’s 19 districts), Pinaki Ganguly is the Secretary of Sri Sri Ramkrishna Vivekananda Vidyapith (Estd. in January 2011). The school is run by a non-Government-non-profitable social organization named Rural Organisation for Social Establishment (ROSE) in Charida village of Purulia, for the tribal and poor children of the region. Charida with a population of 2500 has a mixed populace with 33% belonging to an extremely poor tribal community.

The school has 77 students (45 boys and 32 girls) who are tutored by 4 teachers. ROSE, established by Ganguly and 11 other local members in 2002, is an NGO working for community development in the district. Their initiatives include providing ambulance facility in 3 Gram Panchayats of the district, facilitating the Total Sanitation Campaign under UNICEF in the district and undertaking awareness campaigns through Chau and Jhumur (traditional folk dance and song forms of Bengal) performances on education, health, early marriage and superstition. The NGO is mainly funded by local Govt. bodies like Zilla Parishad, Gram Panchayat and Panchayat Samiti. Touch Mission, a Mumbai based NGO provides educational tools to 200 underprivileged children identified and supported by ROSE since the last four years.

Inspired by great leaders like Swami Vivekananda and Ramkrishna Paramhansa, the school provides knowledge and wisdom not only through books, but also through music, drama etc. so that learning becomes entertaining to the children of the village. Students are either enrolled for Ankur (the lower KG level) or for Kishaloy (upper KG level and Class-I) depending on their age. Regular health check-ups are done in the school to maintain the basic health of the students. The students of the school pay a tuition fee of Rs.75 p.m. along with an admission fee of Rs. 300. All the students studying in the school are provided with school dresses, winter garments and school bags, exercise books and text books free of cost. Pinaki and other members of ROSE are all set to bring the school to the nearby village of Kanrihensa, where there is a school building with all amenities available.

“The Govt. schools lack initiative to motivate poor and tribal people to send their children to school resulting in generations of illiteracy among them. Our aim was to include these students from extremely poor families most of whom are first time learners into the fold of primary education. We have 15 such students in our school to whom we provide education free of cost. To keep their interest in studies we take good care to keep them free from getting beleaguered with academic pressure. To make the process of learning entertaining we organize various cultural and sports activities and picnics to heritage sites which also help keep our students stay in touch with their tradition and custom. Students from relatively affluent backgrounds also enroll in our school for better quality education than that provided in the Govt. institutions. We also take efforts to drive out the idea of open sanitation, one of the social evils in rural Bengal, by spreading awareness among our students on regular basis,” says Ganguly, who has experience as a social worker in various National health programs and has worked as a voluntary organizer in health programs supported by UNICEF from 2006 to 2011. He has also arranged a number of awareness programmes on education and health at the block level through puppetry and Jhumur songs. Ganguly adds,