Being Centerstage is what drives Pooja Sampath 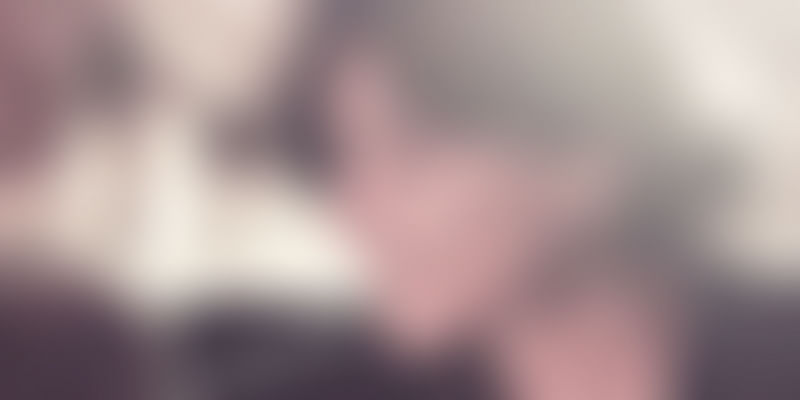 The phone rings, someone is calling for the Producer of Centerstage, the lady in question Pooja Sampath answers, “that is me.” Once it so happened that the caller thought she was jesting and asked her, “to stop joking and go call the Producer.”

It was a funny phase in Pooja’s life when people found it hard to believe that a young girl fresh out of college could run a media company as a Producer. “I wasn’t sure how to react, so I usually just wouldn’t react and continued with business. But things have changed now.”

Pooja Sampath is Partner – Producer, Casting Director and Actor at Centerstage and the Executive Producer of The IMPROV, a show under the banner of Centerstage. She joined Centerstage in 2012 during her post graduation as an acting student and almost immediately became one of the first interns at the company. Within the next few years she went on to become an associate, then Executive Producer and finally Partner.

Talking about her work she says, “I have also written and directed scripts for ads and viral videos in the past three years here. I am a casting director who is also a trained actor, so when suitable parts come along I cast myself in such projects and the conversations with clients are hilarious while in such a position.”

Pooja’s love for acting started early on. Born and brought up in Bangalore, she studied at Sophia High School and Mount Carmel College. Though always protected, she was encouraged to explore new things as a child.

She did not say no to the activities and went on to do dancing, singing, swimming, skating, acting to training for the district level Juniors Go Kart championship, and learning new musical instruments, which she says, she can’t remember how to play anymore.

In this long list the one thing that caught her attention as a child was performance. “I started to love acting and dancing.” And soon enough she was in her first commercial. Pooja narrates the experience:

It was my first south Indian commercial for a water heater at the age of 14. I got through an audition and within no time was put in front of a camera. It was the worst performance of my life, but I learned so much from that one experience. I was glad to have been put in that spot. For the first time I understood what practically goes on behind the scenes while making a film. It was enlightening and it sparked so many questions in my mind about filmmaking and production. As I wasn’t sure who to go with the questions, I started experimenting myself.

She bought a handycam and began writing scripts with her cousins over the summer and started filming and editing them. They had screenings of it at home for her family and relatives. She shares, “I never realized back then the impact this would have later in my life.”

Though her love for acting continued unabated, Pooja did not take it up as a subject in school or College. She always knew she wanted to study History and Psychology and did just that. However, she continued to participate in theatre, drama clubs etc. extensively.

She went onto to do her MBA in Media and Entertainment. “It is the encouragement from my parents and their attitude towards my all round development as a person that gave me the chance to explore myself and be good at more than just one skill.”

Pooja is usually very quiet in public and often is perceived as shy or being an introvert. A keen observer she feels that, “I always learn more when I talk less.”

She joined the company right after its inception and has grown with it through the years. What attracted

her to it was the, “vision of Saad Khan and Siddhanth Sundar, Founders and Partners of Centerstage in keeping talented Bangaloreans in Bangalore without having to move to another city or country to pursue one’s dreams in film and media, and that’s where our ideals matched – to have a media movement right here in Bangalore and expand and grow nationally and internationally, while keeping the city as our base.”According to her, she has been lucky to have both these men as her mentors. “They, have believed in my performance and in me as a performer, and continue to bring many films and ad films projects my way, not just to act in, but to write and direct as well. And also Maaz Khan, the business head and Partner has always been by my side to run the business and production end at Centerstage.”

People often mistake ‘stand up comedy’ with ‘improvisational comedy’ and educating audiences and making them aware of the difference has been the biggest challenge for Pooja. Explaining the difference she says, “Stand up is a scripted set of jokes that may be repeated to different audiences several times. But, improvisational comedy, which is what The IMPROV is about, is comedy without a script where the performers make everything up on the spot.”

As a producer, her challenge is to bring in a new and diverse audience that challenges the performers to raise the bar every time. She and the team ensure that they leave no stone unturned while working on the show, moving forward with it and learning new things.

As Pooja’s journey continues with Centerstage and The IMPROV, she looks forward to things getting only bigger and better.

There is a lot of prep that goes on before every show both from the creative end and the production end and we always try to up our game. It’s progressing at a smooth pace, but we are at a place now where we at The IMPROV can say – watch out, this is just the calm before the laughter storm.

For Pooja work is worship and she has no complaints. She is happy with her choice of career and candidly says, “I picked a career that I don’t need a vacation from.”

Read: In the Kampni of Dance: Madhu Nataraj

Read: ‘Comedy is about being yourself’ – Kaneez Surka

Tired of waiting for your meal? This Delhi-based startup uses AI to make checkout and dine-in experiences smoother