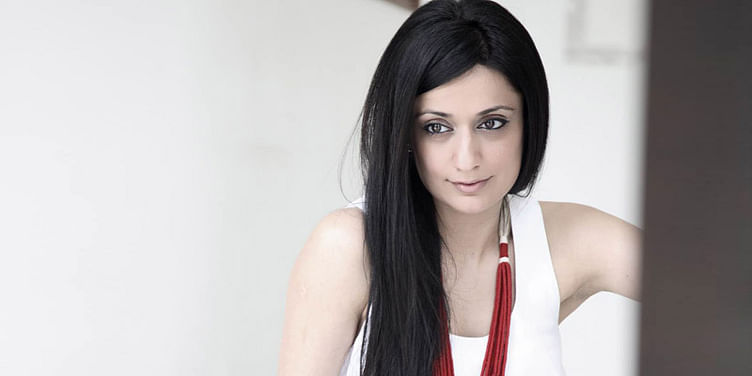 Wild animals in the forest would stand transfixed listening to those deep notes. The sun forgot to set, listening to the powerful baritone of his voice. The skies had opened up and poured out or the lamps burnt in a frenzy. Such was the power of Tansen. Such was power of music.

Music they say has no language, no boundaries and barriers. It has the power to touch and light up one’s soul. It was to bring this power and magic of music that Sonam Kalra created The Sufi Gospel Project. She says that it’s an attempt to blend the different voices of faith and create one powerful voice, through music, song and language.

For Sonam, music has been a part of her household from her younger years. Her fondest memory is when she would sit on her  mother’s lap listening to Begum Akhtar. She says that she would see a deep emotion calm and surrender that would set in her mother’s face that she can never forget.

Thus the seeds for music were sown very early on in Sonam’s life. While still a child, Sonam started learning music, but her true musical journey began much later in life. A Delhi girl and granddaughter of General Aurora, who won India the Bangladesh war, Sonam grew up in a liberal and cultured environment.

The atmosphere at home was that of acceptance and encouragement. One of three daughters, Sonam and her sisters were always told that they were not just equal to men but better them in all aspects. And they could achieve anything as long as they did it with honesty, integrity and sincerity. Sonam went ahead to pursue her degree in graphic design and fine arts from the Delhi College of Art.

For about six months Sonam worked as an Art Director in the field of advertising. When she started getting not so great copies to direct, she decided to try her hand at copywriting. For a while she did both art designing and writing, however when she was asked to choose between the two, she chose copywriting, because she wanted to be at the very beginning of the ideation process.

Though she was learning music while she was in advertising, she was unable to give it the time and focus it deserved. In the year 2000 Sonam took a sabbatical from advertising so that she could focus on learning music. Till this period her musical learning journey was slower, but her base was strong, thanks to her mother’s love for music. Sonam had also spent a year with the Dagar Brothers when she was in the eighth standard.

Nevertheless, her serious foray into music began under Shubha Mudgal and Pandit Sarathi Chatterjee. “Though I had taken a year off to pursue music, I kept losing my voice during that year,” adds Sonam. However, Sonam was sure this was the path of her life. It was during this time Sonam anchored two travel shows for the BBC and the Star World and even test drove cars for BBC. She was the live voice host for the Commonwealth Games in 2010, she also is the voice for Discovery Channel and Indigo Airlines.

Apart from honing her skills in Indian classical music, Sonam also learnt gospel and jazz from Ashley Clement in Singapore and classical opera under tenor Hur Chul Young and soprano Situ Singh Bueller. Sonam is also a National Award winning actress. She says it pushed her out of her comfort zone and helped her deal with her mother’s ailing health. Sonam was a META award winning stage actor for her multiple roles in the Repertory’s critically acclaimed Nati Binodini.

Also Read: More than a profession, music for me is a way of life  – Subhadra Desai

Birth of The Sufi Gospel Project

The idea of the Sufi Gospel Project germinated when she was invited to sing gospel at the Urs- the birth celebration of the Sufi saint Inayat Khan in Nizamuddin in Delhi, in 2011. Sonam says that for her it was a sign from the universe. “A Sikh girl singing gospel in a seemingly Islamic space, is nothing but a message that talks about the power of music,” says Sonam.

She adds: “I wanted to create a sound that showcased the beauty of the space and blended all faiths, as an acceptance of humanity. And that is Sufism. The thought of all these faiths coming together was so overwhelming for me and it made me realise that we are the ones who make the walls and we alone are the ones who can break them.”

Unfortunately, tragedy struck Sonam’s life, when her mother who was her greatest inspiration passed away. She was running a music academy ‘Shadaj’ in Delhi that promoted Indian classical music. Her mother had just passed away, and Shadaj had asked Sonam to do a tribute, so she spent time and created more pieces.

After the performance, she was asked to present it to the rest of the world and not a niche audience. Taking encouragement from family and friends, Sonam called the India Habitat Centre, Delhi before heading out to perform theatre at The Kennedy Centre. She asked for a date and space at the basement theatre that had a capacity of 140 people. They ended up giving her the bigger auditorium for 450 people.

After coming back in April, she took a month to immerse herself completely into this germ of an idea she had. She believes that music for her was a revelation. She would think of something and a few gems would appear hidden. Explaining further Sonam says that when she would be thinking of ‘Abide with me’, a poem from Sant Kabir would come as an answer.

It was her mother guiding her throughout, even performing a month after her mother passed away. Sonam feels that her mother was reaching out to her and asking her to follow her dream.

One of my gurus once said to me, your voice will change if you go through struggles in your life. For your sound to be true, you have to have lived…only then will your story come though and move others. I’m glad my mother got to see me on stage before she passed away, as there is nothing more that she wanted more than to see me sing and have my voice reach people.”

The Sufi Gospel Project puts together prayer, poetry and music to transcend the barriers of faith and language through music, with the message of secularity, acceptance and equality of all people.

“I work with a keyboard player and guitarist who are Christian, my accompanists on the sarangi and tabla are Muslim, my flautist and percussionist are Hindus – a testament that when it comes to faith and music, religion is not relevant,” says Sonam.

The Sufi Gospel Project has performed in diverse venues: small baithaks in people’s homes, to fundraisers and international folk and Sufi Music Festivals in Rajasthan. They have played to packed galleries at the Habitat Centre and at Roosevelt House to welcome Nancy Powell, the US ambassador to India. They were invited by the Indian Consulate in Canada to open The India Show in Toronto. NCPA, Mumbai and the Bangalore International Arts Festival have reverberated to the sound of their melodies.

As far as Sonam’s accolades are concerned they are far too many to name, however the notable ones are: Sonam has featured on MTV’s Coke Studio and has shared the stage with legendary musicians like Sir Bob Geldof, Sufi Legend Abida Parveen at Muzaffar Ali’s World Sufi Festival Jahan-e-Khusrau and performed for renowned musician Sting.

Some of the festivals she has performed at include the Kabir Festival in Mumbai, Jaipur Literature Festival, The India Show in Toronto, The World Sufi Spirit Festival in Nagaur, The Khushwant Singh Festival in Kasauli and several others. She has also performed at Nehru Centre London, Neemrana Fort Palace, at Rajiv Gandhi’s Samadhi on his birth anniversary in front of the President, Vice-President, Prime Minister, the Union cabinet, members of the Gandhi family and many others and in cities as diverse as Srinagar, Cochin, Ahmedabad, Chandigarh, Jaipur and Kasauli.

Last year alone Sonam has performed in over ten countries including, London, Sri Lanka, Singapore and Pakistan. She has just returned from a highly successful six-country tour of the Middle East, which received excellent reviews from audiences and the press. The tour included performances in Oman, Kuwait, Lebanon, Tunisia, Mauritius and at the Sama’a Festival in Egypt. Sonam has also sung in venues and prestigious festivals around Asia, South Africa, Europe and The United States of America.

She has been listed as one of the ’50 creative powerhouses and Impresarios who have elevated Delhi from a cultural desert to one of the World’s Leading Arts Capitals.’ Elle magazine profiled Sonam in a list of “Transformers : Women Who Own the Future”. She also was one of among 20 to receive the Devi Award, instituted by The Indian Express, one of India’s leading newspapers, for pathbreaking work in their respective fields.

Earlier this year, in March 2015, Sonam was also honored with the The L’oreal Femina Women Of Worth Award 2015 for Excellence in Music and The Performing Arts.

Talking about her inspirations, Sonam says: “I am inspired by life around me, by my parents who were my greatest gurus, who taught me how to live. I’m inspired by love, by pain, by compassion, by sorrow, by the fortitude and generosity of the human spirit, by the beauty in nature, by the simplicity and purity of animals, by the joy and honesty of children. I am inspired by truth. I am inspired by the sound of music, form a note to a symphony, it overwhelms me and brings me to tears. The only advice I can give to anyone in life is that you should be true to yourself and what you believe in. Take risks, don’t imitate. Be the best you that you can be.” In this journey, Sonam believes she has finally reached home.