An ode to the workhorse startups 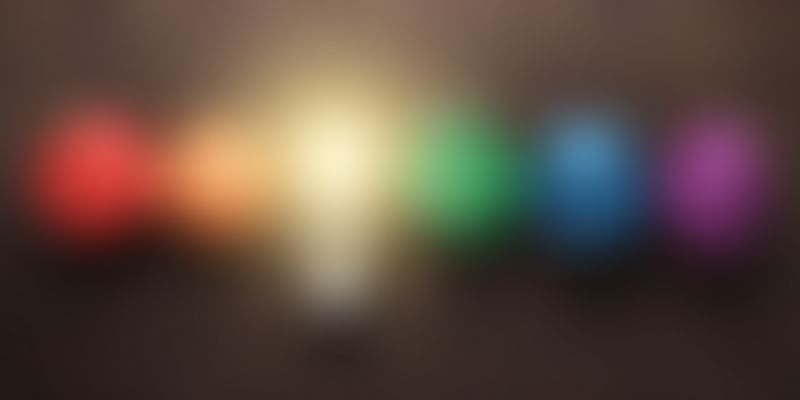 Pardon my French, but the way that every other startup story talks breathlessly about Indian startups that have achieved ‘Unicorn’ status has now reached a farcical point.

The term ‘Unicorn’was originally coined by Aileen Lee, a US investor, to refer to a startup that has attained $1billion in valuation. The name was probably chosen to allude to the nature of this beast, a creature that is rare and found only in mythological fables.

However, spurred on by a perfect storm of cheap capital and large greenfield markets, the number of startups that have reached this valuation has gone through the roof in the recent past. According to CB Insights, a venture capital database, the number of Unicorns grew exponentially from merely seven in 2012 to 47 in 2014. Just in the first five months of 2015, 32 more companies entered the club.

Why is this a bad thing?

The Unicorn narrative has become an all-consuming obsession

Achieving this tag has become an aspirational goal for many startups - the media specifically, and the world at large too, now seem to see this as the definitive benchmark that signals that that a startup has arrived.

Since the only variable in the Unicorn equation is the company's valuation, it has created a box-office-like mentality among startups. Similar to how movies strive to reach the Rs.100 crore mark, startups are racing to become Unicorns. They are blind to everything else that they ought to be keeping an eye on, and are instead fixated only on valuation.

Fundraising has become the only metric for determining success

If valuation is all-important, what determines valuation? Why, funding of course! Historically, we have been in an environment in which funding is by far the most newsworthy event,when it comes to startups. But now, this predilection has ballooned to insane heights. Further, the preferential treatment accorded to funded startups against bootstrapped ones is starker than ever before, so much so that only the Unicorns are perceived as ‘great’ companies by all and sundry, even if they have done precious little as a company other than raising a boatload of cash.

Poisons the well and skews the ecosystem

The fact that every investor is chasing the next big Unicorn has led to over-funding, both in terms of capital raised, and in terms of the number of highly-funded companies that are chasing a disproportionately narrow market.

This imbalance leads to all kinds of perverse behavior - from artificially increasing salaries for talent, to overspending on meaningless things like billboards and newspaper ads.

More importantly, it leads to a "God complex" among many highly-funded founders - a deep sense of entitlement to special treatment, and the notion that they have the right to ride roughshod over anybody.

Finally, the quest for Unicorns debases and trivializes the startup journey, by setting up a narrative in which entrepreneurship mirrors a death race, where the only acceptable outcome is shooting for the stars and reaching there in the shortest time possible.

All of this leads me to believe that there is a dire need to deepen and widen the discourse on entrepreneurship and its consequences.

We need a new template that is drastically different from the vainglorious Unicorn hunt.

A new type of startup worth acknowledging, appreciating and emulating.

I would like to propose a name for this type of startup.

One great thing about our ecosystem is that while the coinage is new, there are already a number of wonderful startups who deserve this moniker.

The best way to explain what a Workhorse startup represents is to call out these startups and the qualities that they epitomize.

Resilience –what doesn’t kill you strengthens you

The first defining attribute of a Workhorse startup is resilience - the ability to bounce back even in the face of dire situations. Nobody epitomizes this better than Santosh Panda of Explara.

Think of every horrible situation that you might have been faced with as a startup entrepreneur. Now multiply that into 10.Chances are that Santosh has faced, and more importantly, overcome, that challenge. Unlike other fragile companies, where folks abandon ship at the first sign of trouble, a Workhorse startup founder fights through the toughest of times with a prayer in his heart and a smile on his lips.

What course of actionis an entrepreneur most likely to resort to when his startup goes under or gets acquired? 90% of the time, it istaking refuge in the comfort of a ‘risk-free’ 9-to-5 job.

What did Anand Jain do when faced with this situation?

Why, he started up again!

The Workhorse startup founder plays the long game - persevering in one way or another on his entrepreneurship journey, taking the lessons he learns on the way to heart, and constantly pushing himself to become a better entrepreneur everyday.

As a startup founder, what do you do when you are facing a competitor who has 100x the funding that you have, and a well-earned reputation for excelling in the ‘dirty tricks’ department? Throw in the towel and go home?

In the case of C Murthy and his co-founders, they did the exact opposite! Rather than getting caught up in the valuation game, they instead focused on delivering value to their customers - a laser-focus that earned them encomiums galore. Instead of optimizing for the amount of funding that they could add to their bank account, the Ozonetel team focused on meaningful metrics that enabled them to create a company with a sustainable, scalable and repeatable business model.

Even as the Workhorse startup charts out a plan to grow its business to a point where it makes a dent in the universe, its founders don't wait to reach the stars before they start paying it forward. They help other entrepreneurs - both aspiring and newbie - with sagacious advice, generous time and also with actual seed capital. I have heard multiple entrepreneurs say this of Avlesh Singh of Webengage.

Finding joy in the journey

The Workhorse startup founder treats entrepreneurship as a journey, not as a destination or a race, much less a death race; a journey that is its own greatest reward, one that provides joy in itself, and needs to be relished as such.

A great example of this is Paras Chopra of Wingify. Despite receiving multiple funding offers from VCs, he eschewed these and decided to build his company on his own terms and at his ownpace.

Just because a Workhorse startup doesn't place a premium on funding or valuation, this doesn't imply that its founder is not ambitious. Girish of Freshdesk demonstrates this in ample measure, stewarding a startup that Google declared as the ‘best-run private company in India’.

But despite raising nearly a hundred million dollars in funding and aspiring to become the global leader in his chosen niche, Girish has never let his ambitions get the better of him. Instead, he tempers it with humility and grace.

Finally, Workhorse startup founders are driven by a sense of purpose, rather than by just passion. Shradha and Ashish each started new media companies covering the then-fledgling startup ecosystem in India, long before entrepreneurship was a sexy term. They knew all too well that the ecosystem was too shallow to afford them a meaningful business/livelihood, but they continued nevertheless; because they believed that they had a purpose in life and a duty to perform - to serve as cheerleader, mascot and champion of unheralded startups chasing seemingly impossible dreams. While passion is effervescent and transient, a deep and abiding sense of purpose is what drives the Workhorse startup through thick and thin...

So please join me in acknowledging and applauding these Workhorse startups and their founders - they may or may not end up as billionaires, but when they look back at their lives, they will undoubtedly do so with a sense of satisfaction that only a life well-lived can deliver.

Cheers to the Workhorse startups...long may they live and prosper.