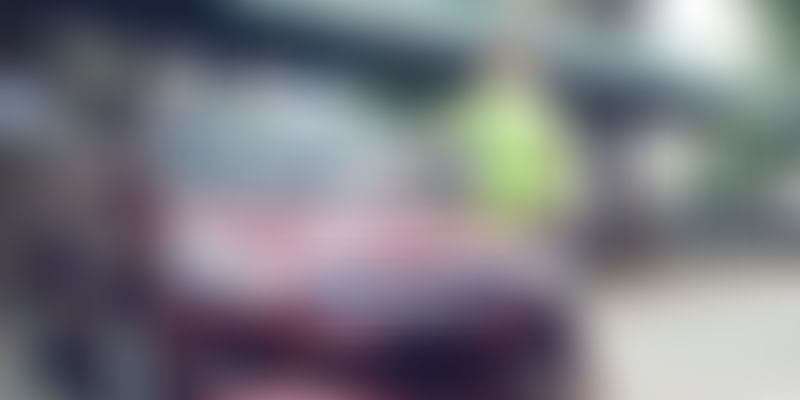 Self-drive car rental company Zoomcar has raised $11 million from Sequoia Capital, Empire Angels and NGP. The company plans to use the funding to expand across India both in terms of vehicles and new cities. The company started its operation in Bengaluru and now offers self-drive car rental services in cities like, Mumbai, Delhi, Pune, Chennai, and Hyderabad.

“We currently have a fleet of more than 1,500 cars operational in six cities. Despite adding over 1,000 cars this year alone, we're still unable to meet the demand for our service with our current strength. Over the next year, we plan to add more than 7,000 cars in the fleet and expect to launch in 15 more cities. From the beginning of the year, our revenue has grown by more than 3x and bookings have increased in a similar fashion,” said Greg Moran, Co-founder & CEO, Zoomcar.

He adds that funding primarily will be used to add new vehicles, continue hiring and building the technology and product.

In October last year, the venture had raised $8 million from Sequoia with participation from Mohandas Pai, former Infosys CFO, and Abhay Jain, Head of Corporate Affairs at Manipal Group, among others. The startup’s early investors Empire Angels, Funders Club, Basset Investment Group, and funds advised by Triangle Growth Partners had also increased their stakes in the round. Zoomcar had previously raised $3M from the afore mentioned investors.

Founded in 2013 and headquartered in Bangalore, Zoomcar holds the distinction of being India’s first self-drive car rental company. It allows users to rent cars by the hour, day, week, or month. Its vehicle catalogue offers a wide and extensive variety of cars for self-drive in India, ranging from hatchbacks to SUVs to luxury sedans.

The company’s ever-expanding fleet which is currently clocking over 1500 cars includes Ford Figo, Honda City, Mahindra Reva, Scorpio, Tata Nano, Maruti Ciaz, BMW 3 Series, Mercedes A class, GLA, CLA and others. It offers self-drive cars at prices ranging from Rs 49 per hour for its Nano model to as high as Rs 250 per hour for a CLA class.

In the past few years, the organized car rental market in India has witnessed a steep boom. The entry of international players has overhauled the business in this sector. With the organized sector differentiating itself from the unorganized sector in terms of its service parameters such as quality of service, reliability, trained drivers, larger fleet size and monitored prices etc., it witnessed the market leaning toward its side.

However, the market is not a cake walk for any single player to hold sway in the segment. There is a lot of competition in the market posed by other players. Carzonrent’s self-drive service Myles has expanded its fleet size to 650 cars in 20 cities. It has plans to expand in 50 cities and over 1500 locations within the next one year.

Selfdrive.In, another self-drive service provider operational in Mumbai, Pune and Goa is making the competition triangular. Recently, the company has doubled its fleet of 175 cars with 21 different car models across nine car manufacturing brands starting from the smallest Hyundai Eon to Honda City to Merc S Class Limited Edition Limo to VW Beetle.

According to Ken Research, the Indian car rental market revenues have grown at a CAGR of over 20 percent from 2009-2014. According to the report, the car rental market in India will grow at a considerable CAGR rate thus exceeding Rs 800 billion by 2019 due to the increasing number of bookings done online and through mobile phone apps.