Adventure Tourism attains newer heights; from Shillong to Kochi - a race of autorickshaws 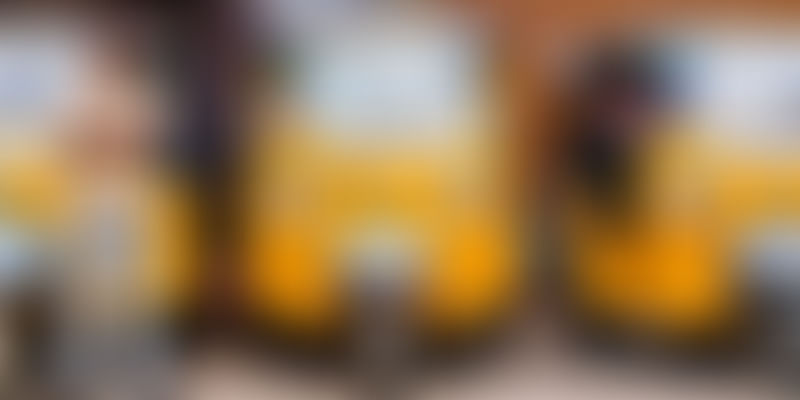 An auto rickshaw ride may seem to be a pretty mundane idea but using the three-wheeled vehicle, found everywhere in India to race from one end of the country to the other holds the promise of an adventure! 83 teams of people from 23 countries have signed up to participate in a grand 'Rickshaw Run' that begins in Shillong and challenges them to finish a cross country journey of approximately 5000 kilometers, ending in Kochi.

The rally is being organised by League of Adventurists, a UK based company, that claims to have completed a total of 25 such runs beginning from the first one held in December 2006. "For many of our participants it's the first time they've been to India, and so of course the experiences they encounter on the road are like nothing they've ever come across previously," says Matthew Dickens, International Events Manager, The League of Adventurists International.

Dickens says the idea of holding a rickshaw race was to make people push boundaries and get to enjoy themselves. "We believe in real adventures, not some rubbish package holiday where you sit around with fellow holiday makers, complaining that nobody speaks your own language and moaning about the food being 'not like at home'. "Boundaries are there to be pushed, and it's only once you stretch them fully that you really start to enjoy yourself," he says.

The 'Rickshaw Run' has been to many different locations over the years including Manali, Darjeeling, Kathmandu, Goa and Puducherry. "We've settled recently on Kochi, Jaisalmer and Shillong as they are about the correct distance apart from each other to allow people to complete it within the designated two week period," says Dickens.

The runs have all been extremely different, from the tropical South of Kochi, to the deserts of Rajasthan, to the tribal North-East. "It gives our participants scope to experience the diversity that India possesses," he says. "The stories we hear from every event are all amazingly different and often hilarious. The finishes of these events are always a riot of colour, fumes, dirt and tall tales from the road," says Dickens.

Although they do not have any celebrity endorsements, Dickens says actors Gul Panag and Charley Boorman "popped in to have a drive when we were in Kochi a couple of years ago." Besides the thrill of rolling and wiggling their way across the country in their tiny steeds, the event is also raising money for various charities. The 'Rickshaw Run' has now raised well over 2,000,000 pounds (around USD 3.1 million) for charity with a part of the proceeds going to the official charity Cool Earth, which works predominantly in the Amazon in Peru and Brazil.

Each 'Rickshaw Run' raises enough money to save 150,000 trees in some of the most endangered rainforest in the world. "It's only the first 500 pounds raised that has to go to Cool Earth however, and anything else raised on top of this can go to a charity of the teams liking - meaning that over the years we helped literally hundreds of different charities around the world," says Dickens.

The rally aspires to introduce participants to the beauty of lesser traveled places within the country. Unlike safer options like traversing the country in a fancy 4x4 air-conditioned vehicle with good suspension, in a rickshaw "you are open to the elements as well as being open to all the sounds, smells and sights that India can throw at you."

"Besides - the humble autorickshaw is so typical of India that it would be silly not to," says Dickens. Participants, usually sign up online, after seeing the website, or from word of mouth. "Many of our participants are veterans at our other events too. Once you've had a taste of adventure it's a hard thing to give up." The logistics of maintaining a fleet of 89 rickshaws, says Dickens, is challenging.

"There is the actual on-the-ground logistics when the teams arrive, we have to register them, arrange parties, test driving, and of course getting their rickshaws painted as per their own design," says Dickens. His company has previously organised other 3 wheeler events including the 'Mototaxi Junket' that covered the length of Peru and a 'Rickshaw Run' which went the length of Indonesia. The adventurists says Dickens aims to "do things which nobody has thought of before, usually in the most unsuitable vehicle possible."

Their "wild worldwide adventures" include 'The Ice Run', where participants drives up the frozen Lake Baikal in Siberia in winter in an old Russian Ural motorbike and sidecar. Newer events include the upcoming 'Icarus Trophy' in which participants will fly the length of America with a paramotor strapped to their back. "The Mongol Rally is our largest event with a mammoth 250 teams participating each time. Each of these have to drive 10,000 miles in a vehicle with an engine size of under 1000 cc," says Dickens.