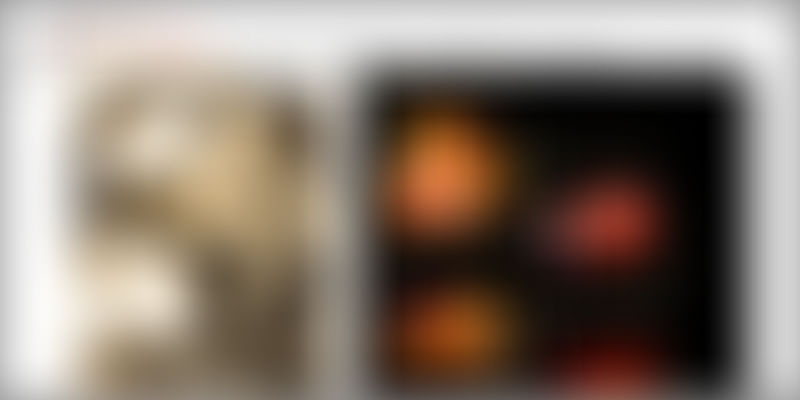 Very few people care as deeply about your marriage as your typical Indian parents, once you hit The Great Indian Marriageable Age. And not too many people go without having someone who sprints in the opposite direction upon meeting their eccentric parents (and idiosyncratic own self), only because the other person’s family happens to be a different kind of dysfunctional.

And you won’t find many who are quite as up-in-your-business as that distant aunt, whose life’s only immediate goal is to find you a family just like yours, with a daughter just like you, so that your clan of like-minded weirdoes doubles, and becomes a fearfully awesome force in society.

There is an inanimate entity though, that is as concerned as, if not more than, your well-meaning parents and aunt, in making sure that your matrimony is holy rather that hole-y. Vows For Eternity, an executive boutique matrimonial listings engine, puts in more thought than you would, yourself, while crafting your marriage. And its resident Cupid -- Founder and CEO Anuradha Gupta – spends weeks meticulously surveying your life from the cloud (digital pun intended), before she strikes you with her inescapable arrow.

The expert’s take on marriage

“You meet many people in your lifetime that you feel you will be happy and comfortable living with – like your friends and family. Marriage to me, is finding that one person you can’t live without. That person is your partner and lover, but most importantly - they are your friend.”

This is how Anu defines marriage.

The best of friendships happen amongst people on the same wavelengths, and with the same outlook on life, philosophies and ideologies – even as they spend a lifetime fighting over the remote, deciding whether to watch the game or ‘Game of Thrones’.

“I was 32, and unmarried, which was late, by Indian standards. I may have been commitment-phobic, and when I was finally ready, I thought someone would magically appear. My own close friends went on emotional rollercoasters while meeting candidate after candidate, and going through the same grueling drill, only to discover they had nothing in common with a person, apart from the kind of music they listen to, perhaps. This is when I saw the need for a personalized matrimonial service that puts a lot of thought into making a match.”

Vows For Eternity (VFE) facilitates such bonds. It gathers information through a completely confidential channel, about a person’s very core beliefs, his personality and his value systems – and runs it through various rounds of verification before finding it a similar match.

Not everyone can sign up to be a member on this niche portal. After a generic application form that demands your demographical and basic professional info, you get around to filling an elaborate 100-odd question strong profile – which ordinarily takes one a weekend to complete.

“It’s definitely not a dating service. It is for people who are indeed serious about marriage,” explains Anu.

VFE then entrusts a human being- with emotional sensibilities rather than automated algorithms –with the all-pervasive crucial job of studying the profiles, meeting the candidates in person, approving the claims and subsequently, their membership requests. For premium membership requests, Anu makes it a point to meet the client herself – either in person or over a Skype call – for at least two-three hours to get to the bottom of what they are made of. Some standard criteria before pushing up clients to the meeting stage are age, education, economic, and societal background and global viewpoint.

“I don’t do bio-datas and photographs. I want to get a sense of their personality. People are so much more than their interests and hobbies. Each person has dreams of their own, different things they want in their life partner, different moralities and priorities, etc.”

The form has three main sections: basic information, ‘what really matters to me’, and ‘what I expect out of my partner’ – each gauged by over 100 questions assessing the person’s roots, childhood, personality, value systems, outlook on life, reactions to certain situations, molding factors, etc.

“I really care about building trust with my clients. I encourage them to open up and think long and hard about what they really want. Many end up going back and adding more info on their longer forms, because they now feel comfortable and confident to share more.”

Besides, this personalized screening has been devised to ensure that scam artists, imposters and insecure little liars are kept at bay. “One often hears of instances like someone meeting a prospect who turns out to be eight years older than their photo, and is also probably completely bald and pudgy, by then.”

What happens to all the souls that have been bared to Anu?

Once the profile is matched with the actual first-person account recounted by the VFE team, the client makes it to the database. And the best part is, even then, no one can view this information but the VFE team - not even other approved members of the portal.

“People don’t want to have their core information on display. It is a highly private matter. Confidentiality and a personalized approach are intrinsic to what we do.”

Each profile is studied, and when two profiles with mostly similar answers are discovered, the candidates are intimated. As a matter of etiquette, the girl is notified first.

“Everybody is on their best behavior on the first few encounters. Someone who wants to have kids certainly won’t want to marry someone who doesn’t – but it’s not the sort of thing that comes up in the first meeting. In our case, we’ve already got that risk out of the way by uniting people with the same needs.”

One or two very closely matched profiles may be sent to each client on a monthly basis. But there is no minimum or maximum number. “The focus is on quality and personalization, which cannot be achieved if we are chasing numbers.”

Going back to the basics

With a little over 1200 members, she aims not to expand beyond 2,500, or 3000 at the most. “I like to work very closely my members and with the premium members especially- which are about 200 in number.”

First set up in USA four years ago, VFE had their largest member base but India has overtaken that, with a 300 percent member growth in the two years since it came here. Today they have members of Indian origin from India, USA, Singapore, Dubai, the UK, and Canada.

Showcasing a 35% success rate, they boast of having curated over a 400 marriages so far.

Being a niche service, they don’t advertise heavily, and only spread the word on social media. It was referrals and word-of-mouth that played a great role in launching them. “Our online presence is simply to help people reach out to us and show interest. Otherwise essentially, we are an offline service. Going back to the basics, doing things they way they were done generations ago.”

What today’s girls and boys want out of marriage

In her four years spending hours and hours with pure-bred millennials, she sure has seen some interesting trends. For example, second-generation Indians living abroad are gravitating towards arranged marriage, as it shows a greater success rate.

“Moreover, people are really truly delaying getting married – and as time goes by, people are also too particular and set in their ways to sort of settle for anything they don’t completely agree with.”

Besides, this wave of women empowerment has left the girls as well as the boys confused, she observes, as far as the bunch she deals with is concerned. The boys are certainly slow in catching up with the pace that the Indian girl is evolving at.“They’re confused and don’t know where they stand.When they go on a date, they don’t know if they should pay or go dutch, or hold the door and pull the chair or not.”

As a woman, and an empowered, independent one at that, she swoops in to counsel as well as train, unofficially.

“I help in such matters -- in explaining to the two where the other comes from and expects. It doesn’t hurt – equality is the way forward, and it helps to bring a prospective couple onto the same page about something that will affect their life so closely and fundamentally.”

Once upon a time, when Cupid had to work extra hard

A pair of Californians refused to meet again, and this left Anu puzzled – she had expected it to be a bulls-eye. She was borderline exasperated when she found out why.

“‘He wears weird coloured socks, and asked me if I can speak Hindi,’ she tells me, as the boy wondered on what he did wrong. I gave the girl candidate a reality check. Asked her not to fixate on non-issues, and really pushed for her to give him another shot. I knew the boy well, my gut really told me they belong together. Having said that, all I could do was push her to go on a second date – insisting beyond that would obviously be overstepping a line.”

And surely, Anu knows a match made in heaven when she sees one. The arrow may have struck a little late, yet, six months later, the two took their vows for eternity.