Celebrating national sports day with the wizard of hockey 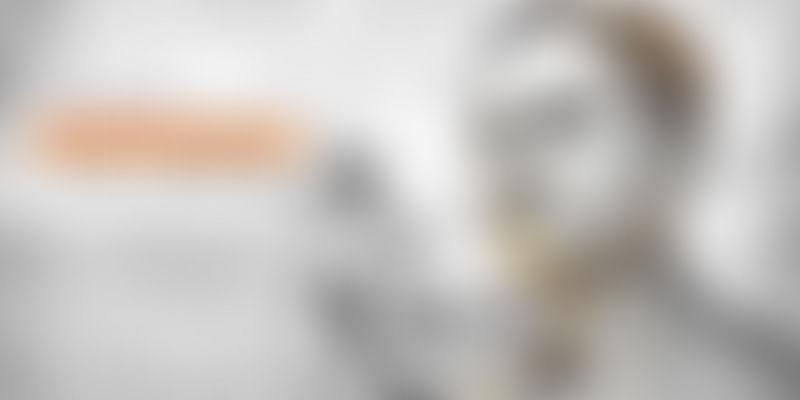 Today India celebrates national sports day. Schools across the country will organise annual sports events. The lifetime achievement awards in sports - regarded as the highest in the field in spots - the Dhyan Chand Award, will also be given away today. Other important sports-related awards like the Rajiv Gandhi Khel Ratna, Arjuna Award and Dronacharya Award will also be presented today.

The day is celebrated in memory of Major Dhyan Chand, who was born today. Widely considered as the greatest field hockey player of all time, Dhyan Chand is remembered for his leadership, extraordinary goal-scoring skills and his unbeaten records, which earned India three Olympic gold medals.

Dhyan Chand's life was as inspiring as his legacy. We as aspiring entrepreneurs and innovators following our creative pursuits have a lot to learn from him. Here's a list of 10 lesser known facts from the life of hockey's wizard, which continue to inspire us.

Dhyan Chand was born in Allahabad. His father was in the British Indian Army. Due to his frequent transfers, Dhyan Chand went to school for just six years and had to terminate education soon afterwards. He does not remember playing hockey before joining the Army.

After joining the Indian Army at the age of 16, Dhyan Chand found interest in field hockey. He used to practice hockey after his duty hours during the night, in the moonlight, and was hence called 'chand' by his fellow players. Practising in the dark also sharpened his focus and control on the ball.

Dhyan Chand brought 3 Gold Medals to India during the three Olympic Games of 1928, 1932 and 1936. In the 1928 Olympics in Amsterdam, India scored 29 goals and conceded none. Dhyan Chand alone scored 14. The media described the Indian hockey team as the eastern typhoon. In 1932 after winning the Los Angeles Olympics, the Indian hockey team went on a world tour, during which the team scored 338 goals and conceded only 34. Dhyan Chand scored 133 goals. He was soon made captain of the team. During a 1935 tour of New Zealand and Australia, Dhyan Chand scored 201 goals out of the team's tally of 584 in 43 matches. The team conceded only 40 goals.

During one of his matches, Dhyan Chand was not able to score any goal. After several attempts, he argued with the referee regarding the measurement of the goal post, which was surprisingly found not in accordance with the official width under international rules. Such were his precision and instincts.

He was named the 'Wizard of Hockey' due to his complete control on the ball. After India played its first match in the 1936 Olympics, Dhyan Chand's magical stick-work drew crowds from other venues to the hockey field. A German newspaper carried a banner headline - 'The Olympic complex now has a magic show too.' The next day, there were posters all over Berlin - ‘Visit the hockey stadium to watch the Indian magician Dhyan Chand in action.’

In the Netherlands, the authorities broke his hockey stick to check if there was a magnet inside. It appeared that the ball was stuck to Dhyan Chand's hockey stick while playing. Even in Tokyo, officials broke his hockey stick on similar allegations, and then consoled themselves saying he had added some sort of glue. On another occasion, a lady from the audience asked Dhyan Chand to play with her walking stick. He was supposedly so fast that TV analysis of his gameplay had to be rendered in slow motion.

During the finals with the host Germany in the 1936 Berlin Olympics, Dhyan Chand lost a tooth in a collision with the particularly aggressive Germany goalkeeper Tito Warnholtz. Returning to the field after medical attention, Dhyan Chand reportedly asked his players to 'teach a lesson' to the Germans by not scoring. The Indians repeatedly took the ball to the German circle only to backpedal. This was followed by a scoring spree. India won the match 8-1.

After victory in Berlin, the team raised the Indian tricolour in the dressing room and sang Vande Mataram, instead of the British national anthem, which they were obliged to sing. Impressed by his performance, Adolf Hitler supposedly offered to make Dhyan Chand a Field Marshal in the German army but Dhyan Chand humbly refused the offer.

Don Bradman and Dhyan Chand once came face to face at Adelaide in 1935. After watching Dhyan Chand in action, Don Bradman remarked "He scores goals like runs in Cricket". Residents of Vienna, Austria, also honoured him by setting up a statue of Dhyan Chand with four hands and four sticks, depicting his control and mastery over the ball.

Dhyan Chand retired from the defence services as a Major at the age of 51. He continued contributing to the game even after his retirement. After coaching for a few years, he settled in Jhansi. However, the final days of his life were not very pleasant, as he was short of money and was ignored. Once he went to a tournament in Ahmedabad and was turned away by the staff, which did not recognize him. He developed liver cancer, and died penniless in 1979, uncared for in the general ward of AIIMS, New Delhi, receiving a meagre pension.

Hockey is our national sport but is unfortunately not given its due. We need to bring back its lost glory. Today as India celebrates national sports day, let’s not forget those who followed their instincts and passion and mastered the sport, even during times which were far less favourable than it is today. As we work towards rejuvenating sports in India, Dhyan Chand’s life should continue to inspire us in the times to come.