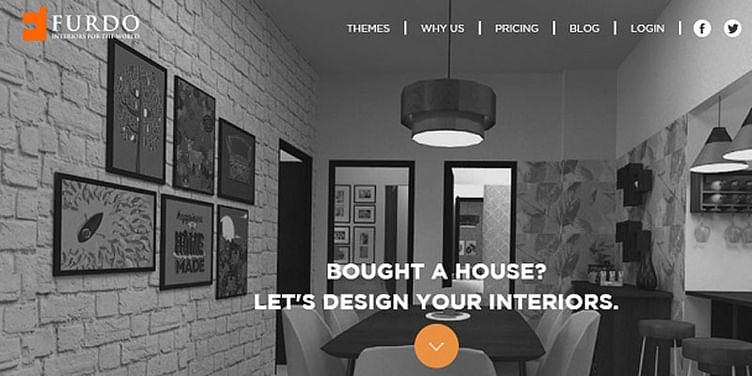 "The three of us, after slogging away on our own different startup ideas for over five years felt that it was time we got together. We had failed many times and in many ways, and felt that collectively we had exhausted all available methods of failure," says Ishwar Sundararaman, CEO of Furdo. Founded by Kiran Singh, Arvind Prakash Singh and Ishwar, Furdo is an online home décor platform that helps you visualise your home and its furniture in 3D.

The idea that furniture could be sold with 3D visualisation first came to Kiran. He had worked hard for two years to build a product for furniture selling. Earlier this year, he raised an angel round of funding of USD 4,00,000 from Bhavadeep Reddy at the start of the year. Arvind joined Kiran as Co-founder in February, and began focusing on both tech and building a supply chain for selling the furniture.

Ishwar joined the team in March as a marketing consultant. Around this time, Bhavadeep was heading to China for a week to help identify furniture vendors. When he came back from that trip, Ishwar had other plans.

He said that the team shouldn’t manufacture or source furniture, and definitely not from China, and, instead of selling furniture, should focus on design. "I told them that we will launch this solution in two months instead of a year," says Ishwar.

The idea was to partner with branded players in the home décor industry for products, delivery and implementation ability. Soon, everyone was in sync and Ishwar joined on board as Co-founder.

The team says Furdo makes interior design easy. "Right from picking a design for your home, buying all the products in the design and finally making the design an on-ground reality, every step has been simplified to make it a zero-headache model," adds Ishwar.

Apart from the pivot the major challenge the team faced was hiring the right talent. But once the website was in place, recruitment became easier.

"We launched our first marketing campaign on July 10. Within two weeks, we have 10 paid up B2C customers, locking up a revenue of approximately one crore," says Ishwar.

The team has also signed up with a builder as their exclusive interior design partner. They estimate about 1.5 crore of revenue through customers referred by the builder. A 3D output is produced applying a client’s plan. Currently, they charge Rs 10,000 for their services.

In India, the home design and decor market is poised to grow to USD 25 billion by 2015 from USD 3 billion in 2010, fueled by over 25 per cent year-on-year growth in the organised retail sector. The internet sector is growing by over 100 per cent quarter on quarter. Organisations like Livspace, which already has DezignUp and Dwll.in in its kitty is one of the major players apart from names like Urban Ladder and Pepperfry.