Taking stock of healthcare in the world of mobile startups 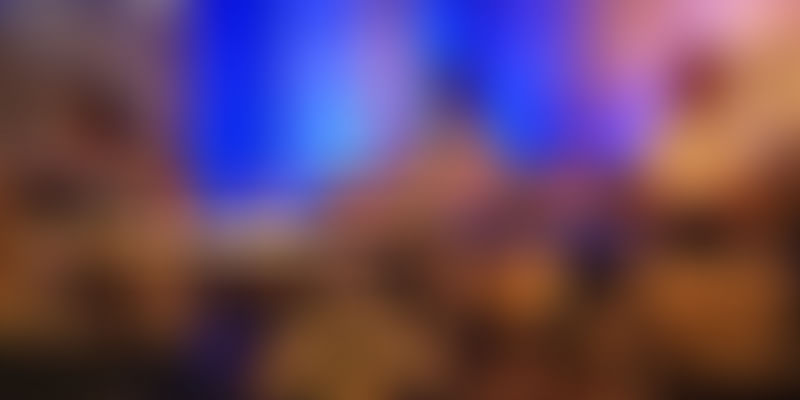 A market that was expected to touch USD 79 billion in 2012, the healthcare sector is now expected to reach USD 160 billion by 2017, and USD 280 billion by 2020. Today, it is considered one of the largest sectors in India, in terms of both revenue and employment.

At MobileSparks 2015, K Chandrashekhar, the CEO and Co-founder of Forus Health, and Saurabh Arora, the founder of Lybrate, gave us a few insights on the growing number of healthcare apps and the expansion of the medical hardware segment. If we look at trends from 2014, close to USD 6.5 billion was invested in the healthcare apps sector. This was a rise of close to 125 percent from the total amount invested in 2013.

Healthcare app and its workings

After quitting his job with Facebook, Saurabh began Lybrate. At the time, his focus was on bringing in an app that brought in the supply and worked its way up to the demand. Saurabh says that, as Indians, we focus on self-medication, because of lack of connection with doctors.

He adds that while they decided to work on the supply side, they wanted to make sure that the doctors were in place before bringing in the consumers. He adds that healthcare is a very personal and private affair.

“For anyone who wants to start a healthcare app: it’s important you make data care and security the primary concern. It should be something you address from day one, not something that you think you need to look at after you reach a million users,” says Saurabh.

The idea of Forus came from the desire to use technology in revolutionizing healthcare. It focuses on products that treat common eye problems, algorithms that smartly segregate them, and the e-portion that helps the doctor remotely diagnose problems. “The idea of bringing in medical devices was to ensure incorporation of disease management,” says founder KC.

He adds that the main factors they try to focus on are how one looks at disease management, predictive medication, and customised medication.

In the next few years, I see a shift towards customised medication. Also, geriatric care will be more focused on applications that relate to rehabilitation and home care,” adds KC.

The funding in the segment

We believe the future of healthcare will be defined by personalized insights derived from large and original data sources. We are excited by the range of companies that are now using this strategy to convert the practice of medicine into the science of medicine.”

Experts in India say that more and more attention will be given to startups that function in the intersection of healthcare and technology. (YourStory)

Working along different stages for a healthcare app

Speaking of how Lybrate has grown, Saurabh says that when the team was pitching for their initial seed round of funding, they focused more on talking about what they did not want to do. “We discussed what we had and what our understanding of the market was. We had a list of things we didn’t have to or want to do, from our understanding of the market, and those pointers are what we pitched,” he adds.

For their Series A funding, their pitch was more about scale, different ways to accelerate growth and traction. Saurabh says that it’s important for any healthcare app organizer to understand and have a clear picture of the prospective/current users of the product.

For the hardware or medical devices segment, the game slightly changes. KC says that there are several factors that come into play when you’re looking for some funding. He adds that it is important to firstly understand whether the product or device meets expectations and matches its intended use. The other factors that need to be considered are the differentiators, whether there are IPs in place, infringement, and the presence of a base number of customers.

In Series B rounds, the factors that mattered more, as medical devices organizations,were how many geographies had been covered and whether different countries’ regulatory clearances been done. “The advantage of that is that you’re protected with online several clearances in place. So it takes time for the competition to reach your level. However, there also needs to be strong focus on execution. Questions like how they are going to be serviced, sold and manufactured needs to be answered,” adds KC.

The realities of the healthcare segment in India

The paid healthcare apps market is believed to be growing at close to 33.8 per cent CAGR. In the Asian market, Japan and India are believed to be the emerging, and most promising, countries for healthcare apps. For many healthcare app organisations, creating these apps means bringing technology to an otherwise troubled system; reports have suggested that India, as a nation, has only 0.6 doctors per 1000 people.

Whether you’re making a device or a product, unless the patient takes the step towards treatment, nothing will work. It’s only the patient that can take the step. On the ground, things need to change. It is the most critical thing. Access, affordability, and awareness are the keys," says KC.