Healthcare startups rope in technology to bridge the supply-demand gap 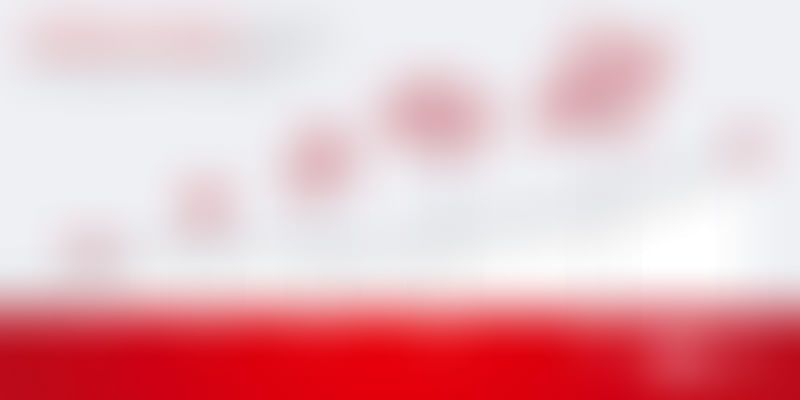 "I was surprised that the doctor could not email a report regarding my father's health history to me," Shashank ND, Co-founder and CEO, Practo.

"There is a lack in connection between doctors and patients in India, and this leads to self-medication," Saurabh Arora, Co-founder and CEO, Lybrate.

"We thought of Forus Health as a medium to use technology in revolutionising healthcare," K. Chandrashekhar, Founder, Forus.

There is a common sentiment in all of the above statements: the lack of a comprehensive system in the medical and healthcare sector. But this was close to seven years ago. Is the situation the same today? Expected to touch USD 79 billion in 2012, the healthcare sector is now expected to reach USD 160 billion by 2017, and USD 280 billion by 2020. Today, it is considered one of the largest sectors in India, in terms of both revenue and employment.

Technology in healthcare has touched two main segments: the medical devices section, which is a purely B2B space like Forus Health, and mobility space, including companies like Practo, Lybrate, and DoctorC.

Indian consumers, today, are more aware, and their expectations are increasing as well. They are more connected to the internet and mobile phones than ever before, and, therefore, they're looking for the same experience across industries. The healthcare ecosystem, too, needs to match this growing expectation," says Shashank.

Nevertheless, with the growing number of mobile and smartphones that are present in the Indian market, it is said that healthcare providers in India were poised to spend USD 1.08 billion on technology in 2014. However, several believe that it is one of the last sectors that technology has affected.

The healthcare sector is one of the last to be disrupted by technology. Nothing much had changed when you compare the scenario 20 years ago to what was three years ago. Now, of course, things are looking up.

Along with increasing innovations in the app and mobility space, the medical devices segment too is catching up. However, KC says,

There are several factors that are at play - differentiators, IP, clearances and other details. The advantage is you’re protected with online several clearances in place. So it takes time for the competition to reach your level. However, there also needs to be strong focus on execution. Questions regarding service, sale, and manufacture need to be answered as well.

Also Read: Taking stock of healthcare in the world of mobile startups

Last year, close to 7,500 startups across the globe were looking to develop digital solutions in the healthcare space. While several startups in India are working towards bringing medical practitioners and consumers closer using technology, there seems to be a problem at the supply end.

The paid healthcare apps market is believed to be growing at close to 33.8 per cent CAGR. In the Asian market, Japan and India are believed to be the emerging, and most promising countries for healthcare apps. For many healthcare app organisations, creating these apps means bringing technology to an otherwise troubled system; reports have suggested that India, as a nation, has only 0.6 doctors per 1000 people.

Whether you’re making a device or a product, unless the patient takes the step towards treatment, nothing will work. It’s only the patient that can take the step. It is critical that things need change on the ground level. Access, affordability, and awareness are key to this change,” says KC.

However, Shashank believes that the problem is more in terms of an asymmetrical spread of doctors and healthcare practitioners.

"Not only is the supply less, but it is also unequally distributed, and delivery is asymmetrical to access. There are plenty of doctors in one place and very few in others. There also isn't an easy way to find doctors; only word of mouth helps in finding them. Therefore, some doctors have a great practice, while others don't. The way you go about solving this would be to distribute information in an easily consumable format, which is easy to find and locate. This way, you're solving access problems," adds Shashank.

For anyone who wants to start a healthcare app, it’s important you make data care and security the primary concern. It should be something you address from day one, not something that you think you need to look at after you reach a million users."

Where are the funds?

Practo recently announced that it has closed USD 90 million in Series-C funding, led by Tencent, with participation from Sofina, Sequoia India, Google Capital, Altimeter Capital, Matrix Partners, Sequoia Capital Global Equities and Yuri Milner. With today’s round, Practo becomes the first Indian company to be a part of Altimeter’s portfolio. This is also Tencent’s first funding disclosure in an Indian company.

The funding will be deployed in expansion in other geographies, and in hiring and building product capabilities. Practo had earlier raised USD 30 million in Series-B round in February 2015, from Sequoia India and Matrix Partners. The company had earlier announced acquisitions of Fitho and Genii to target preventive healthcare and the enterprise segment respectively. The 1,500-member team plans to hire 500 more people by this year end.

AngelList, a social community of startups and investors to make fundraising efficient, shows a list of 7,629 companies globally, and 298 Indian companies under the healthcare category. In 2014, close to USD 6.5 billion was invested in the space, accounting to a 125 per cent increase from the total amount invested in 2013.