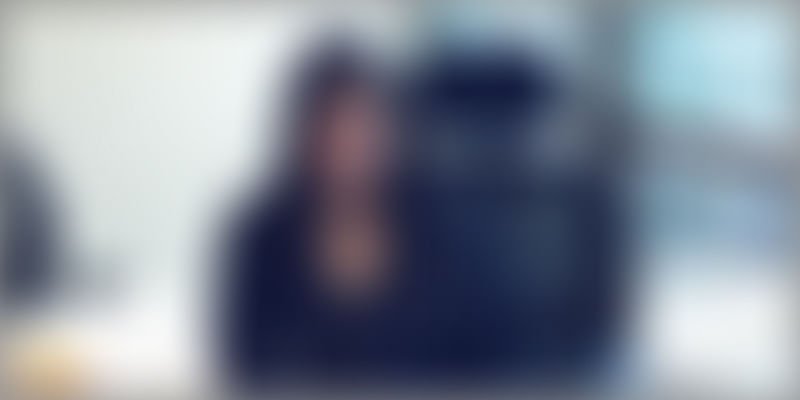 “Every international trip we went on, we found ourselves spending hours at stationery shops and I kept bringing back things that aren’t available back home. That’s when I realized that there is a huge gap for good looking, well designed diaries in India,” says Huma Asgar, the founding director of Doodle Collection, a stylish design-led brand for diaries and planners.

Born and brought up in Mumbai, Huma Asgar started her career in interior designing at the age of 20 and established herself in the next three months. She started her own home accessories store in Juhu. After getting married, she continued to practice from her husband’s office. Her husband has a branding solutions business where commercial printing is the core. This was the beginning of Huma’s passion for stationery.

When Huma started up, she realized there was a gap at the retail consumer level, quite evident in India. Potential, she thought, was a different story altogether as there always seemed to be divided opinion about it. And what’s more striking, the staunch opposition came from close advisors, citing digitisation and the dwindling interest in paper diaries.

“It is just a matter of time before you would realise and shut down, they told me,” says Huma. But the founding team comprising Priyanka (the creative head and Huma’s friend), Imran (the experiential division head), Huma and her husband Husain, were convinced otherwise. They thought they could innovate something special and carve their niche in the competitive market.

The team was led by the belief that everyone wants to make a statement and everyone would want to carry a diary to meetings or use it personally. Huma’s team was clear on their vision – they wanted to create diaries to suit the personality of the owner.

We have always designed products keeping people in mind. Moreover it is designed in-house and we ensure that we maintain a very stringent testing standard. The customer rating too has been great for our products,

says Huma adding that they decided to meet any challenge head-on, if needed.

There were many hours spent on researching the cover material, paper quality, printing and binding techniques and accessories. The first few designs were approved after a lot of in house discussion.

The Doodle Collection was put out with the tagline, ‘The Joy of Writing’. The team practiced hard and with further research and a little more finesse, they seemed to be getting there. Till date, the team has 120 different designs aimed at varied audiences – be it the working executive to the creative artist, the quirky and youthful to the sober and elegant. The company is doing brisk business with 100 touch-points in the retail sector and around 40 in the e-commerce sector, including the big giants.

With a customer base of more than one lakh people, Doodle Collection has sold over 150 thousand units in a span of just two years.

“Our style of personalizing diaries got many corporates interested. It helped that they were looking for something different and unique for their internal and external stakeholders. We started with a unique Doodle Connect – a division that customizes diaries providing an effective communication platform and unbeatable retention value,” says Huma. The company has so far crafted special diaries for varied customers across sectors, be it Yashraj Films, BookMyShow, Kotak, Dubai Investments, HSBC, Tata AIA, Johnson Tiles etc.

“There is unlimited scope for innovation and creativity in this business. We are now looking at expanding to USA and Canada, to compete with the existing international players,” says Huma. With a turnover of over three crores in its second year itself, the company looks good to grow manifold in the coming days.

Getting the balance right

While concentrating on her business and getting newer ideas to expand it comes easy to entrepreneur Huma, it is to strike the right balance between her two kids and her venture that keeps Huma on her toes.

“Now that they are 10 and 8, they understand the pressures of my work but as a mother I try my best to wrap up work early to spend quality time with them in the evening,” says Huma who says she was always an independent person who had grown watching up her mother, a lady with an independent mind. And the fact that she grew up in an environment where everyone was treated equally, irrespective of gender, was also a great inspiration for Huma.

Now the fact that her children are proud of their mother’s work, gives Huma great joy.