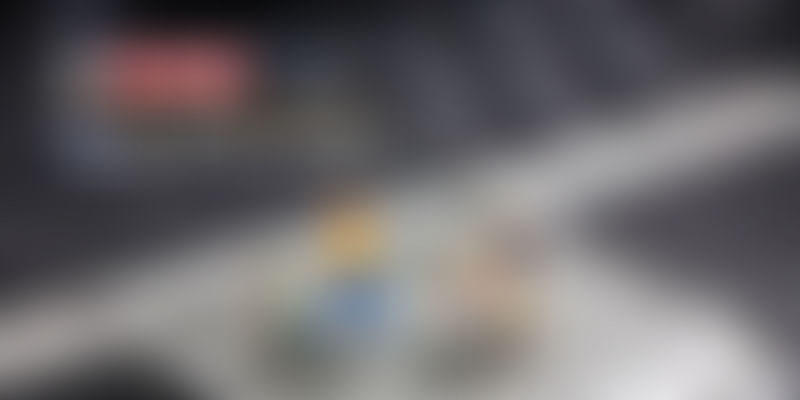 Flipkart has emerged as the favourite online shopping brand for Indian consumers in a survey conducted by YourStory. Amazon.in has come in second, with Snapdeal rounding up the top three.

We ran a survey on YourStory.com to find out the e-tail site that ‘you’ prefer. Over 1,000 of you filled out the survey, which included questions like which is your most preferred e-commerce brand, how do you access the site and how much do you spend in a month. The responses gave us rich insights into the behaviour of online shoppers.

It might not seem surprising that Flipkart has emerged on top. They are the legacy player in e-commerce despite the fact that the company is only eight years old and there were other online retailers in the country when Flipkart was launched in 2007. Yet, experts say Flipkart is the ‘real’ first-mover in Indian e-commerce.

“Flipkart had a head start over others. They created the category and became synonymous with e-commerce,” says Ankur Bisen, a Senior Vice President at retail advisory firm Technopak.

Meeta Malhotra, who was a Partner at brand and design consultancy Ray+Keshavan that was acquired by WPP-owned Brand Union in 2006, says:

Flipkart also built the template for others to follow, especially in the area of service. “For many, Flipkart is the first online shopping site they tried. They made Indians believe that if you place an order you will get that product in your own home.

Amazon.in, which was launched in mid-2013, has managed to take the competition to Flipkart despite the big lead the home-grown e-tailer had over the US company. Meeta says the fact that Amazon was a big global e-commerce brand worked to its advantage. “Amazon entered India at the right time. They also read the Indian market’s love for range correctly and early,” she says.

Right from Day 1, we have been focused on three things that matter most to customers—providing a wide selection of products at the right value and a fast and reliable delivery experience.

While Snapdeal has come in third, Meeta says the Delhi-based company has managed to create a very strong brand proposition. “Snapdeal’s promise is to deliver the best deal, nothing else. The audience knows that. That is a success in terms of brand building,” says Meeta.

The large pools of capital that the trio have at their disposal has also helped create a loyal brand following.

Building a brand is ultimately an expensive exercise. First and foremost, you need to have a big wallet in order to do so

says Kartik Hosanagar, a Professor of Technology and Digital Business at The Wharton School of the University of Pennsylvania. His research work focuses on Internet media, Internet marketing and e-commerce.

The companies made the right moves too with the money, focusing on building operational infrastructure like warehouses and investing in mass media campaigns to build credibility.

“While building the on-site experience, we were equally focused on building an impactful, relevant and engaging brand experience,” says Amit of Amazon. The company also ensured they were associated, through their ad campaigns and sponsorships, with big bang events IPL and Amazon India Fashion. Flipkart and Snapdeal had not responded to email queries until the time of publishing.

Interestingly, the top three have maintained their positions even in the ranking of second most preferred e-tail brand for consumers.

Consistency is the key

Consistency of experience came up as the single most important reason for preferring one site. The second most important factor turned out to be reliable service and delivery—two areas that have a deep and lasting impact on experience.

Discounts and offers, which online retail sites have given out to shoppers with a free hand, was the third most important element. We did not keep this an “either-or” option as shoppers typically have multiple reasons for choosing one brand over another.

This has important implications. It might give e-commerce brands some relief to see that consumers are now choosing a site for the experience over discounts. However, it remains to be seen how many shoppers will move away from online the day the offers are the same as in brick-and-mortar retail.

At a time when e-commerce ventures are focusing on the mobile platform, specifically mobile applications, consumers have made their preference for the desktop/laptop browser quite clear. A whopping 67.1% have chosen the browser over the app and the mobile site.

“This is a very interesting finding,” says Wharton’s Kartik. He says Myntra’s move to app-only and Flipkart’s reported similar move are driven by the fact that mobile accounts for the vast majority of their traffic and, in the long term, it gives them a reach that desktop simply will not. “On the other hand, your survey clearly highlights the risk they are taking.”

For Snapdeal, about 75% of its monthly revenue comes directly through mobile. Over 60% of traffic for Amazon comes from mobile channels. However, all three firms keep offering heavy app-only discounts. It remains to be seen how much of the traffic and in turn transaction is driven by these deep discounts.

However, the mobile app has an upper hand over the mobile site. Experts say this is an indication that app is the platform of the future.

“The trend is towards the app by a sharp margin. If this survey was done two years ago, the desktop would have been most preferred by a bigger margin,” says brand expert Meeta. "As a company you have to look to the future. That is what these companies (who are focusing on app) are doing—betting on the future."

It will continue to be our flagship experience. However, as a customer-obsessed company we will enable our customers to shop anytime, anywhere and anyway they want including a mobile and a desktop site.

Close to half the respondents shop online at least once a month. But if we include those who chose ‘couple of times a month’, ‘at least once a week’ and ‘more than five times a week’, the numbers go up dramatically to an impressive 80%. This survey makes it amply clear that we are now a nation of online shoppers.

While this is good news for the online brands, the bad news is that spends are still low and the basket is still dominated by electronics, fashion and books.

Over 80% of respondents say they spend under Rs 5,000 on online shopping a month. But over 55% spend even less—under Rs 2,500 a month. However, experts say this should not be a cause for concern. “This number will grow steadily over time and is the reason why Amazon, Softbank and others outside India are pouring money into Indian e-commerce,” says Wharton’s Kartik.

A bigger concern is the dominance of electronics, fashion and books in the online shopping carts of buyers. These three categories account for a staggering 89% of online shopping. “With just these categories you can’t dramatically increase spend per customer,” says Technopak’s Ankur. These categories bring in the volumes and have so far driven their growth.

They will hit a ceiling with these categories. The companies need to capture the entire consumption basket of consumers.

It is still an open field

But does this mean Flipkart is the uncontested king of the online shopping kingdom? The answer is an emphatic no. “This does not mean Flipkart has arrived. The market is not yet mature,” says Ankur.

Flipkart has two well-funded competitors snapping at it heels. Paytm, which has raised $575 million and has come fourth in the YourStory survey, is also a serious contender. Apart from these large multi-category players, scores of new companies are giving competition in specific categories and in the hyper-local space.

To stay ahead and create loyalty, Flipkart needs to create an emotional connect with consumers the way brands like Amul have done. Says Meeta:

The danger now for Flipkart is why should someone choose them over others when everyone’s offering the same set of products and an equally good experience. Flipkart needs to give a good answer to the consumers for this question.