Behind the scenes of the startup that is aiming to streamline India's $2.28B filmmaking business 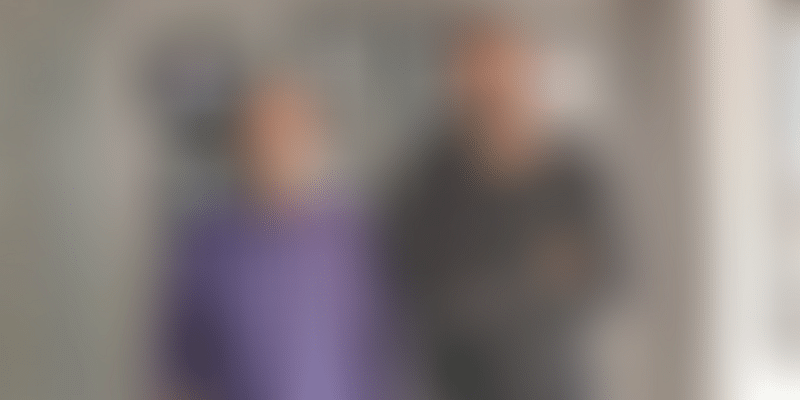 Launched in 2017, Mumbai-based startup Filmboard is solving the producer’s problem, and, in the process, streamlining the way film productions are carried out in India.

Filmmaking is as much a business as it is an art. India, which is home to Bollywood and several thriving regional film industries, sees over 2,000 movies every year being produced in more than 20 languages. Despite the volume and magnitude of the sector, the way films or any other audio-visual content are made still continue to be archaic and in need of urgent disruption.

Most projects, explains marketer-turned-ad-filmmaker Sandeep A Verma, do not have predictability in terms of the cost or timelines and tend to go over budget with unexpected delays, unmet promises, and a lack of organised network. The need to streamline film production processes in Bollywood, an industry valued at $2.28 billion, is imperative today, in order to bring it at par with its global counterparts.

It was this vision of redefining the content creation process and turning the Indian industry into a hotbed for both creative and technical talent that set the ball rolling for Mumbai-based Filmboard. Launched in 2017, the idea was conceptualised and executed by Sandeep along with his college batchmate-turned-co-founder Rajesh Butta, with a simple aim – to solve the producer’s problem.

According to Sandeep, for a producer the uphill task is not in sourcing talent but dealing with the heavy infrastructure/cost items like locations, equipment, and so on. This is the challenge the team at Filmboard has set out to solve.

“Indirectly, the competition are the existing line producers who execute projects. These are freelancers all over India with no training and professional system of working, executing projects worth more than Rs 35,000 crore annually,” explains the Co-founder.

An omnichannel B2B marketplace for filmmaking, Filmboard has over 7,000 listed service providers from across India who are willing to transact at transparent rates. These include creative talent (including actors, dancers, dubbing artists, voice artists, talent suppliers), crew (choreographer, hair and makeup, costume, production, and post-production), and service providers catering to equipment, studios, and travel and vehicle rentals.

“Each of these service providers is verified, rated, and reviewed by past users of their service, so that buyers (producers/filmmakers) can easily identify who they want to work with and why, figure out their availability, compare rates and book them end to end,” Sandeep explains.

With such assimilation of services on a single platform, the idea is to basically put the producers in a position of power where they are no longer dependent on freelancing line producers, a segment of the creative process that according to the duo behind Filmboard, operates with a high degree of indiscipline and a lack of integrity.

“Our insight is that with the influx of cleaner source of funding via international studios like Sony Pics, Viacom, Disney, etc first and now Netflix, Amazon, along with the listed Indian entities like Alt Balaji and Zee5, accountability and transparency of production expenses is going to be more and more in demand,” says Sandeep.

Filmboard is at the cusp of this change, he adds.

The startup is currently a team of 11 people, comprising a mix of industry experts, people from operations and sales, and tech professionals. This is besides the founding duo, whose coming together is as interesting as the business model itself.

Sandeep, who comes from an engineering background with experience in consumer marketing and advertising, met Rajesh during his college days at BITS Pilani. Both knew of each other at the time but weren’t well-acquainted. Cut to almost 25 years later, and the two find themselves crossing paths once again – this time, at their batch reunion.

“When Rajesh and I met, I had in mind the pain points Filmboard would need to solve and some idea about how to solve them,” quips Sandeep. “Rajesh brought great technological insights, and I was very excited at the possibility of us coming together.”

Rajesh has conceived and executed several large-scale technological projects before taking the entrepreneurial plunge, the most notable of them being an SMS-based train ticket solution for the Indian Railways.

“Rajesh is the details man, who gets into everything,” Sandeep says, explaining how the different skill sets that the two bring to the table—one with deep domain insights and the other with technological know-how—makes for a great founding team.

Together, the duo is working towards a single objective – to induce world-class standards in the Indian filmmaking and content creation process. As Sandeep points out, there are scores of overseas projects waiting to come into India but producers and production studios abroad require an easy, seamless, and professional entry and exit.

“One of the key visions of Filmboard is to provide such a platform for overseas work to come in - this will lead to a surge in opportunities for the tremendous talent that exists in India,” he adds.

Leading innovations in the M&E space

One of the key USPs of Filmboard is the many innovations it is introducing in the media and entertainment (M&E) space. This includes the BidnBuy feature, which allows the buyer (producer) to go beyond his/her immediate network to reach out to a larger set of vendors to bid for a service he/she wants, or for the execution of the whole project.

“Our first trial post, based on a genuine requirement, received almost 20 bids in the first two hours itself. This is when we have hardly spent any money on promotion on social media,” says Sandeep.

Apart from the BidnBuy feature, the team at Filmboard is also in the process of launching a GPS-driven actor’s app, aimed at helping bridge the gap between talent and production houses/casting directors. According to the Co-founder, the idea is to upgrade the app in the future to allow live online auditions from anywhere in the world, customised so that the director/assistant director can direct an actor on how to do an audition better.

Besides this, the startup is also working to roll out an innovation, called the ‘Spot Rates’, which makes uses of the excess inventory available with the vendors.

“For example, a camera vendor may have 10 cameras and we have seen that a lot of them have, on an average, under 40 percent of utilisation,” explains Sandeep. “So, we have convinced many of them to drop rates on excess inventory for limited periods. Producers can then execute projects cost-effectively, and excess inventory also gets used.”

All booking, however, are done through the Filmboard portal, for which the team is also developing a unique proprietary software to execute projects. The startup charges between 12 and 20 percent of the project value for line production. This is besides the “convenience fee” that Filmboard can charge in certain cases.

“We have earned a total revenue of Rs 78 lakh, of which Rs 61 lakh is from our premium line production services. We are going at about 10 percent growth month on month. Our GMV (on marketplace portal) stands at Rs 17 lakh,” adds Sandeep.