After being rejected by investors, this entrepreneur finds his true 'eureka' moment on a train journey 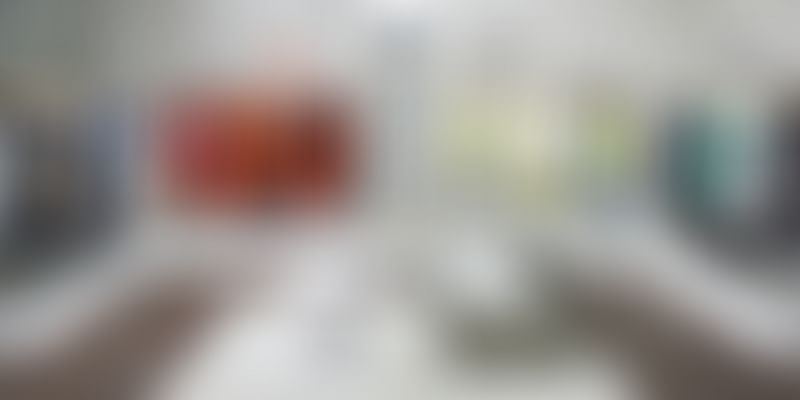 It took a train journey from Ahmedabad to Pune for Shalin Jirawla, Co-founder and CEO, Mall-Story, to pivot his idea from a visual mall tour app to a fashion discovery platform. Based out of Pune, Shalin decided to pitch his idea to various advisor-mentors and investors. Though he managed to get a company on board, the alliance unfortunately did not go through. Soon, he began looking for investors to get the initial seed funding. However, unable to convince people, he decided to build a basic .net prototype before approaching investors in Ahmedabad.

It was during that transit that Shalin met motivational speaker Rajesh. While the duo got chatting, Shalin ended up talking about his idea and plans to him. Rajesh said his idea had the needed intelligence and emotion but lacked in addressing a problem quotient. In other words, what will people possibly gain out of his idea?

"I started looking at my idea objectively. After this, I realised people actually need to access all the fashion stores and destinations through one platform. That was my Eureka moment and I decided to pivot my idea by the time I reached Ahmedabad," says Shalin.

There were plans to meet two people in Ahmedabad; one asked for a 70 per cent guarantee and another refused to meet him. Shalin then was introduced to Keyur by his uncle. Keyur invested into the idea for 40 per cent equity. "The fact that we had technical expertise helped our cause," says Shalin.

Keyur handles technical issues like database, web APIs and performance, while Shalin handles UI/UX selection. Shalin has curated a list of 500 fashion stores which have good footfall and trendy collections from all the cities he has travelled to. He says that Mall-Story today is a fashion-discovery platform, which aims to connect people to all the fashion stores near them.

The team decided to scout for stores and malls for offers and new arrivals, so that it could immediately update the same on the platform. Apart from this, it realised that only celebrities are looked upon as style icons. "We thought this didn't make sense, as even regular people can be stylish. Hence, we decided to create a follower system, where consumers can follow regular people whose style they happen to like or find interesting," Shalin adds.

Mall-Story also gives customers the option to look at profile pages of different stores, containing all the necessary details of the store. The team claims to currently have listed over 100 fashion stores in Delhi, Mumbai, Pune, Bengaluru and Ahmedabad.

These stores are currently being registered on the platform for free. However, the startup intends to adopt an annual subscription model. The team is also looking at an advertisement model for brands. "We've built the app in such a way that it showcases the trendiest stores in a particular city right on top," says Shalin. For the first three months, the venture is targeting 15,000 downloads. The app will be launched in September, but the team says there is already good traction on social media.

On the challenges he has faced till date, Shalin says putting together a team that believed in an idea and had passion towards achieving was difficult. Apart from that, he says that implementation of the idea had been hard too. "Funding is another hassle. I believe investors should believe a little more in the idea and be willing to take risks," he adds.

Is fashion discovery, along with hyperlocal, the next big thing? It will be interesting to see if it will garner attention and funding.