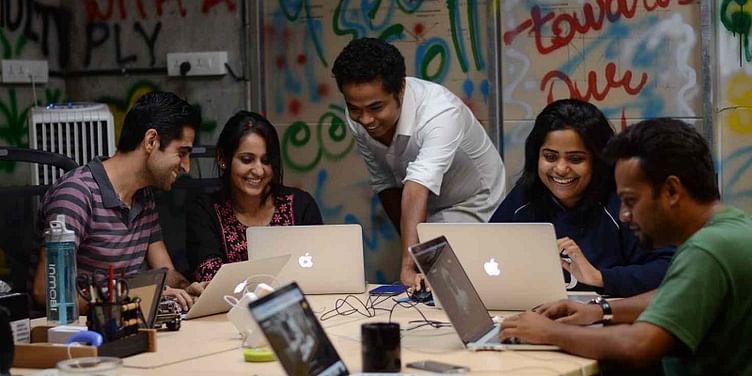 India, he says, has the highest number of poor people in the world and there is a need to bring in sustainable forms of poverty alleviation. In order to do so, the foundation believes that it is important to build a strong 360-degree skills training. Atul says that there are several organisations and groups that focus on education and skill training, but this does not ensure lifetime alleviation from poverty.

Citing an example, Atul says a driver happened to meet with a serious accident once. He was hospitalised for months and didn’t have a continuous source of income to pay his bills. He had to sell of his fleet of cars that he had painstakingly built. “He had no accident insurance nor enough savings,” adds Atul.

Today, while there is focus on providing livelihood skills to people, more needs to be done, feels Atul. “Most people hop from one job to another, and, in some cases, even lack work ethics and motivation. This leads to them jumping from one low paying job to the next,” he adds.

While Atul was the Chief Revenue Officer at InMobi, he knew he wanted to do something in the social space. His first tryst with social entrepreneurship started at EndPoverty, where he began as a volunteer and went ahead to become the chairman. It was at EndPoverty that Atul got all his firsthand training at solving grassroot issues.

“Initially, when I started, I focused on the education sector as I believed education is required to understand the importance of healthcare. My teammates were, however, insistent on health camps. As the village EndPoverty had adopted there were rampant cases of women suffering from blindness at an early age due to lack of vitamins in their diet. So I agreed. It was an indescribable feeling to witness a woman opening her eyes and seeing light after 25 years,” says Atul.

He adds that with education it takes years of trust to get people to send girls to school but healthcare is different. It works as a great opening ground for people to lay their trust on you.

Thus, backing on his experience and passion towards the social space, Atul began The/Nudge Foundation. Arun Seth, ex-Chairman, BT & Alcatel-Lucent, who is an advisor to the foundation, says,

Seeing how skill-deficit we are, especially at the grey-collar level, I believe that opportunity is the only way to pull India out of poverty in our lifetime; but it is one of the biggest unsolved issues. The/Nudge Foundation is focusing on the right areas with the right aspiration. I am excited by the possibilities, not just for the social sector, but for the economy as well.”

With Nudge, Atul intends to open ‘gurukul’-like systems that will provide complete soft-skill training to impoverished individuals. Atul says that just imparting or training people in hard skills won’t help, as people who do not get a chance to have a formal education have missed out on close to 15 years of social skills training and other much required soft skills.

Hailing from very different backgrounds, they’ve seen life in a different light. We have understood the basic sanitation and hygiene factors, which they haven’t. It would be unfair on our part to expect them to learn these skills without training them on all the soft skills that we have received in our 15 years of school life,” says Atul.

He notes that India will continue to add one million people to its workforce every month for the next 15 years. “While initiatives will be made to ensure individuals are trained in hard skills, it’s important to make them understand and value the finer aspects,” he says, adding that mere imparting of hard skills will cause high attrition, low productivity and no career growth.

The/Nudge Foundation currently works out of the InMobi office space and Naveen Tewari, the Founder and CEO of InMobi is also a part of the board of advisors. “Atul and I have worked together for many years now. At The/Nudge Foundation, his passion for social impact is marrying his ability to plan and execute at large scale. I am very excited to be a part of this meaningful journey,” says Naveen.

Atul says that his motivation to keep Nudge going is his belief that every human being deserves to live a life of dignity, a life that is free of poverty. The/Nudge Foundation ‘gurukul’ is a fully- residential programme that focuses on social development, health and wellness, personal development, family management, financial management and employability.

The foundation even focuses on education skills like reading and writing, spoken and written English, workplace English and numeracy. It has tied up with content partners like Karadi Path and English Leap amongst others. The foundation also adds hard skills training within the programme. “It’s a school life created for adults, We even have a life support system, which aids the graduated students at time of need,” says Atul.

In the coming months, the foundation aims to open several owned-and-operated gurukuls, followed with scaling across customer segments, begin pilot on franchising Gurukuls with other NGOs and soon scale across India.

Manish Dugar, CFO of InMobi, who is part of the board at The/Nudge, says:

“When someone at the peak of his career gives up everything, many more join him selflessly. It is an inspiration and the trust in the team to figure out the right model of empowering the underprivileged youth with capabilities and skills needed to live a life out of poverty makes the belief that much more firm. I would derive great personal happiness and hope for an impact, if I can contribute in some way to make this successful”

The/Nudge Foundation has Hugo Barra, VP, Global Xiaomi, Neeraj Arora, VP WhatsApp, Vijay Shekar Sharma, Founder Paytm and One97 among many others on its board.