The pain and agony of losing my startup 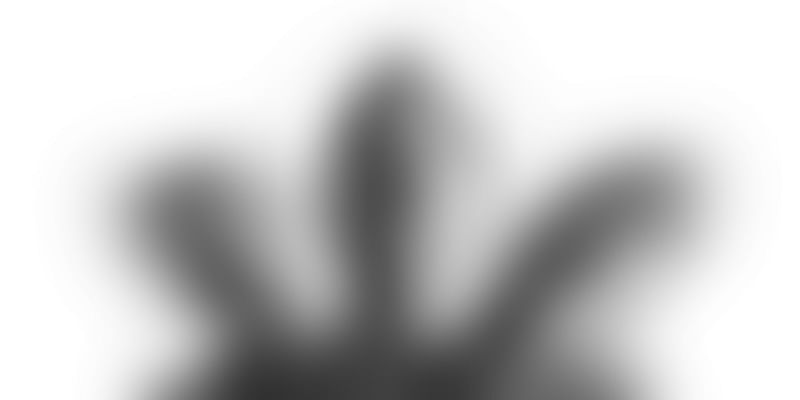 Belonging to the Marwari community, taking up a job was never on the cards for me. In fact, I was the first one from my family to ever take up a job. By sheer accident, I landed up in IT industry, but was never happy in a job and wanted to move out.

I was looking out for an idea to start an online business. In 2011, I started selling apparels online. On the side, I used to run a ‘deal aggregation’ business which was making money; but I wanted to do something different. It was in September, 2012, that a family friend committed to invest Rs. 11 lakh in the online grocery business I was planning to launch. We launched www.punexpress.com on 26th October, 2012, in Pune: delivering groceries to seven different neighborhoods. (full story)

Around this time I was also about to get engaged [in September, 2012]. A few relatives of my fiancée visited my place to finalize things, and were surprised to learn that I was serving the notice period at my job. I was asked to continue my corporate job; but I knew if I decided to back out, it would be difficult to start all over again. Instead I declined to continue with job, and the relatives left, disappointed. My family, too, was unhappy with the outcome and no one talked to me for a few months. My family was not at all happy with my selling groceries online; and continued to pester me to get married and continue the job. Finally, they relented, after much convincing from my side.

We finally launched in October, 2012, and we received our first order the moment we went live. It was difficult in the initial days with just three-five orders a day; but things changed in a couple of months. We were getting popular in town, and were getting a lot of enquiries from areas where we did not operate in. We started off with an initial capital of Rs. 3.5 lakhs and were running an inventory led model. Soon customers demanded more depth in each category; and also demanded more categories. We slowly added more products: from 500 products on day one to 2000+ in three months. We tied up with local suppliers for new products; and we used to procure the products just-in-time. We were featured on online and offline media, and started getting enquiries for investment.

I stayed at our warehouse for the first three months. I visited my parents’ home only three days before I was to get married in January, 2013. My family was still not happy with me and wanted me to quit. We got our largest order, in terms of cart size, on the day I got married. I was more excited with the order; and was thinking about how we would fulfill the order the next day, since we had no delivery boys. My co-founder and I were doing deliveries since December, 2012 as we were unable to hold on to any delivery personnel to work for us beyond eight days. That is why we ended up doing it ourselves. I skipped plans to travel after marriage; and decided to start expanding our delivery areas.

Our investor had committed to put in more funds once we achieved a certain number of orders - on a daily basis. In the mean time we refused offers from two angel investors who wanted more than 50 per cent stake for Rs. 10-15 lakhs. To our surprise our first investor refused to give us more money; rather, he asked us to return his original investment. He was investing in an offline store and was no longer interested in Punexpress. I remember one of my relatives calling my father and asking him to consult a psychiatrist for me.

Both my co-founder and I were left clueless and decided to look for more options to continue the business. We started pitching to angels and family friends; and in parallel were delivering the daily orders ourselves, since we were running out of money. At times we were unable to fulfill orders, but decided to carry on somehow. From March, 2013, we started buying goods from D-Mart and Reliance on credit cards and delivering to customers. For the next three months Citi Bank and HDFC Bank credit cards were our so called investors! Both of us lost weight (more than 10 kgs. each) but somehow we managed to deliver the ever increasing number of orders.

Let’s fast forward to May, 2013: I got a call from a VC firm for an investment. At the same time two startups [in the same space] from Mumbai called us for a strategic alliance, and another one for possible investment. We visited Mumbai and were in talks with all three of them [in parallel] for possible investment. While things began to look up and move in the right direction, my wife survived a miscarriage, and we lost our child. It was entirely my fault as I never really took care of her. Everyone at home was angry. I didn’t know what to do next. I had lost my child. It was painful.

The following week, when I was in Mumbai for a meeting with the founder of a startup, I got a call from another startup in Pune. The startup was backed by a large IT company listed on the BSE. We were excited. We met the founder and discussed possible opportunities. He said that they were looking to strengthen their product offerings, and wanted to add grocery as a category. They were doing multiple categories including ‘FnV’; they had corporate tie-ups and access to a number of large corporates. They had been in business for three years; they offered us an offer of acquisition. We were now confused with the multiple options on our plate. The other three prospective investors were taking time to complete the formalities. So we decided to join the Pune startup; also, we were left with no further credit limit on our cards now. We decided to run both websites in parallel; we added grocery as a category to their website. We closed our warehouse and moved to their office; but continued to run Punexpress. We started delivering across Pune and PCMC. We started doing close to 60-70 orders a day and had big names from Pune as our customers. Within one month of this new operation we started doing 100+ orders, and finally, we were happy with our decision.

Two months into the operation, one fine morning we were informed that our investor had written off his investment - and we were left looking for funds. Our half of the team didn’t turn up to work the next day. They didn’t even return the assets they had (laptops, phones, etc.) In two weeks we were down to five people. I, too, decided to quit as there was no hope or scope to continue the show. That’s how I lost my second child - Punexpress. I took up my old job again, and decided to wait for things to normalize.

This week we’ll be celebrating the first birthday of my son ‘Riaan’. Things have normalized now; and in the mean time I started a milk delivery business in a few areas of Pune. I scaled it from 10 liters a day to 500 liters a day. I sold this delivery business to a family friend. Now I’m considering taking risks once again by joining a startup or starting up once again!