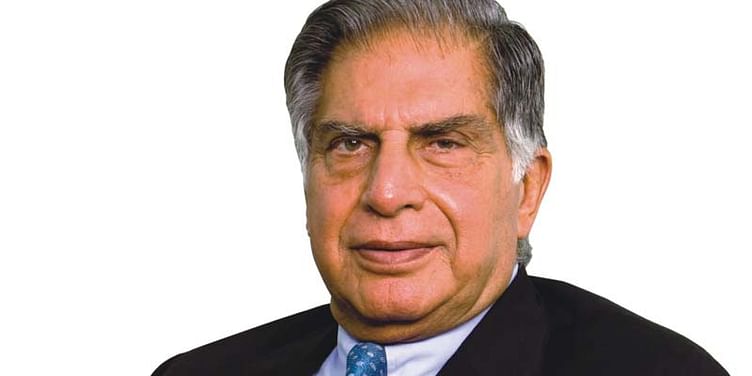 Tata Trusts signed an MoU with the Andhra Pradesh Government to develop 264 villages in Vijayawada Lok Sabha constituency to work in bamboo cultivation, fisheries, health and nutrition and village development. Andhra Pradesh Chief Minister N Chandrababu Naidu said it is the first time that such huge number of villages are being developed by a single institution or Trust in the state. Tata Trusts Chairman Ratan Tata was present at the time of pact signing.

“This will set an example in the country as it will be mentored by industry titan Ratan Tata. I’m impressed with the background work and research Tata Trust has done on these villages”, the Chief Minister said. Tata said he will advise the AP CM to bring more industries to the state. “I will advise him (Chandrababu Naidu) on bringing new industries and ideas to Andhra Pradesh. At the end of my career, I realise that money can’t buy one thing and that is to create an excitement in your life. At this point of time, to be associated with Chandrababu Naidu is what creates that excitement within me. The new state will have every bit of support that I can personally give”, Tata said.

In an interactive session with industrialists, Tata shared his views on the startup ecosystem and about the way he chooses to support startups in the country. “The kind of startups that excite me are those which do not emulate startups in the US or anywhere in the world. Successful startups are those, which strike a chord within India and overseas as well as reflect the confidence investors have in them,” he said in response to a question from a young entrepreneur. Explaining his views on the technologies that need attention in India on being asked by a woman entrepreneur, Tata said applications of technology that meet energy challenges, issues of clean and safe drinking water and health are the issues India needs to look at.

“Ratan Tata is a symbol of India and its industrial might. He has shown how to carry out ethical and moral business. This has made his Group sustainable,” Naidu said. Member of Parliament Kesineni Srinivas is the person to bring the proposal to Mr. Ratan Tata to endorse Tata Trust’s initiative of developing 264 villages in Vijayawada constituency, a press release from the state government said.