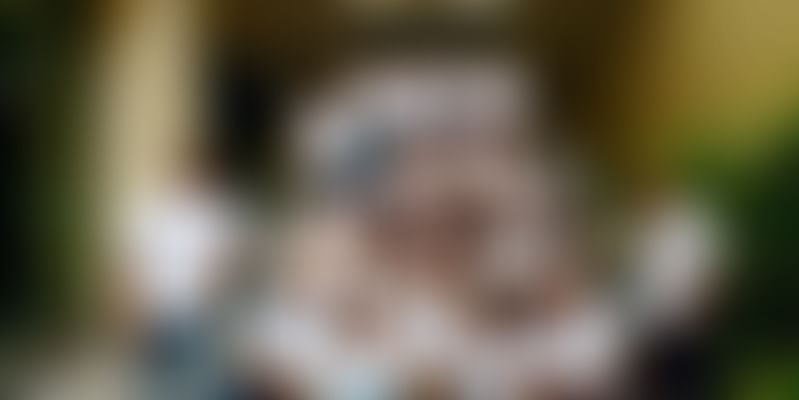 Most of us have stood at crossroads in life, while wanting to do something we really believe in. Bahul Chandra went through something similar. After working with more than 2,000 clients across UK, Australia and America, developing over 1,000 web systems and 2,000 applications at his venture, Dotsquare.com, Bahul started something he finally believed in.

It was Christmas of 2014, and Bahul and Prashant were spending time with their family members in Jaipur, when around lunchtime, Bahul received a call. It was an invitation extended to his son to attend a classmate’s birthday party. Although it was good for his son to socialise, Bahul couldn’t recall this particular friend, and was a little wary to send him to the party.

This had the duo talking. They realised there was no platform for parents to have direct contact with other parents on a day-to-day basis. Not only was there a lack of networking, but also a lack of peer support, with school-related interactions being either very limited or need-based. Thus, the idea for ScooTalks, a networking platform for parents sprang up.

Having two kids of age seven and three, Bahul tells us:

We spoke to a couple of other parents in the process and realised that usually the moms have Whatsapp groups to discuss issues related to child development. We also felt that the role of dads was becoming increasingly limited. Thus, we wanted to bring everyone, including teachers, under the same roof, while simplifying communication and eradicating the ‘diary culture’.

Launched in June 2015, ScooTalks is a professional community with communication tools and applications (web, Android and iOS) connecting teachers and parents. According to the co-founders, Prashant Gupta and Bahul Chandra, the value additions come in the form of services aggregation while helping parents learn and collaborate using blogs and posts.

Jaipur’s St. Xaviers School was one of the first schools that adapted ScooTalks into their vision. As of now, 19 schools all across Rajasthan use the product. With approximately 6,000 paid users on their platform, the venture plans to increase it to 2.3 lakhs in the coming months.

Bootstrapped with an initial investment of 1.5 crores, the platform endorses eight different modules. Some of them include aggregation of event planners, child experts, local tutors, forum for discussions as well as news for children. Currently, the child experts comprise predominantly of paediatricians but the venture plans to introduce child counsellors with time, allowing them to participate in the discussions and give free advice to parents.

Of the growth they are witnessing every day, Bahul says:

Every new school signup simply adds a spring in our step. For example, even if one class in a school signs up for the platform, we are increasing our footprint by 70- 80 parents. Our users are getting doubled every three weeks. Our target is to reach 5 million active users.

Since the revenue model of the startup is subscription based, ScooTalks charges parents via schools an amount of Rs 499 per year, per student. Bahul adds the company is looking forward to securing revenue of Rs 5 crores by the end of this year.

Functioning with a team of 40 members including web and content developers, data collection and verification researchers, social media experts and sales and marketing professionals, ScooTalks is expanding the presence of its offline engagement team to about 60 individuals in the coming months.

Trying aggressively to increase its footprint to about 40 cities, the venture wishes to expand business development to cover cities like Mumbai, Gurgaon and Delhi.

In the next six months, one can see ScooTalks conducting on-ground events like conferences, where the primary goal will be to educate parents, teachers and school principals to receive sign-ins. Every school signing in would add 3,500 children, 7,000 parents and 200 school teachers and allied staff to the venture.

The venture is already in talks with a few investors to raise funds as well.

Of the lessons they’ve learnt so far, the co-founders feel that they could have approached ScooTalks one module at a time. Developing the entire product in one go, made them realise that the users were unable to engage with any particular section fully. This resulted in more efforts being put to educate the test group. Thus, the venture had to revaluate the modules and streamline them to ensure a smoother experience.

According to the EY- FICCI report, the K-12 school system in India is the largest in the world including 1.4 million schools with more than 250 million students. When looked at the private school sector in the top 20 States, their enrolment accounts for nearly 55 per cent share of enrolment at the secondary/higher secondary level.

Moreover, with majority of the venture’s users in private schools and the sector growing at a CAGR of 4 per cent, the startup has a huge potential audience to tap into.