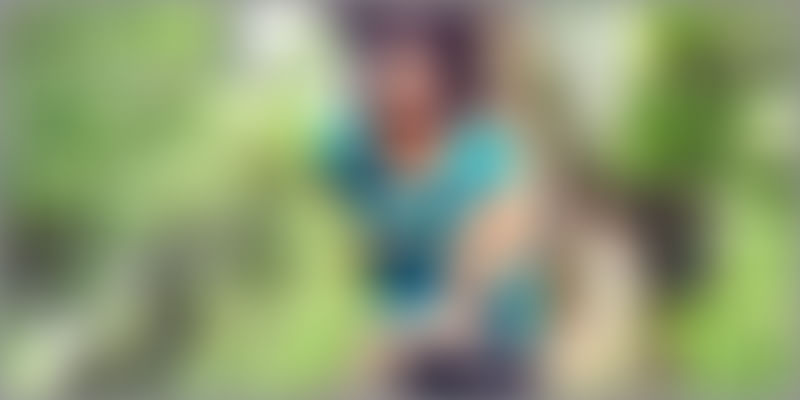 Itching to go on a trek, climb the Everest, pick up a hobby or travel solo? Chances are you’ll be thinking about it every time things get tough in life or you are bored at work, but not do much.

Well Smriti Modi would have you believe that everything is possible. Swami Vivekananda’s: Arise, awake, and stop not till the goal is reached, is her motto in life and she is out to make it yours too.

Smriti founded The Itch List, which she correctly says, “Is like an extension of my personality.” Once she

started earning enough, the drive to scratch that itch increased. She travelled, did a course in paragliding, jumped off a plane, climbed mountains, jumped off some too, took up cycling, started her blog and a few other things that she had waited for long to do.“Somehow, I did most of this alone. All of us have a list rattling around in our heads of crazy things we want to do. I could see that everyone was itching to do a lot beyond their 9 to 5 jobs, but more often than not, those ‘things’ remained as unfulfilled dreams which they would hopefully pursue ‘someday’. Nagging my friends to do that stuff on their ‘someday-list’ became my mission. I realised making lists like ‘30 things to do before 30’ works! It is extremely effective, gratifying and when done with friends, it’s a whole lot of fun. From exchanging ideas on what to put on the list to finding ways of doing seemingly impossible things, friends just make that fun thing even more enjoyable.”

From here the idea of the Itch List germinated and Smriti started on her own in August.

Starting up on my own had been on my itch list since many years, and around August last year, I got confident and determined to give this an honest try. Of course, I consulted a lot of people before I took the plunge but I think that was more for reassurance.

How does The Itch List work? List all the things you want to do and add a scratch-by date to each, to keep reminding you of your itches. If you’re having trouble scratching them alone, you can partner with other members or invite your friends to join you.

Smriti shuttles between Singapore and Mumbai. The Itch List is India-centric and based out of Mumbai and since Smriti’s husband works in Singapore, she often travels to Singapore and stays there. “I absolutely love the startup culture in Singapore. I have met some brilliant people and received a lot of encouragement. People have selflessly helped me in improving and building The Itch List and I really want to pay the community back in some way.”

As regards the team, she says, ”Two amazing women – Sharon and Sainico work on content creation and community building. The tech side of The Itch List is handled by iGenero, a Hyderabad-based company.”

Getting her own way

“I think I have had the ‘kuchh toofaani karte hai’ itch long before Thums Up articulated it for me. I wasn’t really an aggressive-rebellious kind of kid because I could usually persuade my parents and always got my way.”

Smriti has used different moments and events in her life as avenues for learning and exploration.

She finished her 10th grade from Kolkata and was very happy to move to a boarding school in Jaipur, “In the two years I spent in boarding school, I loved my independence, scored very well in exams and most importantly learnt jugaad. A boarding school is a lot stricter than a college hostel, and hence, brings all your resourcefulness to the fore.”

She came back to Kolkata, completed her BBA from Jadavpur University and was actively involved with AIESEC (International Association of Students in Economic and Commercial Sciences)

I could hardly believe it when my parents did not kick me out of the house when I dropped Chartered Accountancy (a week before my second level exams) because I didn’t want to miss my first AIESEC conference! AIESEC was instrumental in developing entrepreneurial skills in me. I was a petite 18-year old pitching the AIESEC internship programme confidently to MNCs, and closing sponsors for a national conference. While I was still discovering myself, I was also managing a team. It made me responsible, brought out the best in me but also taught me how to overcome failure.

She did her post-graduation in Advertising and Marketing from Xavier Institute of Communications in Mumbai. She found living alone in Mumbai at first intimidating. Initially reluctant to take up a job after her studies, she succumbed to pressure and due to the high cost of living in Mumbai decided to work with Ogilvy and Mather.

She also went on to work with Star Plus for three years on branded content integrating most-watched TV shows in the country. “The advantage of being in this role was that I got an understanding of both the programming (content) and sales (business) side of the channel. I also had the opportunity to contribute to some major television events and thoroughly enjoyed the experience.”

A big boost of encouragement for Smriti was when the site won Courtyard Marriott’s Young Entrepreneur Challenge in December last year and the press announcements, which followed, got them a new set of users who gave valuable feedback. She was the only female entrepreneur among the five finalists and she won. “It made me a lot more confident of what I had set out to do and the prize money of Rs.10 lakh was welcome seed capital.”

Since Smriti moved from the media industry, which enjoys a large female participation, the number of women in entrepreneurship seemed a bit odd to her.

So far, I have never felt that I am being judged based on my gender. I do know of some issues that other women entrepreneurs have faced and will be watchful for those, she says. There are other challenges on the way as well. While they are building a strong community, and their constant endeavour is addressing the reasons that hold people back from pursuing their dreams, she says, “Often, the difficulty in finding the

right/credible service provider is the reason people don’t go on that trek to Valley of Flowers or take up rock climbing. We are bridging that gap with very carefully picked partners.”

Pushing people to step out of their comfort zone is a critical task that the team of the Itch List has to handle, and to ensure that they push just enough by hosting events and sharing inspirational stories. “For instance, we recently organised an event in Mumbai with Meher Moos. She is the first Indian woman to have gone to Antarctica. She has scratched 180 countries off her itch list and at the age of 71, she is itching to see more! Her talk was full of inspiration and advice for aspiring travellers,” shares an excited Smriti.

Feedback from users keeps her going and sometimes even a short message from a user of The Itch List is enough to put her in a great mood. “It’s enough to assure me that The Itch List is making a positive difference to someone’s life,” she says with a smile.

Smriti’s hands are full with a lot of exciting plans for the future and these include — creating interesting engagements for The Itch List users, trying to help them a little more. The team will get a little bigger and they are looking forward to some interesting partnerships.

“The Itch List is something a lot of people ‘need’ and enjoy. I have to take it to more people. I will be looking for investors who believe in the power and potential of The Itch List.”