From an Officer to an Entrepreneur – Sonal Gupta’s remarkable journey 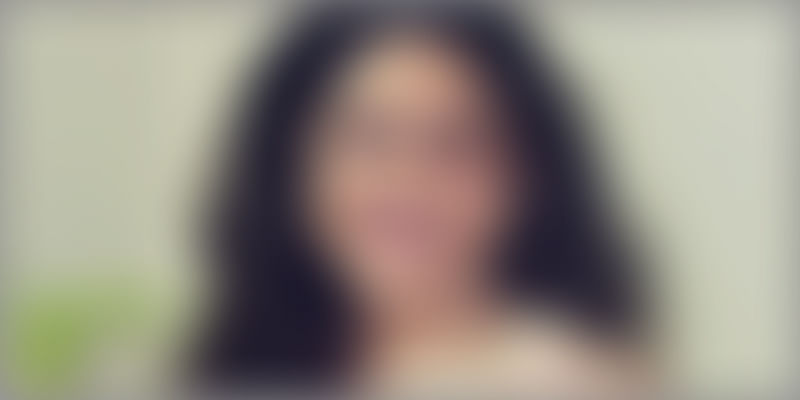 Sonal Gupta spent nine years in the army and then hung up her olive greens for a successful corporate career. After a decade in the corporate sector, driven by the desire to do something exciting and impactful she kickstarted her entrepreneurial journey with Navrang Creations.

Be it her civilian or military life, Sonal has always followed her heart and lived her life to its fullest. Thanks to her father who was with the police, she studied and lived all over the country. With transfers every three years, she had the opportunity to study in schools across the length and breadth of the country from Mt. Abu to Nagaland and New Delhi to Warangal.

A tomboy and a rebel, youngest of three kids, her parents never differentiated between their two daughters and the son. Her childhood has been exciting and “Unlike most women born in a typical baniya community,” she says. “People don’t believe me but I learnt swimming in the river Ganges in Mokama Ghat in Bihar.”

While in ninth grade, given her crucial academic years were approaching, she was sent to a boarding school, in Asansol. “My childhood cannot be summarised in a few lines. It was crazy. Playing cricket with boys and fighting with them over bowling, climbing mango trees, dark room, huddling up in front of a rented VCR and watching four movies in a row. However, at the same time my life was ruled by a lot of discipline too. I have been spanked both at home and in school for doing mischief.”

In 1993 Sonal completed her Engineering in Electronics and Communication from NIT, Warangal. While waiting for a job interview, an ad in the papers inviting women to join the services in the Officer cadre caught her eye. She reminisces, “I was really excited and I applied for Signal Corps (they wanted communication engineers) and thought dekha jayega. As luck would have it I got a call from Services Selection Board (SSB) Allahabad and the ball started rolling.”

She completed her military training from the Officer’s Training Academy (OTA), Chennai and was commissioned into the Corps of Signals on 20th Aug 1994.

Since then the excitement has never stopped. It has been a great honour and privilege to be a part of the first few batches of women officers who have donned the olive green uniform for one of the finest armies of the world.

Her first posting at the Eastern Command, Kolkata was a unique experience for her. “The first ever Women Officer to have joined that regiment was not easy. A lady officer has to work doubly hard to prove herself, to show that she needs no extra privileges. I did what any other young officer did– setting up communication lines/equipment with the troops, night duties in the communication centre, laying optical fibre cable along the streets of Kolkata, repairing faulty telephone lines amidst heavy rains, physical training and even surprise checks in the jawans barracks. The first surprise check was an experience,” she says with a smile.

In her nine year stint with the Indian Army she played an active part during Operation Kargil in 1999. She covered stories (being a part of the Army Liaison Cell) about Indian soldiers who bravely and fearlessly fought the Pakistan Army.

Just before Operation Kargil, she had been posted in the Army Headquarters in New Delhi. While in Delhi she decided to pursue an MBA from Delhi University and put in 18 hours a day to juggle both her work and studies.

One of the most challenging phases of her life was in 2001 while she was posted in the Kashmir Valley.

Unable to extend her maternity leave as all leaves were cancelled due to mobilisation for Operation Parakram (the second major military standoff between India and Pakistan after Operation Kargil), she had to move to Udhampur in peak winter season, with her 3 month old son who was a Caesarian baby. “I was looking after the communication setup of the Northern Command. Long working hours during operational activity while nursing a child was definitely demanding and strenuous. Those were real tough times but I am grateful to my mother, my boss at the time and colleagues who gave me immense strength and support.”From her long career in the army, Sonal has many interesting and special memories to share. “The one moment that is etched in my heart forever is being the first woman officer of Corps of Signals to command the Corps of Signals Republic Day parade contingent in Kolkata in 1995. The public went beserk as they had not seen a woman commanding a mounted column in the Republic Day parade before.”

Sonal shares that she was the first woman officer to have done an Infantry weapons training course in 1996. She still recalls the shock on the JCO’s face, who had come to the railway station to receive the officers. The JCO (Junior Commissioned Office) remarked, ‘Saheb aap yahan kaise? Yeh training toh lady officers ke liye nahi hai’. There was a lot of uproar in the training school too. She even had an interview with the Commandant of Infantry School who asked her if she would be able to carry a light machine gun on a bicycle. Her emphatic ‘Yes’ saw her complete the training with 80 other male officers in the next 12 weeks.

Army imbibes in you a sense of camaraderie, belongingness and bonding which is lifelong. My Army tenure imbibed in me a lot of self-discipline, courage, ability to face the toughest/adverse of situations, to stand against wrong, and most of all a strong sense of responsibly towards the task undertaken.

A decade of corporate experience

In 2003 she left the Army when she was a Major to spend more time with her son. “He needed his mother and now was the time to play that role with élan.” Her husband was in the army and was based elsewhere so she set herself up in New Delhi. With an engineering and management degree, a corporate life seemed the best option and for the next 10 years she worked with big corporates like Bharti, IBM and Oracle.

“The corporate sector enhanced my learning beyond the Indian sub-continent and broadened my horizon in the fields of different advanced technologies, talent acquisition, business sense, etc.”

Around late 2013 and early 2014, while at Oracle, Sonal was introspecting about what she wanted to do next in life. Her own exposure to Indian culture since childhood and the ‘make in India’ campaign with its focus on the handloom sector, clicked and the idea of Navrang creations was conceived with a college friend, and now Co-founder.

Navrang, was started with the idea of conserving the rich Indian handloom tradition and culture where products are sourced from local artisans at each location. This eliminates middlemen

Her stint in the army has helped her to be mentally and physically tough and it has come in handy as an entrepreneur.

This venture demands a lot of travelling to remote and far flung places where unknowns and uncertainties are very high. Company rules, government taxation policies, investments and fund management have been some of the major challenges,

reveals Sonal. Her advice to other entrepreneurs is to never lose focus of ones goal and provide a great experience to the customers so they come back for more.