Manmohan Singh: The man who saved the Indian Economy in 1991 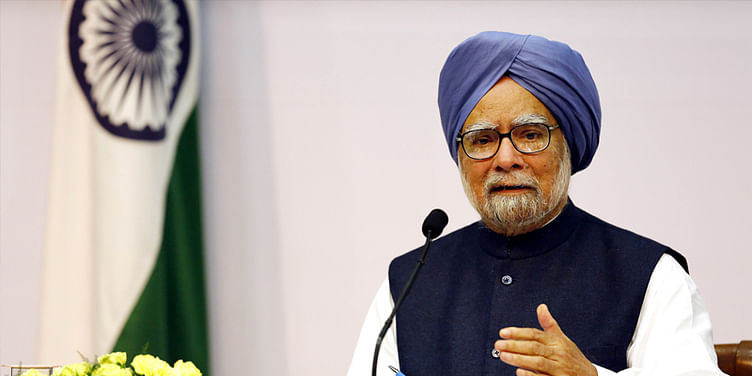 “I do not minimise the difficulties that lie ahead on the long and arduous journey on which we have embarked. But as Victor Hugo once said, "no power on earth can stop an idea whose time has come." I suggest to this august House that the emergence of India as a major economic power in the world happens to be one such idea. Let the whole world hear it loud and clear. India is now wide awake. We shall prevail. We shall overcome.”

This impassioned speech made by Dr Manmohan Singh as the Finance Minister while introducing the Budget of 1991 is a trademark to the changing fortunes of the Indian Economy, which at the time was almost near bankruptcy.

Manmohan Singh was sworn in as the Finance Minister to former Prime Minister P.V. Narasimha Rao’s Government, which assumed office at the Centre in June, 1991. At this point, the Indian economy was still functioning according to the Nehruvian-socialist agenda, which, with the External debt pegged at 23 percent of Gross Domestic Product and Internal public debt amounting to 55 percent of the GDP, wasn’t faring too well for the country. Due to its functioning as a quasi-welfare state along with the existence of the license ‘raj’ – the elaborate system of licences, regulations and accompanying red tape that was required to establish and run businesses in India between 1947 and 1990 – Indian employment rates had gone down to a negative. There was minimal economic growth, and the manufacturing sector was in bad shape.

The fiscal deficit was eight percent of the GDP, the account deficit stood at 2.5, wholesale price inflation had risen up by a good 13 percent and retail inflation went even higher up the bend by a whopping 17 percent. The Foreign Exchange Reserves standing at a low Rs 2500 crores, which was nearly 75 percent lower than what it was prevailing a year before, in 1990. To put it short, the economy was crippled, and there was a desperate need for a new set of norms that would change this.

However, it took the vision and resilience of one man who knew his job to change the whole face of the Economy. Singh had an extensive background in Business, Economics and Globalisation, having obtained a doctorate in the same from Oxford, with a stint in the United Nations for three consecutive years and another stint as an advisor in the Ministry of Foreign Trade. He also held the post of Reserve Bank Governor (1982-1985) as well as Chief Economic Advisor (1972-1976) and Planning Commission Head (1985-1987).

But Manmohan Singh was more than the credentials on his resume. He was tasked with scheduling the first budget that the new Rao government would release, in less than a month from his ascent into the Central body. After evaluating the situation, Singh realised that what the Indian economy needed desperately – a shift to economic liberalisation and a strategic end to the ‘license raj’.

He started with a two-step devaluation programme in collaboration with the RBI, which was first devalued against major currencies by nine percent initially and then brought down to eleven percent two days later. This naturally gave a boost to trade and dealings with the international market.

The next thing he did was get the RBI on board to mortgage India’s gold holdings with the Bank of England in four tranches, so that it could avail the necessary financial assistance it would provide. He did this in lieu of a similar action that the State Bank of India had undertaken earlier, selling 20 tonnes of gold to the Union Bank of Switzerland, for which they had received about $200 million. Keeping in mind the incessant demand and value for gold, this seemed to be a strategic route to gain resources.

Singh stated that it was prudent to welcome foreign investment into the Indian Capital. This would give a much-needed boost to industrialisation by encouraging the spirit of entrepreneurship in the country and would also provide direct access to the required capital, technology and target markets.

Considering the fact that the country was seconds away from being banned essential imports, including oil and gas, for more than three weeks, it was pertinent to rework the existing patterns of trade policy. To this end, the new programme called for doing away with unnecessary controls, streamlining the licensing process and linking non-essential imports to exports to discourage such imports. It also called for the abolishment of the popular ‘export subsidies’ and the expansion of the licensing system.

Singh called for the transfer of full statutory powers to the Securities and Exchange Board of India (SEBI) to enable it to regulate the workings of the Stock Exchanges in the country. As a result, SEBI became the sole market regulator. He also proposed to extend the tax concession under section 80HHC of the Income Tax Act to export of software. As a result of this concession, the Indian Software companies became more cost-effective.

He also called for the economy to seek relief from the International Monetary Fund by applying for an emergency loan of $220 million, which later proved to be the essential keeper to preventing a debt default.

Highlighting the major parts of the economic reforms that help sustain the slow but steady economic growth that the Indian Economy was streamlining for, Singh’s radical measures were appreciated by many although he faced great opposition for going against the left-oriented scheme of central financing that had prevailed for decades. His right-wing measures gave the Capitalists the breathing space they needed to flourish their businesses in the existing economy. But he alleviated their suspicions by also increasing the corporate tax from 40 to 45 percent, proving that he had other plans for the economy, barring just saving it from the face of an economic cataclysm.

The world may have a critical view on his two terms as Prime Minister of India, but no one can deny the fact that he managed to save the Indian Economy back in ’91. On his 84th Birthday, we’d like to thank him for it. Happy birthday, Sir!