[Techie Tuesdays] From raising funds to shutting down to starting up again, this techie from a family of farmers has done it all 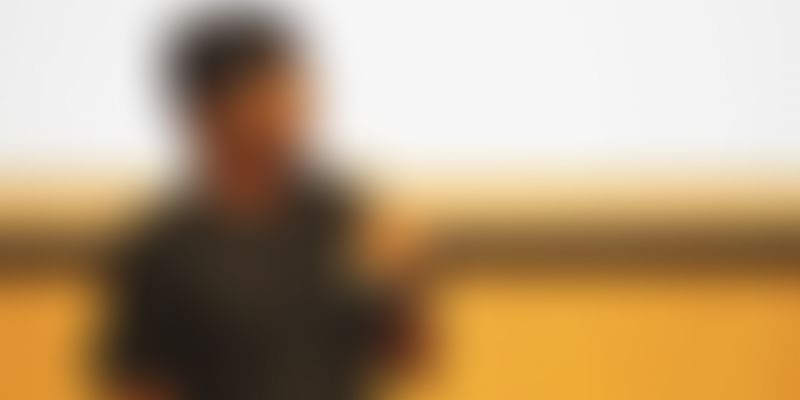 Born in a small town of Sangli in Maharashtra, Aniket Awati belongs to the family of farmers and electrical engineers. Whether it was choosing a startup over MNCs or shutting down his own startup after raising money, Aniket has never shied away from taking tough decisions. The 26-year-old technology entrepreneur is our Techie Tuesdays for the week. Here are the edited excerpts of our conversation with Aniket where we talk about his tryst with technology and more.

The branch and college for family engineering!

Aniket’s father was a professor at a local engineering college and his mother was a homemaker. It was only his father’s generation which had pursued higher studies in an otherwise farming family. Eventually, his family produced five electric engineers from the same college in Sangli, which according to Aniket, is at least six decades old. He recalls his childhood,

The atmosphere around home was stimulating with machines around. But the introduction to computer took some time. I had to win a bet with my father by scoring in a scholarship exam to get the computer after my high school.

Aniket’s older cousin taught him his first lesson in programming in the eleventh standard which he used to write the whole ‘Kaun Banega Crorepati’ program. By this time, it was clear to Aniket that he wanted to be an engineer. He wrote the entrance exam and got into the same college where his family members had pursued their engineering.

Of programming and prizes

Aniket learnt C, C++, Python, MATLAB in his first year of engineering and got interested in programming. Though he had enrolled for electrical engineering, his heart was totally into computer science. In the first year, he had built a lot of games, including a Sudoku solver. When he demoed it in some of the college competitions, it won him a lot of prizes. After that, Aniket started participating in programming competition at regional and state level winning many of these. He says,

I used my programming skills in electrical engineering where I had written codes for a lot of algorithms and submitted them in the college library as well. They were primarily procedures and calculation in MATLAB and Python.

Starting up was not an option we had heard of

In his final year of college, Aniket had multiple offers from some of the multinational companies but he had already fallen in love with the concept and work at startup. Though it was not very common in Sangli, he came to know about a startup through one of his friend who was interning at a Pune startup. Aniket met the founder who was a college dropout and joined his venture, Webonise Lab. He joined as the seventh employee in the products & services startup where his focus was building games and similar products. Within eight-nine months, Aniket, along with his two other friends at Webonese, left the company and started working on an independent product, a custom ROM.

In 2010, Nokia Symbian was one of the most popular platforms and Aniket decided to build a Sudoku solver (and generator) app on Nokia Qt. With two months of the launch on Ovi store, the app witnessed more than 200K downloads. Later on, Aniket built a few apps (including Farm Keeper) for Samsung Bada competitions as well but didn’t have a great luck there. He had developed mobile apps for J2ME, Android, Samsung Bada & Qt frameworks in this time.

In 2011, Aniket and his friends, Ratnadeep Deshmane and Akshay Deo, co-founded Appsurfer, a product which runs Android apps on the web itself, helping developers generate more visibility and more downloads for their apps. Initially, it came as a idea of a tool for developer. Though BlueStacks was launched only three-four months ago, Appsurfer was different in a way that it had everything running on a server and not on developer’s machine. It took the trio 10-12 weeks of time to build this Java applet based tool running on virtual server.

At a startup showcasing event in Pune, team Appsurfer got feedback from some of the prominent people from tech industry and investors. This made Aniket and others consider taking the product to consumers. However, Appsurfer couldn’t figure out a way to monetize, even after raising Rs 1 crore funding from One 97. Aniket says,

We created an actual product from prototype and received a lot of attention and good use cases. We had monetization plans around native advertisements. In order to demo the apps on our platform, we needed to have access and permissions from developers. Since the top 500 apps on store keeps on changing every month, it was not easy to get compliance from the developers so quickly. For users, it made more sense when they could try top apps on our platform.

Amidst all these issues, when one of the co-founders left last year, gradually we all left.

Aniket accepts that one of the biggest challenges he has faced was to take the small success of Appsurfer to a global level which he failed to do.

Coding in Hindi, Marathi and other regional languages

Aniket along with Ratnadeep is working on an interesting open source project. Ratnadeep wanted to teach programming to his brother in the eighth standard, who was not good in English. Both of them developed code4all.betacraft.co, a platform enabling users to code in their own languages. Currently, the tool supports Ruby on Rails language.

Earlier this year, Aniket co-founded Twist with Amit Yadav and Akshay (from Appsurfer). The hardware device allows you to seamlessly play all your mobile games on TV in high definition and enjoy online and offline media from your phone, laptop and tablet (on TV). Aniket says,

This is the real problem that I had faced. I am a big movie buff and like to play games. When I brought Chrome Cast, my gaming experience was bad.

He was thinking about what to do next during this time and decided to work on making this experience better. He believes that some people can buy XBox but because of its high cost, it’s not affordable for all. He adds,If we can make a really cheap device and give a similar experience on a larger screen using the same smartphone, we can crack this problem.

The major work has been around software experiences as hardware development was more about choosing the right platform from the many available options which Twist did through consultancy of betacraft.co.

According to Aniket, technology is a means to solve problems. He recalls one incident where he had created a new UNIC code for TV by trial and errors involving a combination of sensors and injecting lubricants.

Aniket signs off with the only major learning of his life,