How to change the world from a chai shop 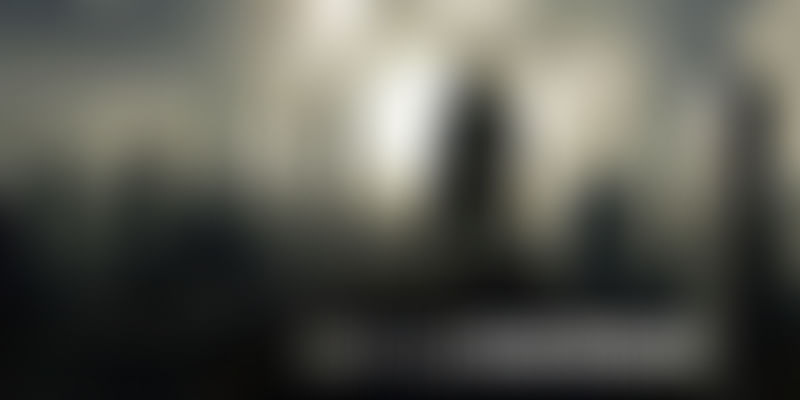 "Because of the opportunities created by exponentially growing communication technologies, many of the best and brightest have been lured in by an app-tilted playing field, which has both entrepreneurs and venture capitalists believing that three years to profitability and exit should be the norm. Of course if your true passion is building apps, then build away. But let's be clear: when Steve Jobs said that the goal of every entrepreneur is to 'put a dent in the universe', he wasn't talking about next Angry Birds!"

An average Indian finds it a great achievement if he snags a seat on a passenger train or bus, which typically run full. And rightly so; it is usually a fierce battle and takes a lot of luck to find a seat. One has to strategise quite a bit to get them.

The above metaphor fits to the world of startups. Prospective entrepreneurs search for opportunities like people search for the right trains and buses. These trains and buses come unreserved, so it is vital for them to fight. If they have access to resources and funds they get promoted to a less crowded though still unreserved wagons. Those who can manage to find a seat, win. Those who can't, lose. Game over.

Here's where the metaphor ends. Train and bus journeys are supposed to be commutes between two points. Unlike companies; while stated objective of a given company might be to sell as many flavored and colored sugary water bottles as possible, they do leave a lot of social, economic, and ecological footprints.  Entrepreneurs will not mind if the companies they start end up making the world a better place, but this is not their primary concern either. At least not for the so-called ‘for-profits’.

"The danger in trying to do good is that the mind comes to confuse the intent of goodness with the act of doing things well."- Ursula K. Le Guin, Tales from Earthsea

Does consequence matter more than just intent? Is trying to eliminate world hunger, fight poverty, increase production and eliminate waste, cure diseases, and improve the conditions of a particular region or section of the society all such worthy pursuits? Is it possible to have some idea of the effects that the actions of people or entities exert upon one another? Does long term or indirect or inconspicuous aspects of actions also matter?

If you answer affirmatively to most of these questions, you are a fellow utilitarian. That is, someone who respects the idea that we must strive to do maximum good for maximum beings. We often get swayed by the problems we see around us, and rightly so. Some of us would try to solve these problems, but would bother less about the problems we don't see right in front of us, or the ones which are highly imperceptible, or in the far future. But we live in an extensively intertwined world. The effect of what we do resonates at far-off places and far-off times, and what happens there affects us. When we decide to do something, we decide not to do almost everything else. Opportunity cost of doing something is the value of its best alternative forgone, and this best alternative might be something you didn’t know, or you didn’t know that you didn’t know. The most important decision you will ever make is where to invest your time and energy and money.

On a less bombastic note, we don't even have a rich enough vocabulary to address the social, ecological, economic impacts of companies. How much good does McDonald’s do? Yes it gives you the pleasure of arguably tasty food and saves time, which may improve the quality of life and productivity of people, it employs a lot of workers and supports them. But does it not create a culture of consumerism, and health concerns, and a lot of waste? How do we weigh the pros and cons? We, at best, have kneejerk answers.

Valuation, in business jargon, is the expected worth of a company, which is a combination of its current as well as prospective assets. In other words, the valuation of a company is how much money a company has in its own kitty and that of others it has a firm grasp on. Adjusting for the future value of time, of course.

However, this is not synonymous with the value that the company will generate. Similar to the McDonald's example, the value of an e-commerce company like Flipkart is a function of time and money it saves for people, the choices it provides, the employment it generates, the impact on allied economies, numbers of storerooms and air conditioners saved, the enhancement in productivity, the number of dependent business it would spin. On the other hand, it would introduce a culture of consumerism and waste. The overall assessment is very complex, but it is way too easy to shrug it off as merely a subjective and personal choice. More on the issues with personal choice in a previous article we had written.

The accepted dichotomy these days is that there are either companies who sell products and services, and are typically for profit. Or if you are concerned about a social or environmental problem, you are quickly termed as a social entrepreneur, and you better not aim for any profits. So, either make money or make good. (Yes, there is corporate social responsibility, and ‘for-profit’ social enterprises, but these are very few). The irony in this demarcation has always been apparent, but now we have tools to actually unlearn it. ‘The best way to become a billionaire is to solve a billion persons’ problem’. Y combinator has prescribed a list of fundable startup ideas that matter.

The real meaning of value

What is the status of arts, and cinema, and video games, and pure maths, and Mars mission in this utilitarian picture? What value, for example, video games create (apart from the arguably debauched personal pleasure)? The answer is that the apparent personal pleasure is also a type of value, however degraded, and as soon we lift the canvas, various additional hidden values comes to surface. Video games industry has given rise to fantastic visual tools, simulations, technological breakthroughs, and these are now being used from training to remote surgery to teaching maths. The value of arts and cinema may not be immediate, but they give a sense of meaning and higher pleasure to the audience.

So, any calculus which measures the value of an enterprise must take into account the less tangible elements of beauty, depth, and effects on the far future. It must capture what John Keating said in the Dead Poets Society, “..medicine, law, business, engineering, these are noble pursuits and necessary to sustain life. But poetry, beauty, romance, love, these are what we stay alive for”.

What kills you and me makes us stronger