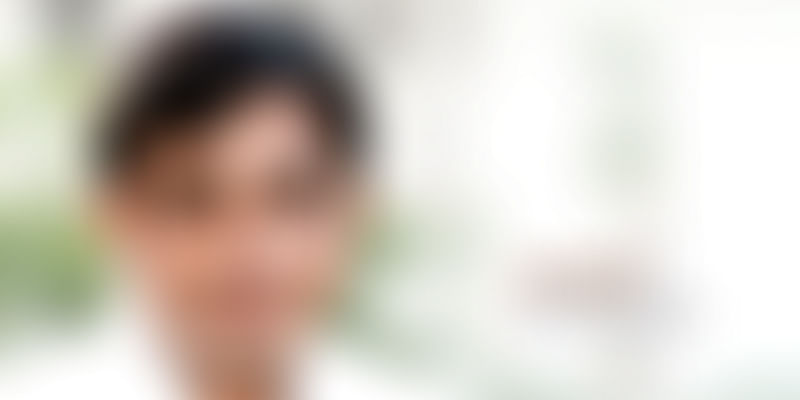 Imagine you send a message that reads: "Let's meet for lunch @ 3pm today" to a friend on Whatsapp, and receive offers from nearby Chinese restaurants through the keyboard interface itself.

How did the chat application know that Chinese is your favorite cuisine?

Gone are they days when relevant mobile advertisements were embedded on games, publishing platforms or websites. With advanced natural language processing, intelligent keyboard technology, and permission to access the mobile device’s content, advertisements can now pop up on your chat screens too!

KeyPoint Technologies' (KPT) latest product, Xploree, is set to be one of the industry's first user-initiated search and discovery platform for mobile devices.

"With this product, we are going to predict the right options in the user’s moment of need. It will understand user intent and serves the most relevant products to consumers during their conversations," said Sumit Goswami, CEO, KeyPoint Technologies.

In the example above, Xploree might have taken into consideration an old Whatsapp message to someone that said, "Oh! I love Chinese food," before displaying discounts or offers from nearby Chinese restaurants.

The company, launched in 2004, has always been building products in the user interface technology space, especially ones that combine linguistics with technology.

KPT’s older product, Adaptxt, a predictive text application was designed to adjust to the users’ writing style, allowing the user to write more with minimal keystrokes, in over 100 languages.

According to a recent report on mobile marketing by Frost & Sullivan, though increased content viewing on smartphones and tablets has helped drive the growth of mobile marketing, the present set of technologies may not be enough. The industry will need efficient, next-generation discovery and search mechanisms to address the key challenges in mobile marketing.

The company looked at various industries, and one common problem that resonated was that users were unable to discover content, information, services that are relevant to them when they wanted it.

"If you discuss lunch plans on Whatsapp, and want to Google some restaurants in the vicinity, you have to open the browser. We wanted to build a product where you can see them right on your keyboard interface itself," said Sumit.

In general, the Adtech industry is projected to reach a market size of about USD 250 billion in the next few years. The ad revenue in the US market grew from USD 12 billion in 2013 to USD 24.5 billion in 2014. Ad spends on mobile devices are growing at a CAGR of 43 per cent year-on-year, and there is a huge market still untapped with vernacular ad tech offering.

It is a known fact that there are many players in the mobile adtech space, offering bits and pieces of contextual advertising, but this kind of hyper contextual offering and cross app reach is yet to find its way into the market.

The Frost & Sullivan report also stated that this ability to capture user intent and offer precise services in the consumer moment could generate revenues of USD 300 million in a smartphone dominated market.

Xploree, launched earlier this May, can work on mobile devices in two ways : it can either be pre-embedded on the phones and selected as default keyboard (similar to how Reverie keyboard works on Micromax), or can be downloaded and installed from the Google Playstore (similar to the emoticon app, Emoji).

The company has currently tied up with mobile device manufacturers, like Lava (India) and AOC (China), to have it as an inbuilt optional keyboard. There will be more than 50 million handsets with Xploree embedded in them, over the next few months. It also has brand partners like Groupon and GrabOn onboard.

On monetising Xploree, Sumit said, “We are working with publishers and media agencies and our revenue model initially will be based on CPM (cost per impression), CPC (cost per click) and CPD (cost per download). Going forward, we plan to modify our revenue model with higher engagement options between brands and consumers.”

The app, available only on Android for now, has already crossed 1,50,000 downloads in the last three months. The company also won the ‘Frost & Sullivan North America Award for New Product Innovation’.

“By adopting a new approach to mobile marketing that is focused on capturing user’s intent at a particular moment in time, and by delivering highly relevant content and messages in a non-interruptive manner, Xploree has the potential to be a game changer for mobile marketers,” according to a release from Frost & Sullivan.

In the future, the product will make its way into other high growth markets like US, Europe and South-East Asia, and the Middle East, but there will be challenges.

“Mobile marketing is still offered through traditional methods and adoption of new forms of mobile marketing is slow amongst the ecosystem players. Carriers and OEMs will have to play a major role to ensure distribution and reach across different segments of users,” added Sumit.