Making money, but do they know how to handle it? Money-Wizards tests the knowledge of financial management among college students 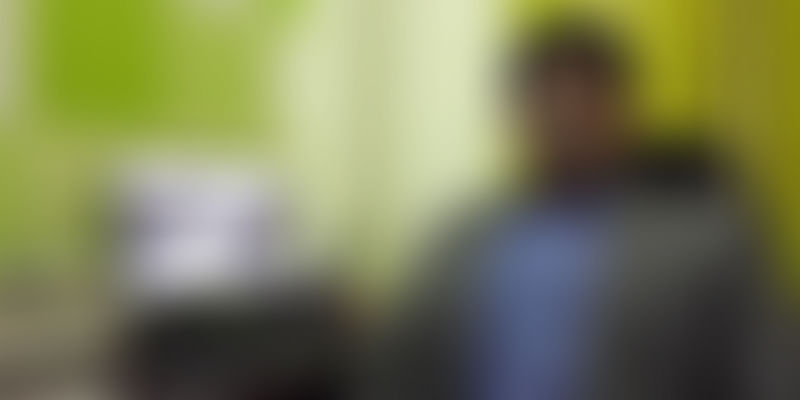 Financial Literacy is not a core subject for students, but the government is trying to introduce financial courses at the school level. However, it will take another five to seven years for schools to adopt the new curriculum and actually pass the benefits of financial awareness to students.

Forget about school students; if you ask college students about their personal financial management, you will be surprised that they lack even basic understanding. What will happen if we prepare the youth of our country to earn money but do not teach them how to handle it? They, most probably, will lose their hard-earned money to bank/insurance and real estate agents.

In today’s scenario where access to knowledge is not restricted to the privileged alone, one can gain financial literacy from reading relevant articles on the internet or following blogs by people who provide tips on financial planning. Conventional ways like interacting with professors and teachers, discussing with family and friends, reading books and business newspapers are still great ways to expand your knowledge in this domain. It seems the challenge is that people don’t know what they don’t know. In such cases, workshops, orientation sessions and even assessment tests can help them realise the need of being financially literate.

Youth Money Olympiad (YMO) is a multiple-choice question test that can be taken in little over an hour, after which you get an assessment which ranks your personal finance knowledge among different sections such as investment, insurance, taxation, credit and more. It also helps you compare your score with respect to your peer group.

The YMO is an initiative by Money-Wizards, an IIM-alumni venture. The founders felt that most college students lacked knowledge of basic personal finance although they would be soon graduating and earn money. Their aim was to help young people become aware of the importance of personal finance in a quick and simple way and believed YMO test would help them do that.

Initially, YMO was rolled out in 20 colleges in south Indian metros. Founder of YMO Venkatesh Varadachari explained how the test started out. “We started out small and now the initiative has grown exponentially. Last year, Principal Mutual Fund agreed to sponsor the YMO. We reached out to over 7,700 students from 75 colleges across 41 cities. The list included several IIMs, IITs and top universities like VIT and SRM”.

The Olympiad has two rounds: college/university round and the national round, or the finals, wherein winners of the college round compete against each other. Ranjai Banerji from IIM Calcutta bagged the first place in YMO Finals 2015. The second place was tied among three other students, Rohit Garg, IIM Kozhikode; Pritpal Singh, IIM Ahmedabad and Binny Rajpal, IIM Ranchi. Surprisingly, the third place was secured by a young girl, Janani Srinivasan, who is an undergraduate of Ethiraj College, Chennai and not someone from an IIM or IIT.

However, that was not the only surprise; when the team at Money-Wizards spearheaded YMO, it expected large participation from colleges in metro cities. However, YMO 2015 saw its largest participation from non-metro cities like Tonk, a district in Rajasthan, Pondicherry, Raipur and few others. “The faculty from Banasthali University, Tonk and Achariya Institute, Pondicherry had played a major role in making YMO a large success, as they believed in the importance of the subject and were thought leaders for their students,” said Deepak Gaba, who looks after the YMO programme.

The winners and faculty from Banasthali University and Achariya Institute were invited to a prize distribution ceremony recently held at NSE, Mumbai. The winners were given iPads as their prizes and the faculty members were given the Financial Literacy Thought Leader award. YMO also awarded a student from IIT Roorkee, Bhavnoor Singh, who was given the Best Campus Entrepreneur award, given to the student who had best organised the YMO at his/her campus.

The test has been welcomed by several students across India and has impacted their mindset and financial decisions as well. Janani (the student who won the third prize) said she had made her first investment after taking the YMO, while Ranjai believed that formal education in accounting and finance help but general awareness in finance and a desire to learn are more important, and that Money-Wizards is trying to help students improve both.

With YMO 2015 wrapped up, the team worked for YMO’s development so that it can be kickstarted with more vigour for this year. In many cases, the students of an institute are interested to take YMO but couldn’t because the faculty or management had not given a green signal for the event to be held on campus. So this time around, the Youth Money Olympiad can also be taken online: one can test one’s financial IQ at their own convenience from their smartphone.

Money-Wizards’s aim is to take YMO to every young person regardless of their location, and YMO 2016 is a step forward in that. This year, the initiative plans to reach out to 15,000 students. These students will have a lot to look forward to: other than an assessment, they can win employability certificates and get access to a career portal that will give them regular insights of opportunities in different industries from respective experts in the particular industry.