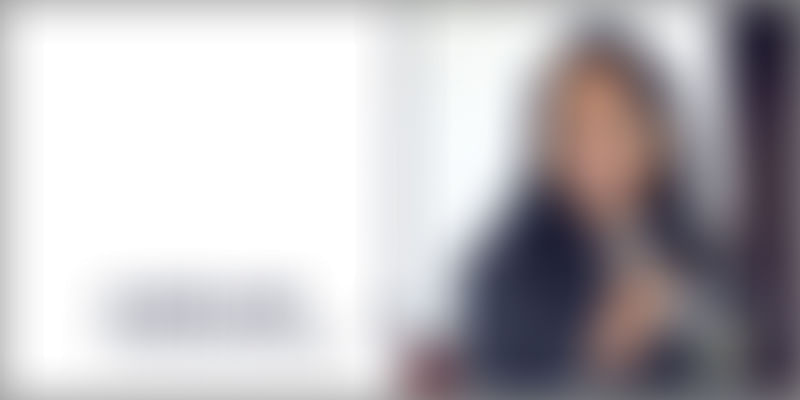 “A few years after my son was born, I came to a point where having money for food became a challenge. I think that we perceive education, status and accomplishments as a place where nothing can touch you. But you are not immune to circumstances for sure. And nothing is guaranteed.”

At this point I realised that if I was going through such a trying time, surely there would be other women too. I made a promise to open a brick and mortar training centre to enable women to be empowered,” narrates Caroline Fernandes, Founder of Vibha, when asked what made her startup Vibha.

Vibha, as Caroline says, was a natural progression from her blog, upcloze.com, which was centred around trailing the journey behind the brand – some known and some lesser known ones that Caroline had interacted with. This on her part was an attempt to inspire brands and people to understand the what-why and how behind brands. Though she discontinued it after starting Vibha, she says her purpose was met – she wanted to empower and inspire women and managed to do just that with her blog.

Caroline is a first-generation entrepreneur

A nurse by training, Caroline is a first-generation entrepreneur. Raised in Dubai and Goa, she also has 13 years of experience in behavioural training. To keep herself updated, Caroline is currently pursuing two certified courses from Case Western Reserve University and University of North Carolina on ‘Women in Leadership’ and ‘Positive Psychology’ respectively.

I have been a rebel and not been understood to that effect in life. I just intend to be myself and to me, that is being original when you have the ability to connect with the world that way. That doesn’t quite go down well with people in a normal setting,

The name Vibha came to Caroline in a dream while she was still searching for an appropriate name. To her, it is her way of opening up a means, an access to a larger means for women to be empowered. At Vibha, Caroline along with her team of volunteers aims to equip women to use their knowledge and skill to grow their businesses in a more informed manner.

A trainer by profession, her priority was her son and she decided to quit a full-time career soon after his

birth. She opened a boutique in Bengaluru and learnt everything on the business. She started out by designing women’s Western wear. She retailed in Lokhandwala at a store called ‘Phirangi market’ and a second place in Chennai called ‘Purple’.“People thought I had gone crazy. Here was someone who was great in academics, done her BSc Nursing and been a behavioural trainer, now trying her luck in fashion!” But Caroline had always been passionate about learning something new, which alone she thought would take her closer to what she needed to know.

Caroline says that in retrospective she has learnt and gained a lot from her experiences.

At Vibha, emphasis is on empowering women

Caroline says the four years of Nursing training (though she never pursued it as a career) has humbled her and at Vibha, they want to build a structure and focus on its effectiveness next. With the target audience being women who are already entrepreneurs (be it even those who are a few months old into their business), Vibha wants to engage them with mentors and currently does many events for getting all stakeholders together.

“We do not want it to be sporadic. There would be a certain way in which we approach the whole thing. A two pronged approach, the focus would be on understanding what the entrepreneur really needs and then handholding them into their entrepreneurial journey,” says Caroline.

Having reached this stage in life all on her own, Caroline has this to say to women around her,

Take care of yourself, no matter what is happening around you. Your mind and your body are your own. Build relationships that will last.