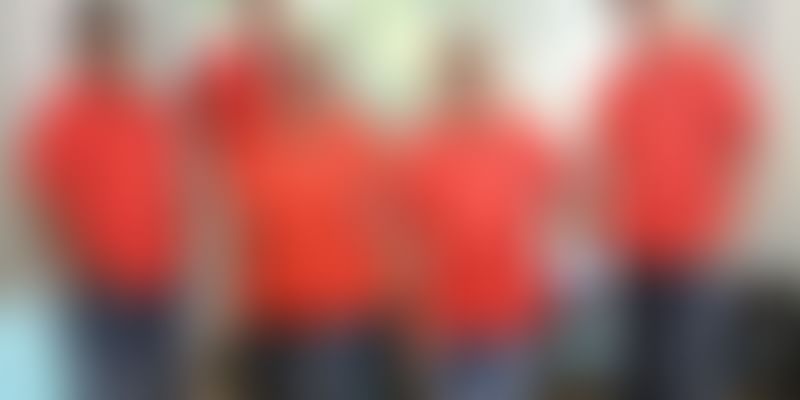 “Things just happen. Entrepreneurship is an exhilarating experience; and maybe subconsciously I wanted to move from a passive role to the driver’s seat.”

Many entrepreneurs may tell you the same. Yet, the story behind that statement changes as much as it is said.

Gautam Sinha started his entrepreneurial journey in 1996, much before the startup boom had hit India. Having owned a recruitment firm in the early 2000s, the sector wasn’t new to him. His firm was bought over in 2008 and Gautam moved into a new role of being a seed investor.

It was the winter of 2013, when Gautam invested in Expat Naukri, a company started by Sanjeev Punwani to recruit expats for Indian companies. He says,

“At that time, as a full-time seed investor, there was no thought to co-found or run it. For me it was like any of my other 10 investments that I would spend the time and effort on.”

But soon things changed. The more time Gautam and Sanjeev spent on the business, the more they started to realise the need to challenge traditional recruiting models for international hiring. What was sneaking in was the bug to build something big and radical.

Sanjeev’s background in hiring foreign talent and Gautam’s experience in running a recruiting firm did just that.

The product was CBREX, a technology platform connecting recruitment consultancies and freelance recruiters, to conduct hiring across the globe.

“I was in angel investing for the last five years, and it was the sheer scale of this idea which made me change tracks and jump right in. I’d say CBREX was born out of the mistake of trying to build an expat hiring company in the traditional way. Thus, I believe the birth of the idea itself came from a mistake,” says Gautam, CEO and Co-founder, CBREX.

Standing for Cross Border Recruiter Exchange, the firm aims to enable small and medium enterprises go global without the need of heavy investments.

Through an active network of recruiters or recruiting firms present in 40 countries, CBREX in the above case will connect the recruiter in India with the recruiter in China. In effect, neither the talent nor the enterprise has to cross the border for the underlying transaction to come to a closure.

Moreover, being a member-only managed exchange, CBREX engages only with recruiters or recruiting firms and not with the hiring enterprises or candidates.

When a transaction is closed, the supplier recruiting entity gets 50 per cent of the candidates CTC (Cost to Company) salary, while the demand recruiter who fills the position receives 30 per cent, leaving CBREX to an entitlement of 10 to 20 per cent of the share.

Since its inception in May 2015, the firm has closed two international transactions with each movement taking an average of 90 days to complete.

The bootstrapped venture has a team of 11 people spread across locations - Mumbai (5), Bengaluru (2), NCR (1), Chennai (1), and USA (2). Being a cross-border company, the founders believe in building a cross-border team as well. Out of the 11, four members are not Indian nationals.

The aim is to bring more of this diversity into the team while expanding its representation geographically. In the future, 80 per cent of the company’s team will be from outside India working in their respective geographies. Currently, the firm is looking to hire as many as 20 individuals with a focus on Spanish-speaking professionals as they spear into the South American markets.

Speaking about operating geographies, the firm has its own of set of geographical divisions depending on the language and market sensibilities.

It is present in India and Myanmar in SAARC. While dividing zones, China, Korea and Japan come in Zone Number Two, with Australia, New Zealand and South East Asia making up Zone Number Three. In the African continent , the French-speaking nations coupled with France and Middle East contribute to the fourth zone and Spanish-speaking countries in South America, West Europe, UK and Scandanvian Countries flock to make the fifth zone. The last obvious market is North America for the firm.

Currently present in 40 countries, the venture has anchored itself in China, Philippines, Singapore, most of Africa, Romania, Sweden and Norway to name a few.

It is collaborating with 50 recruiting entities in the above geographies and is expected to haul to over a hundred by the end of September 2015.

Aiming at reaching close to 500 recruiting entities by the end of December 2015, the firm is set to up its presence in 50 countries. Making recruiter aggregation as its focus, Gautam tells us about the interesting model of the venture:

Further, with each market holding a potential of 1,00,000 recruiters, the founders are optimistic at reaching a figure of 6,00,000 recruiting entities and closing 30,000 transactions by December 2018. Currently, they are aggressively targeting markets in China, USA and India.

While concluding the conversation, Gautam tells us what keeps his team excited during this journey

“Original ideas come when you are trying to solve a ‘live’ problem.We want to play a role in delinking globalisation from company size; in effect small ones can also be global.We want to change perceptions and provide an opportunity for any size enterprises to go global making hiring talent is easier for smaller companies which want to sell outside their geographical location.”