With OLX and Quikr ruling 60% of online classified market, how Fxchng plans to make a mark in this segment 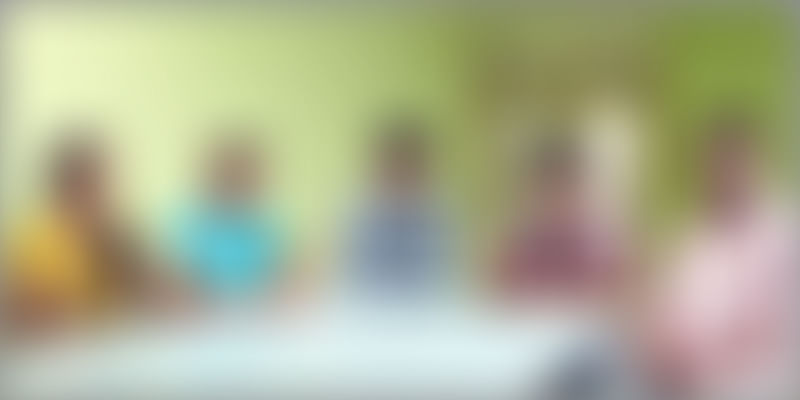 The online classified segment is undergoing massive transformation with the focus of the industry shifting from horizontal to vertical, i.e., from C2C to B2C. In an opinion piece shared with Yourstory, Saurabh Pandey, CEO, dotConverse says that the days are numbered for a typical horizontal classifieds player in India and the space is poised for new entrants and new thoughts.

New entrants with new thoughts have started entering the market. Launched in March 2015, Fxcnhg is a social classified platform. Unlike other classified platforms, Fxcnhg leverages the power of social network websites to show mutual connections between buyers and sellers. These mutual friends can, in turn, help connect buyers and sellers to complete a trusted deal with greater confidence. And this idea makes it unique in the segment.

Rauf Saiyed, Founder, Fxchng, says, “We are addressing the long prevailing issue of spam and fraudulent activities in the online classifieds segment. Our vision is to reach out to thousands of people through users’ immediate friends.”

He adds that the Indian classifieds market has a lot of untapped potential. There are some significant gaps in the current service sector that can be fulfilled to give a better overall experience to end users. In the current online classifieds market, even big players are fighting with issues like spam and fraudulent activities.

With over 3500 registered users on the platform, Fxchng has started seeing traction. The android app launched in August this year has had more than 1,500 downloads in the first three weeks. “This traction is purely organic without spending any money on marketing. We have just started multiple campaigns to promote our apps and reach out to our target audience across India,” says Rauf. It has recently tied up with Uber's Gujarat operations where they will help the platform promote its app via their coupons.

Posting ads or browsing through the listings is free for users. However, its main revenue channels are selling ad spaces on the website and mobile app, premium ads – charging users to make their ads highlighted and visible and custom solutions for larger enterprises to use its services.

The online classifieds sector is following global trends and there is lot more to be experienced with potential for tremendous growth opportunities.

The platform has spent Rs five lakh in technical development, including mobile apps. It is constantly receiving feedback and suggestions from its early users and incorporating all necessary enhancements. The company is also working hard on promotions and marketing activities to spread awareness and to reach out to its target audience. “Our major spending will go into marketing and spreading the awareness about the concept,” says Rauf.

In the near future, the platform will integrate a chat feature to make user experience better. It will also be launching its beta version in a few countries in SE Asia and Middle East to gauge user response and carve out the future roadmap to go global.

According to a Deutsche Bank report, the size of India's online classifieds industry was at Rs 1,800 crore in 2013 and is expected to grow to Rs 4,500 crore by 2018, a CAGR of 20 per cent. According to OLX 2014-15 survey - CRUST - on the used-goods market, there are Rs 56,200 crore worth of used goods lying idle in just 16 cities. The market would be much bigger if the entire country is taken into account.

In the horizontal segment, major players like Quikr and OLX together hold a market share of more than 60 per cent of the online classified segment. No one has, so far, been able to breach their market. With monthly listing of around eight million in 2015, these two companies account for the largest market share, with others far behind.

Besides, there are various players in vertical segments from car classifieds — Gaadi.com, Cardekho.com, and Carwale.com — to real estate ad platforms which pose competition to Fxchng.

On competition, Rauf says that even with such control on the market, Quikr and OLX still address only eight to 10 per cent of Internet population in India. The rest are still not using classifieds website and therein lies a huge opportunity.

Current Indian classifieds market, according to Rauf, has seen enormous growth in existing players and huge amount of funding. “To break the clutter and rise against the existing big players is the toughest task for us as a startup. To our favor, even users from Tier-II and Tier-III cities have become familiar with using online classifieds. It makes our task a bit easier to explain to them the benefits of social influences and how they can merge classifieds with their social networks,” he says.