Support an entire village as you lie under a million fireflies 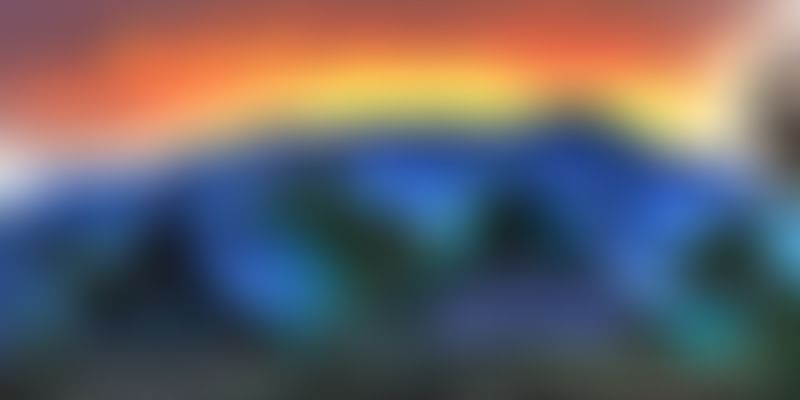 The scene is of a city. Choose a good vantage point, and zero in on a frame – could be of anything between a sidewalk and an office. Watch it for a week. A vendor would walk lifelessly to what has been his spot for 20 years – untouched by the palpable energy of the sunlight – set up shop, announce his wares and yell out his offers, have his 4:30 cup of cutting, and leave to get home just in time for KBC. Your office-goer would enter the all-important double-doors of a snooty office, wearing one of the few kinds of colours that are allowed at funerals maybe mix two up if he’s feeling adventurous, and push papers till the end of the world. This mundane routine is rife with luxury, comfort and money, but lacks joie de vivre.

Cut now, to a village. Settle down on a tree, and soak in all the activity happening on a patch of land. After the beads of a farmer’s sweat have watered the tomato plantation, a bunch of kids sneak in with salt and chili powder and naughtily poach the reddest and roundest ones, find sharp stones to slice them open, and suck on them gleefully. On another day – the farmer calls out to his wife working on the nearby field to come at once; for a peacock decided to saunter into their farm, and this one is exceptionally glorious! Far from mundane, their days are spent in high spirits and largely content. What’s galore is raw, innocent thrills – but what’s missing is modernity and adequate livelihood.

Inir Pinheiro, founder of Grassroutes, an organization that augments village tourism to create livelihoods for villagers, and life-changing epiphanies for urban-travelers, says, “We lead utterly boring lives in cities – same old movies, same old malls. In fact, when I was in college and would ask working people what they did – the answers irked me as much as they shocked me. ‘I’m a marketing manager, a software developer’ they would say, without so much as a mention of their lifestyles or hobbies.

In villages, on the other hand, climbing trees, watching stars… the possibilities are endless. A village is a hotspot for stories and warm welcomes; and villagers – they would fill your plate even if they didn’t have enough on their own. I thought; why not use this traditional form of hospitality to help people experience something spectacular. Marry the two.”

Inir studied India’s economy to be able to understand the country’s insurgencies and unrest. He learnt that we were a nation with 70 per cent of its population dependent on the primary sector, that is, agriculture – which didn’t bear proportionate returns. The manufacturing sector on the other hand, had fundamental flaws, wherein Inir explains that 19 lakhs would have to be spent to create a single job – rent for the land, equipment, water connection, catering amongst other things. Lack of means of livelihood, unemployment and underemployment was stoking frustration, and that frustration would subsequently be mobilized by communities, political parties and various groups, to wreak havoc.

The service sector was almost ideal – creating a lot of jobs with low investment. Within it, tourism looked the most promising to him. So, after his MBA, Inir chose not to sit for his placements, and instead, took a “leap of faith” in setting up Grassroutes, in 2006.Since he also learned along the way that tourism tends to destroy a place – where localities are exploited culturally, socially, physically and environmentally, mostly because natives aren’t enterprising, and an opportunist outsider who comes in buys their land, sets up a business, and is running the show.

His answer, was “Community owned tourism” – completely owned, managed and run by the locals, where they decide what one can and cannot do.

Tying up with local NGOs, he began searching for villages in Maharashtra first and spelled out his plan. Setting up a campsite of sorts – on land that the village would continue to own – with modern bathrooms and tents, and have the community there take care of everything else – that is, hosting urban tourists by cooking meals for them, inviting them into their homes, share stories, and make them join in on their day to day activities and forms of entertainment.

The Gram Panchayats of villages Dehna, Walvanda, Purushuwadi have given them their acceptance letters – among many others.

“A person going to a village would not like to compromise on a clean place to sleep and “do their business” – thus, we developed that infrastructure, albeit on a piece of land ‘rented’ out to the village committee. It is extremely important that the land is still owned by the village committee,” explains Inir. The village committee is a group of locals who act as intermediaries – and they in turn, appoint three committees – one in charge of meals, the second for housekeeping and maintenance, and the third is the team of guides.

Furthermore, Inir’s strategy is to work more extensively with the women and youth of a village. “Men are dumb,” he jokes, “whereas women are at the helm of a family affair. They know the need for the money coming in, the value of their children’s education, the health of the family. The youth, on the other hand, are constantly on the lookout. With cell phones, they are exposed to the possibilities, but are looking for access. They want newer forms of livelihood.”

Grassroutes trained them in hospitality services – nothing fancy, but just basic instructions like taking it easy on the spices while preparing food, presenting it in a hygienic manner, etc. The youth are also told to take charge of entertainment and narrate stories.

Inir continues, “We documented their lives, to identify what we think our travelers would like. If we saw a plantation of mangoes in a village, we realized that they’d have a gala time plucking them themselves – that’s where the fun lies. The ‘wow’ factor – like being dragged into the village lake by children to soak their feet in, as the fish nibble at them. And voila! Our tourists would be ecstatic at getting their free fish pedicures!”

Conservation through celebration, not preservation

Besides, in an age where Indian culture is under serious threat of being disbanded by its own patrons, the ones few and far out who care about the cause are using borderline propagandistic tactics for its preservation – like mandating that a state’s signboards be in a certain language, etc.

“Instead of conservation through preservation, we must have conservation through celebration. Instead of imposing mandates, have competitions- poetry, plays, food fests – revel in your culture, celebrate it. At our campsites, tourists are asking about medicinal plants, about old folklore, learning the native language – because they experienced it in all its glory, and are now excited to inculcate it. That’s how our culture can be fostered,” says Inir.With three main verticals – B2C, educational institutions and corporate, Grassroutes was in business. Their B2C model was simple – a traveler comes into a village, leads the life of a villager, reads books, soaks their feet in the stream, plays games with the kids, watches fireflies and unwinds. The agenda of their school camps is action based learning – to test concepts they’ve learnt in school, like watching a Gram Panchayat in action, cultivation of rice, etc. And corporates take these tours for two main purposes – inculcating more sensitivity in their employees, building a base for their CSR, or market research (by meeting this demographic of their consumers and gauging their mindset). Telecomm companies, consumer goods companies do this extensively.

How the villages have been uplifted

Unveiling the hidden India, and creating livelihoods through tourism is their motto, and indeed, you must be wondering if tangible changes have been registered at their sites. For starters, the Grassroutes revenue model has clear terms that 35 per cent of all incomes received will be directed to the bank account opened in the name of the village committee – with the committee and the village entirely in charge of allocating those funds to various arenas of welfare – like amenities, healthcare, etc. 15 per cent of the income received, is funneled to the village indirectly, by way of maintenance of the campsite, and salaries of the volunteers there.

180 households across 4 villages have been taken under their wings so far. Besides, they are also helping create awareness about government schemes and helping the villagers avail of their benefits. One example is NREGA – where every Maharashtra resident is entitled to Rs. 15,000 for 100 days of work. “Using that as a benchmark, with our help, people are making anywhere between 50 and 300 per cent of that money – without doing rigorous work like digging wells or building houses. They are earning through skill based work instead.”

Grassroutes had conducted baseline studies prior to the intervention, and with their efforts, they calculated that the simple folk have enjoyed a 25-35 per cent increase in their annual incomes. The local Gram panchayats have also informed the organization that their migration rate has dipped by at least 25 per cent, since the village found livelihood closer home.

Meanwhile, the ‘urbaners’ also have some positives to offer- namely, their values of freedom and empowerment. Coming in contact with independent women from cities, and interacting with them made young girls and women from the villages aware of their rights. Following the footsteps of urban women, many girls reportedly refused to marry young, and instead, sought their parents’ blessings to build a career. Many young guns took the advice of the city-dwellers to receive better education, and followed them into the city.

“But the biggest change we have observed, is in the tourists. Deeply sensitized, they take on life with a whole new perspective when they return.”

Grassroutes has been growing at a 30-40 % rate year on year, having sold 12000 beds* over 2014. By the end of this year, Grassroutes will have 500 households in Maharashtra, across 12 villages. And eventually, their aim is to create one million such opportunities across villages – training their human assets, physical assets, and community assets.