Music is Harini Ramachandran’s forte, entrepreneurship is her passion 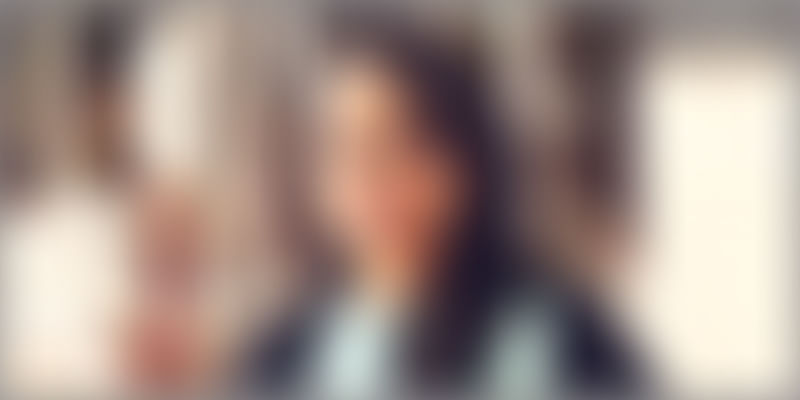 A melodious voice responds when I get into a conference call with Harini Ramachandran, though she is ‘Megha’ to the playback music industry.

The perfection freak that Megha is, she always used to carry the lyric stand with her whenever she was up on stage. One day, she invited her senior from office, Antano Solar John, to a concert where she was performing, and right after the performance he walked up to her to congratulate her and also enquire about her obsession with the lyric stand. “I told him that I did not want to take a risk as I was very bad at remembering lyrics. He offered to help with a NLP session,” recalls Harini and adds that she did a session with him for 45 minutes after the event.

Neuro-linguistic programming or NLP as it is popularly referred to, is essentially an approach to personal development, created way back in the 1970s by Richard Bandler and John Grinder in the US. This technique looks at creating a connection between the neurological processes, language and behavioral manifestations as learned through practical experience. NLP sessions, its practitioners say, help drill in the specific goals which one aims for.

The very next day, Harini had a public function where she was the solo vocalist and somehow she forgot her lyric stand backstage. She was to sing ten new songs; songs which were not hers. After she got on stage, she realized that she did not have her stand in front of her.

I don’t know how I could pull off all ten songs, which I had learnt only one week prior to the performance. The lyrics stuck to my memory and I performed exceptionally well, contrary to my expectations. It is then that I realized that I was holding on to the lyric stand like a crutch all my life, and ignoring the very powerful medium that NLP is,

That episode left her both intrigued and fascinated. People around her also started noticing a positive change in her – something had made her more professional; and the change stayed with her.

My performances got so much better that composers started taking note, and I sustained the change, too.

That is what got her started in the NLP field and she got curious to learn a little more about the technique. She started researching on what else could be done with NLP and found out that it helped people get over nervousness, and focus and perform better. Antano taught Harini what he knew of the technique and they started by giving sessions to individuals in their own circle. It started showing positive results and that gave them confidence. The duo now started practicing it with a greater fervour.

“The idea was to ensure that the change lasted with the person. We put a backend team in place to follow up after a month with people who we had done sessions with. We were happy with the 90 per cent success ratio, people were actually able to realize their dreams,” says Harini.

Harini turned entrepreneur with School of Excellence, of which she and Antano are co-founders. They formally found it in November, 2011, and were looking at growing an army of quality practitioners. They have managed to do just that, with 2,000 practitioners of change already trained, with the majority being from India. Till date, they too must have worked with 2,000 odd individuals across a wide range of age groups and intervened meaningfully in their lives.

They have now handpicked 1000 practitioners of change and are working towards making them masters of change. “We want to touch one million people’s lives in the next five years by bringing about a quality

change. My vision is to ‘retailize’ the change industry through NLP so that people can get a real change by walking into a centre,” says Harini.Harini the singer

Born in Chennai, Harini did her schooling in Bengaluru. She got back to Chennai after finishing Class 12. She then enrolled for a BCom course in Chennai and did her Masters in HR from the Madras School of Social Work. Harini is the great grand-daughter of Papanasam Sivam, a Carnatic composer.

It was during her final year of graduation that she got her first break in playback singing. Harini had been learning music since she was a child and after getting trained in Carnatic music, she went on to pursue the highest levels of Western music. She completed Grade 8 from Trinity College, London, in Western classical music, under the guidance of Augustine Paul. A regular at one of the choirs, she did a lot of concerts around the country.

“A R Rahman is my idol. Ever since I heard the Roja songs, I wanted to do playback singing. Since Chennai is the place where he is, and many other great musicians, too, I decided to make that my base. I used to play the guitar, too, and it was my guitar master who suggested one fine day that I should give playback singing a serious thought,” says Harini, who then made a demo CD and reached out to various composers. It helped that her guitar master had worked with Ilaiyaraja at one point in time.

It was in 2007 that Harini made her debut with two songs in the Tamil movie, Naan Avanillai. Since then she has lent her voice to a number of regional as well as Bollywood movies. Her Telugu songs cornered a huge fan following and she became one of the busiest professional recording artists.

company during the final year of her Masters. That is where she met Antano, one of the company’s top officials.“Every parent forces you to take up a job and I did sit for campus interviews, but during my last round of interview with TCS, I thought I could not take up a job. I had the opportunity and did not want to have regrets at the age of 50, and therefore, I decided to give music my fullest. My monthly income was never a concern, so I was in a good position to take the plunge,” says Harini.

Harini wants to blend NLP into her music

Harini says she can sing ‘on pitch’ but not everybody can do so. She has been to, and seen, many ‘reality’ shows where artists sing but there is no sense of rhythm or pitch in them, and however much they try, they are not able to sing on their own. “This is where I intend to chip in – by using the NLP technique to build in capability; to help people who genuinely want to sing, to remove limitations and empower people. The idea is to create generations and generations of excellence,” says Harini.

This is what this 28-year-old musician says about her mantra in life:

Excellence is achievable; don’t deal with mediocrity ever in life.

She has also used her NLP intervention to teach music to underprivileged children at A R Rahman’s school.