Starting at 23, this woman entrepreneur is looking for happy endings in the $38B wedding market 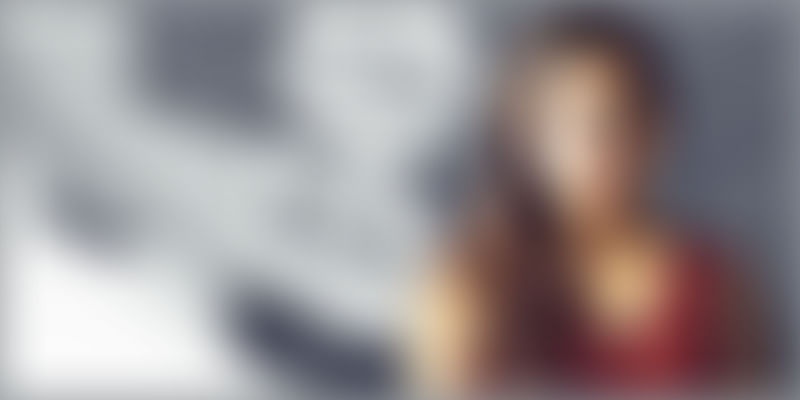 Isha was getting married in January this year. After the initial euphoria died down, she was hit by all the chaos that go along with ‘Big Fat Indian Wedding’. In all the anxiety over getting things done before the D-Day, Isha feared she may miss out on the once-in-a-lifetime experience that goes with tying the knot. It was then that she discovered Sanna Vohra’s Indear.in.

Finding a method to the wedding festivities madness, Sanna helps future brides with their wedding plans through her platform. This wasn’t the first taste of entrepreneurship for her, however. In February 2009, an 18-year-old Sanna started her first venture on restaurant discounts which went on to become a hit amongst students at Brown University.

After college ended, she joined Morgan Stanley in New York as an analyst. However, the entrepreneurial bug never really left her. In January 2014, Sanna visited Mumbai where her good friend was planning her sister’s wedding. To get a sense of the location, outfits, décor and invitations, her friend had to go through multiple email threads, WhatsApp groups and websites. Sanna says,

“I remember thinking the process to be very inefficient and that there had to be a better way to plan a wedding. I went back to my job but continued doing research, and realised that no comprehensive tool existed. A few months later, I moved to India and Indear was born in April 2014. It is an end-to-end inspiration, planning and shopping portal for Indian weddings.”

How can it help me?

Being an inspiration, planning, and shopping portal for Indian weddings, Indear acts as an aggregator of wedding content and products directly from wedding vendors and designers, organising it in an innovative manner to simplify the process of planning.

Similar to Pinterest, users can pin their favourite content on boards and share the same with their family. However, it doesn’t just stop there. The differentiation lies in the fact that users can now know the source of the content and contact vendors directly. Moreover, the platform provides a multi-category detailed search where one can explore different trends in-depth.

Believing wedding is a visual and a multilateral process requiring multiple permissions, Sanna tells us

“No longer are customers looking at a general idea of a wedding. The new-age bride and groom know what they want. They have an idea in their head on how their wedding should look like and want a personalised wedding experience in compliance to their liking. Increasingly, brides are looking at specifics like a ‘Mukesh dupatta’ or a ‘golpattilehenga’.”

Although the platform seems to be catering more to the upper middle class and above, the founder says the focus remains on quality and the aesthetics of the offerings.

Launched last month, Indear.in also has a ‘shop’ section which works as a marketplace with 40 sellers on board. The venture partners with Delhivery and other courier partners for its packaging and deliveries.

Witnessing an average order value of Rs 5000, the venture receives major traffic from Mumbai and Delhi followed by Bengaluru, Chennai and Hyderabad. Cities like Ludhiana and Jaipur are also catching up in terms of traffic on the website with some organic visits from NRIs.

By January, the venture plans to be an end-to-end solution provider. Plans are on to launch a planning tool which would act like a personal planner: asking the to-be bride questions, making a timeline and suggesting the things she should be doing at particular moments before the date.

Indear also plans to launch its services marketplace where users can book services directly through the platform.

The website gets 6,000 visitors daily across its three verticals – Indear, Indear Shop and Indear Blog. The plan is to double the numbers by November. There are 40,000 images on the website which are clicked and interacted with every day. An average time of five minutes is spent by a user on their portal.

The firm is looking to doubling its seller count to 80 by Diwali, and aims to reach 1,000 content partners by the end of this year. As of September 2015, the firm deals with 350 content partners. The likes of Ritu Kumar and Anita Dongre sell on its website coupled with content partners like Amrapali, Forest Essentials and Taj Group of Hotels.

In 2014, the wedding planning industry was estimated to be a USD 38-billion marketplace, rapidly growing at 25-30 per cent yearly. Moreover, with Indians becoming more comfortable purchasing higher-ticket items online, and women-influenced GMV growing five times between 2012 and 2016, the wedding market opportunity is huge, and ready to move online.

On her entrepreneurial journey, an ecstatic Sanna tells us:

“The feeling of seeing an idea become a business is overwhelming. Weddings hold such a special place in the hearts of individuals and it brings me joy to function here. Entrepreneurship is a journey of understanding your strengths and weaknesses. And I never would want to go away from it. ”