Setting up and sustaining a digital media business is not an easy task. In addition to generating original, quality content consistently, media houses need to look after distribution and revenue models that provide the best reading experience as well. Also, with the rise of Adblockers and Apple's recent move to enable ad blocking on iOS9 devices, media houses are facing additional challenges as not many consumers are ready to pay for premium content.

Andy Doyle, Head of Operations at Medium announced earlier today that Medium has raised their Series B funding round. The post said, "We are pleased to announce that Medium recently raised $57 million in capital. The round was led by new partner Andreessen Horowitz with significant participation from Google Ventures and Greylock Partners, who also led our Series A. We are also fortunate to count Obvious Ventures, The Chernin Group, and a number of our Series A angels as investors this round. And, of course, Ev(Evan Williams), who founded Medium and remains our majority shareholder."

Medium was founded in 2012 by Twitter co-founder Evan Williams. The platform was opened to the public in October of 2013 and offered users a writing tool combined with a network centered around participation. Medium is now leveraged by well-known influencers, regular contributors, as well as people who don’t write consistently. The platform has gained popularity globally as a place to share thoughtful insights, entertaining perspectives, and moving human stories with the world. Medium claim that more than 20,000 people write on the platform each week.

Medium's business model revolves around sponsored content, ads and their 'Epic Magazine'. In Janauray 2014, Medium announced that they had closed their Series A round of $25M led by Greylock partners. Their goal has been to make publishing stories easier and to that effect recently launched their Android app with features to make writing on the go more convenient.

Andy spoke about the challenges many digital publishers face,

"Many digital media companies are trapped in a negative cycle. Distribution happens primarily through networks that optimize clickthrough over quality, forcing creators to learn content and marketing parlor tricks instead of allowing them to focus on creating fresh perspectives. This has left a large and influential audience underserved. It has forced advertisers to look elsewhere for deeper engagement. And it has frustrated individual writers and organized media brands alike."

Medium claims to operate in a fundamentally different way without focusing on pageviews, unique visitors, or click metrics. "We don’t litter the platform with ads that are low quality, high clutter. We don’t tolerate bad behavior in the community. And we don’t violate people’s privacy", added Andy.

In the last two years, digital media platform have gained traction among users and funding from investors. Buzzfeed had raised $50M in Series E funding also led by Andreessen Horowitz in 2014 and then raised $200M in private equity funding led by NBC Universal in 2015. Vox Media had raised $46.5M from General Atlantic in 2014 and then raised $200M from NBC Universal in August 2015. In 2013, Jeff Bezos surprised many by acquiring the Washington Post for $250M.

With this round Medium aims to make a dominant pipeline to connect quality content and conversation, personalized around user interests and made richer by the activity of the Medium network. They are hosting an event on October 7 to announce new product features and partnerships.

Talking about the fund raising process, Andy wrote, "When we set out to raise capital, we looked for advisers who love our product and will help us identify and seize big opportunities. We were immediately attracted to a16z and GV. Ben Horowitz has exceptional perspective on company building, both as an operator and an investor. M.G. Siegler has deep expertise on the intersection of technology and media. And we are fortunate to continue our great relationship with David Sze, Josh Elman, and the rest of the team at Greylock, whose advice and support has been invaluable these past two years. 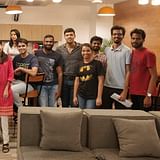