From being a cricketer to being the CEO of India’s biggest sports ticketing company: Neetu Bhatia’s journey 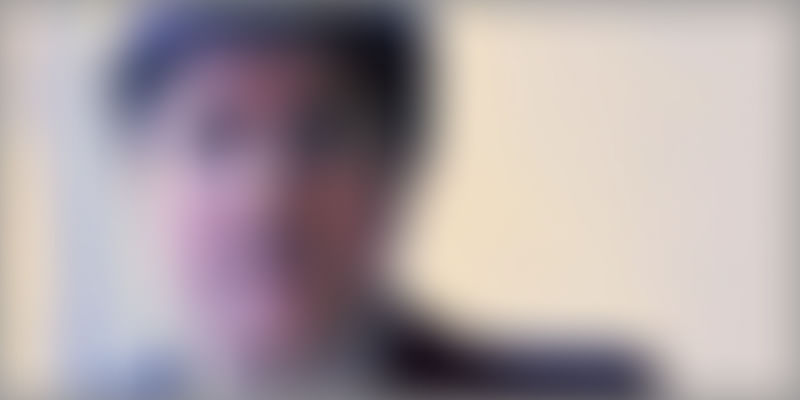 It maybe hard to believe, but paradoxically her parents wanted her to become a cricketer while she wanted to pursue a career in engineering. With entrepreneurship, she got the perfect opportunity to combine both and live life a full circle.

A national level cricketer, she was picked up as the captain of the Maharashtra state team at the Junior level when she was in Grade 7 in school. Born in Pune and raised partly in Pune and Ahmednagar (near Pune where her parents were working and living), Neetu inherited this love for the game from her parents. Her father and his brothers were almost all college and University level players while her mother was a great fan of the game. “In fact, before I got into serious cricket, we would all play together in the neighbourhood,” recalls Neetu saying that she practiced with the boys where she honed her skills. As a team member, she travelled to various parts of the country too. She owes a lot to the game of cricket, she says.

Sports helps to build in skill sets including leadership, taking people along etc, something which has helped me in a big way in my entrepreneurial journey so far,

Cricket took a backseat when she embarked on her engineering studies but the passion lived on.

The engineer in Neetu

Neetu says she loved pulling things apart and assembling them back as a child. “It was always my forte,” she says and it helped that she got great exposure in the Indian corporate world at that time. She trained at the Tata Motors twice while pursuing her engineering from the Government College of Engineering, Pune and that she says, was the perfect eye-opener. “That opened my eyes to how things were built, sold, industrial development and gave me great insights and experiences in those sorts of situations,” she says.

Then it was time to take a crucial decision. She had applied both to MIT and Stanford, both of which were ready to take her in. “MIT was always a dream, so I was biased towards it,” says Neetu who was delighted with great professors, peers, and the overall environment there. That was, in fact the first flight Neetu took to go to an international destination.

She got an opportunity to work with Nobel Laureate Franco Modigliani as a research assistant on ‘An MIT solution to the Social security Crisis’. It looked at how America under Bill Clinton was faced with a social security crisis of sorts and built a model to overcome the crisis. Economist Alan Greenspan congratulated them on the great work they put in.

She knew what she wanted to do – a lot of deals, mergers and acquisitions – essentially Finance. That led her to take up a role as consultant with McKinsey & Company, advising senior management of Fortune 500 companies on strategic and operational issues. Then it was a stint at Lehman Brothers in New York, executing several lead-managed media and telecom advisory, capital raising and restructuring transactions.

Later she became a senior media and telecom investment banker on Wall Street, followed by the role of a Director in Media, Communications and Technology Investment Banking Group at Montreal’s US Internet Media practice.

To give a rough estimate, Neetu’s transactions include over 40 billion Dollars of executed deals for biggies like Google, Cingular, Verizon, Cablevision, Comcast etc.

“The Telecom de-regulation happened in the US then. A lot of technology and media advancements unfolded before my eyes, it was fascinating how technology was impacting the lives of so many people in a nation,” says Neetu.

Looking ahead at a great future, Neetu had no plans to return to India at that time till a family vacation to India paved her way to entrepreneurship.

“Once when we were visiting family in India, we wanted to go out and have some fun. There was so option at all and we could not find out whether we would get tickets to that event by the time we would reach there. My brother and I were amazed to see that there was actually no way we could find that out,” says Neetu who got a call from her brother Akash soon after she went back to New York.

Half-a –dozen visits to India later, Neetu knew she was looking at a serious business prospect.

Though the whole concept of an online ticketing service was alien to people in India, they did embrace it at the same time when we introduced it,

And the rest, as they say, is history. Today Kyazoonga is an established name in the ticketing circuit and Neetu recalls personal experiences where people sitting in different parts of the world were able to recognise her company as ‘isnt it the ticketing company?’

With a very scalable product up their sleeves, the business prospects at Kyazoonga are also quite exciting at the moment. They have been operating in the Caribbean for the last two years and will soon explore other foreign markets as well. With an internal IT, Neetu says the company knows how to customise the product and deliver and scale it up or down, depending on the requirement.

Ever wondered what Kyazoonga means? Well, nothing much except that ad guru Prahlad Kakkar suggested the name and they stuck to it. “We were a little sceptical too initially, but finally agreed as it gives us a flexibility. It’s meant to be different and a name which would stick with people just because it is such. The name has now come to signify an experience,” says Neetu adding on a lighter note that Facebook, Google and Yahoo, the successful names high on popularity too have two ‘oo’s in their names!

I miss being a cricketer obviously but as someone passionate about the game and having been an active participant at one point in time, am glad that am able to work so closely with something so close to my heart. Ticketing is a huge revenue generator and what makes me happy is the fact that the revenue is going back into the development of the game,

says a contented Neetu. Her company also ticketed the finals of the 2011 Cricket World Cup, where India went on to win the tournament.

“It is an extremely rewarding feeling to democratise access to a game which has such a huge fan base globally, particularly in India,” signs off Neetu.