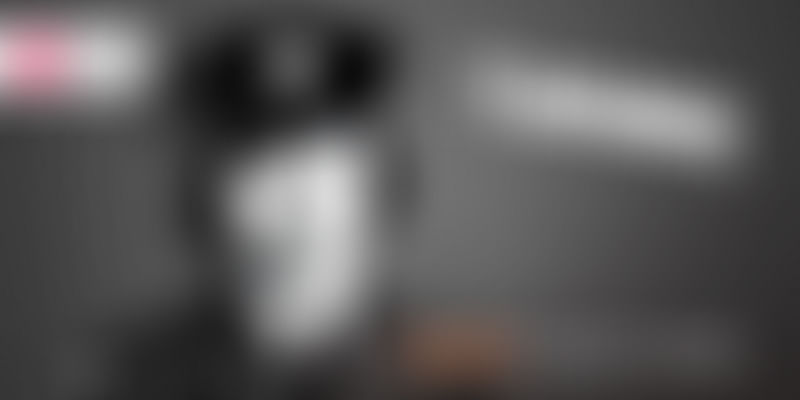 Of the many stories that we get to hear from World War II, one of them includes the story of Noor Inayat Khan, the Spy Princess as she is popularly know.

To those of you who are not familiar with her inspirational story here is her journey from a happy child who grew up in a Sufi household and went out to become a spy during the second World War.

Born on New Year’s day in Moscow in 1914 in the Vusoko Petrovsky monastery, a short distance from the Kremlin, to a proud Indian Sufi preacher, Hazrat Inayat Khan and an American Mother, Ora Ray Baker, she was the couple’s first born.

Named Noor-un-nisa, meaning ‘light of womanhood’, she was given the title of pirzadi (daughter of the Pir). At home she was simply called Babuli writes Sharbani Basu who has written – Spy Princess- the life of Noor Inayat Khan.

Noor was the eldest of four siblings—Vilayat, Hidayat and Khair-un-Nisa. Their father Inayat was the grandson of Maula Baksh, the founder of the faculty of Music at the University of Baroda, and Casimebi, the granddaughter of Tipu Sultan, ruler of Mysore.

Inayat met Ora in 1892 in San Francisco, California and they were married on 20th March 1913. From then Ora became Amina Sharda Begum. Inayat was a musician who played all over the world. He was also involved in the Sufi movement and setting up the Sufi Order abroad. His music took him to different parts of the world.

In 1920, the family of Inayat Khan moved from England to France. They moved to a house in the small village of Tremblaye, north of Paris. The house came to be called Fazal Manzil and was always teeming with members of the Sufi order. It was in this house that Noor spent many years of her childhood.

With her father’s love for music, Noor and all her siblings could play instruments. She played the piano and the harp and loved to write poetry as a child.

Sharbani writes, as a child Noor wrote poems and stories and made up little pieces of music which she would play on the piano to the amusement of her family. She had a high-pitched voice, which would become even higher when she was excited. Noor had learnt to read music from her father and started writing down Indian Sufi songs with western-style notation.

Noor had a happy childhood but life was to take a different turn when her father who had travelled to India died in February 1927.

Noor’s mother was grief stricken and continued to stay in her room in isolation. The young Noor suddenly found herself responsible for running the household and taking care of her mother. She was always cheerful and very devoted to her mother.

With the war looming in Europe, writes Sharbani, “On the afternoon of 4th June 1940, as the German guns pointed towards France, Noor and Vilayat Khan sat down on a sofa near the big window in the living room of Fazal Manzil. Outside they could see Paris stretching out below them. They had to take an important decision.”

They decided to leave and the very next day packed their essentials and with a last look at their home for the past 20 years, they began their journey.

The family of Inayat Khan was on the move again. Noor hugged her mother and held on to her. She was fighting back her own tears, writes Sharbani.

The family reached England and from here on Noor’s life was to be different. Noor and her brother both joined the war. Though brought up in the Sufi environment of love and non-violence, Noor had to come to terms with the war and what was happening across the world. Noor joined the WAAF (Women’s Auxiliary Air Force) first and was trained as a wireless operator.

Later she joined the French section of the Special Operations Executive (SOE) and in 1943 got posted to the Air Ministry, Directorate of Air Intelligence, seconded to First Aid Nursing Yeomanry (FANY). She was sent to various other SOE schools for training. Noor Inayat had now become Nora Baker. She was fluent in French and English. She was trained as a wireless operator and was good at her job.

In 1943, given the shortage of agents, many women including Nora Baker were flown into France. Noor was one of them operating under the cover of Jeanne-Marie.

She continued to be in France and moved to Paris and was part of the SOE network there. She used to transmit continuously. Many of the SOE networks shut down as the Germans found about them. The Germans captured many of Noor’s colleagues. Noor too was under the radar of the Germans. She did manage to escape them twice but finally she was captured on 13th October when the Gestapo (secret police of Nazi Germany) finally caught up with her.

Noor was taken prisoner and many techniques were used by the Gestapo to trick her into giving information. Noor was adamant and alert. She never let a word slip out. In fact she even made attempts to escape from prison till she was put in chains and subject to solitary confinement in Pforzheim Prison.

On 11th September she was let out of Pforzheim and sent to Karlsruhe prison in Germany on the 12th September and from there she was sent to the Dachau Concentration Camp on the 13th.

The light of Noor was to be extinguished on 13th September 1944 at the Dachau concentration camp in Germany. Labelled as, ‘highly dangerous’, Noor had to undergo extra torture. The Germans stripped, slapped her and called her names. They left her bleeding in the cell. Noor held on- “As dawn broke over the death camp, Noor lay on the floor battered and bleeding but still defiant. An SS soldier ordered her to kneel, pushed his pistol against her head.

‘Liberte!’ shouted Noor as he shot her at point blank range. Her weak and fragile body crumpled on the floor. She was only 30.”

Shortly after her death, she was dragged to the crematorium and burned.

Noor Inayat Khan continues to live in public memory as the Spy Princess. The one who dared to do what many others would not. Hers is one of the most inspiring stories to come out of World War II.

The French presented her with their highest civilian award, the Croix de Guerre with the gold star. The citation read-

She was sent into France by Lysander on June 16th 1943 as a wireless operator with the mission of assuring transmissions between London and an organization of the Resistance in the Paris area. Shortly after her arrival a series of arrests broke up the organization. Obliged to flea, she nevertheless continued to fulfil her mission under the most difficult conditions. Falling into an ambush at Grignon, in July 1943, her comrades and she managed to escape after having killed or wounded the Germans who were trying to stop them. She was finally arrested in October 1943 and deported to Germany.

This citation carries the award of the Croix de Guerre with Gold Star.