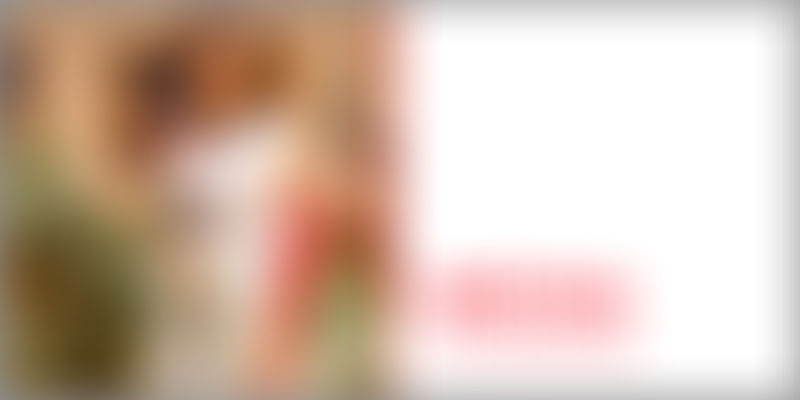 “I never thought I could teach and a teacher is not what I wanted to become. In fact that would have been the last thing as I come from a family of teachers and I didn’t want to be that,” says Reetika Khanna, who did her schooling from Auckland House School, Shimla and pursued her bachelor’s degree in mass communication from Punjab University because she aspired to become a journalist.

After her daughter joined Vivek High School, Chandigarh, she started thinking of doing something that would ensure that she could be there for her daughter when she was home. Suddenly, an English teacher who was handling grade 5th left, thus creating a vacancy. That’s when Mrs. P.K. Singh, the Principal asked her to join till the time they could find somebody else.

I found myself with 10 year olds, never having taught before, no one to help because I was taking all the sections so there was no other core teacher and I wanted to run away. The kids were so annoying and I was judging them by my standards little knowing that they were so small because I was not a teacher, right?

She continued teaching because the school was unable to find a replacement. Gradually Reetika started developing an interest in what she was doing. At parent teacher meetings, many parents appreciated her style of teaching as the children were enjoying the classes and understood better.

Having no formal degree in education, she wanted to be fair to her students and decided to do a distance course in education while she was teaching. When she had finished 3 years of teaching, her husband, who used to run a well-known social organisation in Chandigarh, died. She quit her job to manage the same since there was nobody else who could run it.

Being very passionate about what I do, I would just get too much involved and I would agonise over where the funds would be coming from, how to run the school, what to do about the children. Even to having a cup of coffee outside in a restaurant, I would start thinking that this money could go into helping somebody.

After running it for two years, she realised that this was not where she wanted to be. So, she returned back to teaching and passed on the responsibility to somebody who could manage it more efficiently and with a

better frame of mind. Peak of her career

In 2012, she applied for the distinguished teaching award programme in the United States. She was one amongst the 3 teachers who were selected to do a research in curriculum. She was teaching and taking courses at the University of Maryland for four months. Soon after, she became the Deputy Dean Academics at Vivek. To grow more in this field, she realised that 4 months weren’t enough and that she had to study more. She got admitted in the University of British Columbia, Canada to pursue her post graduate study in curriculum and won a scholarship which she will take up in September.

Her journey so far

I was very strict. I was teaching them the way I was taught. My school was almost like a military school so the teachers were very strict and I just thought that is the way to be. I didn’t know any other way to be.

Leaving no stone unturned, she was actively involved in dramatics and other extracurricular activities apart from teaching. Reetika has always believed in giving opportunities to her students be it a leadership opportunity or in the field of dramatics so that they can use it beautifully to achieve success.So that has been my journey. Absolutely fascinating. Given from what I started, very reluctant to what I am today. I am ready to give up everything here my house, my job and go and do more in the field of education.

She eventually sees herself consulting with CBSE, which is a central board. She feels many more educationists are required on that board to reform the system.

She concludes by saying,

It is one of the lowest paid profession monetarily but I think I feel rich because it is a professions that satisfies your soul and I think if every teacher puts in passion there is no limit to how much the kids and how much the field of education can benefit from it. I feel we have good teachers. We need to value them more.