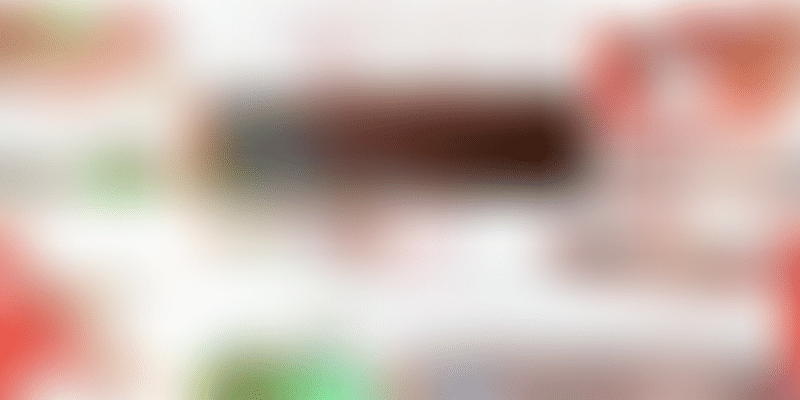 As far as meeting our energy needs for the future is concerned, there is a general consensus that we must move away from non-renewable energy. The reasons include fossil fuels being a finite resource and the pollution and global warming caused by them. There, however, is an ongoing debate on whether we must embrace nuclear power or adapt ourselves into using renewable energy.

Nuclear scientists and lobbyists had an upper hand in the debate, and those advocating for better research and greater investment into clean energy sector were tagged as being idealistic and unscientific hippies, until Fukushima happened.

The Fukushima Daiichi Nuclear Disaster was triggered by the dreadful Tsunami of 2011. Radioactive leakage ensued and 300,000 people had to evacuate the area, leading to the deaths of nearly 1600 people. This exposed the uncertainty involved with nuclear power and disillusioned most of its advocates off their over-optimism.

Fukushima was not a disaster in isolation. The worst nuclear disaster of all, the Chernobyl disaster, took place in 1986, causing 56 immediate deaths and up to 985,000 deaths due to cancer and leukemia in its aftermath. Earlier in 1979, the Three Mile Island disaster in the US had also led to the evacuation of 140,000 people and mass panic. It is believed that over 300 people died in its aftermath. Worldwide, there have been 99 reported accidents at nuclear power plants. Of these 56 have happened after the Chernobyl disaster, showing that we haven’t learnt our lessons.

Globally, more nuclear power reactors have been shut down than that have been opened in the recent years. It all started in the year 1980 after the Three Mile Island disaster, when Sweden became the first country to begin nuclear phase out. Public protests and democratic processes ensured that this was soon followed by Italy, Belgium, and Germany. Austria and Spain soon enacted laws to cease construction of new nuclear power stations.

When Fukushima took the global community by shock, Germany went on to permanently shut down eight of its 17 reactors and pledged to close the rest by the end of 2022. Switzerland opted out too with plans for a complete nuclear phase-out by the year 2034. Even today, many countries with available nuclear infrastructure and technology remain opposed to nuclear power, including Australia, Denmark, Greece, Ireland, Latvia, Liechtenstein, Luxembourg, Malta, Portugal, Israel, Malaysia, New Zealand, and Norway.

Although it was considered a nascent technology for many years now, and was deprived of funds and investment, the renewable alternative has already come of age, with the world embracing it. In the past 15 years, annual renewable capacity additions have outpaced the nuclear sector. By 2010, the cumulative installed capacity from renewables overtook that from the nuclear sector. Both sun and wind are free resources and the cost of resources to energy conversion is rapidly coming down.

Even countries with aggressive pro-nuclear policies are going renewable. Over the past 10 years, US has added a capacity of 100 GW with an output of 42.5 GW to its renewable power, which is worth 40 nuclear reactors of electricity, while it has witnessed only a marginal increase in its nuclear capability from the existing plants. The country plans to add a capacity of 305 GW of renewable power in the next 10 years, while their goal for nuclear power addition in the same period is just 5.6 GW.

Even China is adding more capacity with wind and solar compared with nuclear. China’s nationwide grid-connected wind capacity stands at 95.81 GW, for a year on year increase of 25.6%, while the country’s solar power capacity, rising by 67.0% every year has crossed 25 GW. The power generation capacity added from renewable sources is more than the 5.7 GW generated from the five nuclear plants that started last year. These are just some examples of how renewable energy can accelerate an aspiring economy in an environment friendly way.

Apart from obvious ecological reasons, there are economic reasons to go renewable too. Nuclear plants takes a huge amount of time to build and cost much more than renewables. For example, the construction cost of Gujarat’s Kakrapar Atomic Power Station originally was estimated to be 3.8252 billion rupees, but finally cost the Indian taxpayers a hefty sum of 13.35 billion rupees. Add to it the incidents of irregularities which have been reported. The problem of storage and waste disposal continue to haunt us. Not to forget the potential cleanup and life costs from a nuclear incident, which is the primary point of debate of India’s nuclear liability bill, too.

The existing nuclear plants in India have witnessed many irregularities, while our Atomic Energy Commission remains one of the most secretive institutions in India. According to M. Pushparayan, leading activist of the Koodankulam anti-nuclear movement –

India is endowed with great solar and wind potential. We generate a lot of waste which can be converted to energy. These are distributed ways to generate energy. Each village can have its small solar farm and wind mill and made self-sustainable. Nuclear on the other hand uses huge amounts of land, leading to mass displacement of villagers and takes away people’s livelihood. These projects destroy wildlife and ecology. They use huge amounts of freshwater, and thanks to illegal mining, Tamil Nadu is already short on water too.

Study suggests that solar and wind energy in India is cheaper than nuclear energy too. Electricity from solar cost Rs 8, and that from wind energy costs Rs 4.5 per unit. In contrast, electricity from the Gujarat’s MithiVirdi nuclear project will cost Rs 12 per unit. Renewable energy also saves land, which is one of the most scarce and expensive resource in India. The footprint area of a windmill is minuscule and can be built within farmlands to help farmers become self-sufficient. Research suggests that it takes about 40 square kilometers of distributed solar panels to meet the India’s current energy needs. Compare this with the Three Gorges Dam, located in China, which uses 1,084 square kilometers.

While India’s efforts in the nuclear sector continues to grow, the amount of work happening in the renewable sector needs to be ramped up several notches. India continues to chase its nuclear dream and plans to increase its nuclear capacity from 3% to over 9% of the total share of energy needs, while India’s share in green energy sector remains menial.

At present, the solar power generation capacity of the country is only about 3000 MW, when compared to China’s 25 GW. Recently, Indian government did set an ambitious target of enhancing renewable energy generation to 1.75 lakh MW, a five-fold increase from the current capacity, but how it is met is yet to be seen. India’s work in renewable energy sector has received ample International praise too. Although we have a long way to go, the journey has begun.

As India treads its path of progress, infrastructure will play a critical role. Meeting energy demands will continue to be one of our greatest challenges. Nuclear has a huge downside, and is controversial. Renewable on the other hand is clean energy. No government wants to go nuclear at the cost of its citizens wish. It is always a pragmatic choice which needs to be made. We can, however, learn from the mistakes of the developed world and choose a path which is both ecologically and economically sustainable.

Renewable energy has proven to be a citizen-driven initiative, while government needs to work towards meeting its goals, we as citizens can start by installing solar in our homes, fields, and community areas. With pro-renewable policies laid by the government, citizens have already started selling the additional solar energy generated back to the government. There are opportunities for farmers to sell solar energy to the government. As more citizens will continue to subscribe to clean energy initiatives, the government will follow our lead. Yes activism is needed, putting pressure on local governance to bring renewable initiatives is needed, but this time, there is chance for citizens to win by choosing to act. Think about a future where citizens manage their own energy needs, and the need to build the next nuclear reactor is not felt at all.