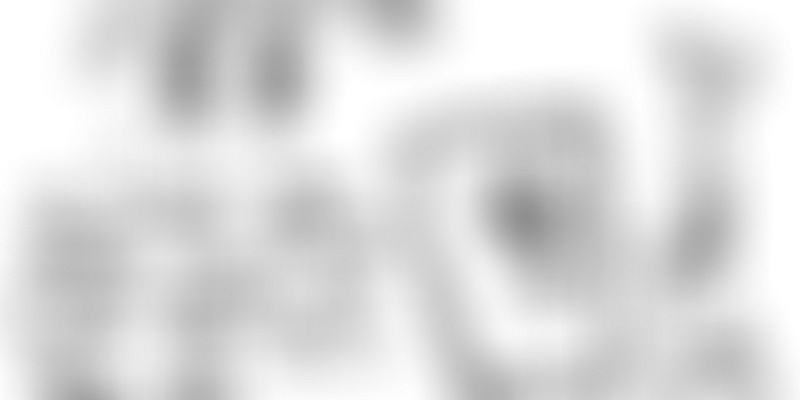 He’s responsible for transforming a dreary subject into rib tickling cartoon images. His website ‘Green Humour’ is a rage and replete with his tongue in cheek wit about the natural world. Rohan Chakravarty set out to be a dentist. At the age of 28 he’s perhaps the only one in the country who’s making cartoons on natural history. What sets apart Rohan’s work is his ability to translate complex messages on wildlife conservation into simple laugh-out-loud images from dancing penguins to polar bears sipping beer. His doodles may make people laugh, but they come with a strong conservation message and that’s why NGOs, scientists and publishers are lining up for a slice of his work.Not just cartoons, his website Green Humour is the one- stop shop for his cartoons and products on the natural world – from mugs and calendars to illustrated maps of protected areas across India. The man behind the drawing board, Rohan Chakravarty, in a free-wheeling chat with Bahar Dutt talks about his journey so far as a wildlife cartoonist, on being the CEO, Coffee boy, Desk Manager of his own company called ‘Green Humour’.

FROM HALITOSIS TO CARTOONS

“Nagpur, the tiger capital of the world has been my home for the most part of my life. Growing up here meant that I had the most amazing wildlife at my doorstep (quite often literally!). My parents, an ex-journalist (mother) and a footwear merchant (father) always encouraged inquisitive behaviour, and that I think was a very important part of learning about animals. I used to watch mongooses mate in my backyard with keen interest and though my parents never had an explanation to what was happening, they never objected to my voyeuristic indulgences.”“Dentistry happened as a result of several wrong teenage choices and the 5 years I spent pulling out teeth in a dental college were the most aimless years of my life (they stank- both from halitosis and otherwise). I have since then never recommended teenagers to consult aunts from small towns for career-related advice!”

“Green Humour started off as a pastime then, and paved the way for animation as my next career. After my course got over, I found a job with a multimedia firm in Bangalore where I directed 2-d animated segments for web films for three years during the day, and drew cartoons for Green Humour by night. Mundaneness crept into my job as well, in the form of IT films, and an existential crisis ensued. After some deliberation, and finding meaning only in drawing cartoons with animals for some odd reason, I decided to quit the day job and took up Green Humour as a fulltime occupation in 2014. Since then I have served as the Director, CEO, Alarm Clock, writer, artist, Chief Breakfast Chef and Head Coffee Boy at My Little Desk in My Bedroom Corp., and I’ve had quite a joyride.”

“My first education about the natural world came from my late grandfather who was a wildlife enthusiast and would often take me for strolls to the city zoo and occasionally on safaris too. Spending time with him served as early crash courses in natural history.”

“That’s right. My brother Rohit Chakravarty (alias Bruce Wayne) is a wildlife scientist with a special interest in bats. I’ve accompanied him on a couple of bat expeditions, but we are more of birding-buddies; often even rivals, constantly trying to trump one another with our bird counts (he is 50 ahead of me currently, damn it!). His work, and his adventurous and fearless approach at it, is a constant source of inspiration to me; and one cartoon has even been a direct result of observing him on-field.”DOES BEING A WILDLIFE CARTOONIST PAY?

“You would be surprised by my answer, and it is indeed a satisfying feeling saying so- yes, it is financially viable, if you’re up for the struggle and long, unending hours of ideating and execution. It took a while for me to start making a reasonable income out of drawing cartoons about wildlife. Like every freelance job, you have good and bad months. In my line of work, where work and play mean the same thing, it isn’t very difficult being disciplined at your job, and that helps a great deal.”

“I kid you not, I reply in the negative to at least three e-mails every day from people who look to publish my work free of cost. As an artist still in your struggling years, it is mandatory to realise the worth of your art and to make sure it is in the right hands. It takes several years of proving yourself over and over again to reach a point where you have the freedom to say no to projects that either do not interest you enough or do not pay well. But of course, it does not stop me from contributing pro-bono on some occasions to causes that directly benefit wildlife and conservation.”

YOUR ADVICE TO BUDDING CARTOONISTS

“I think if cartooning had an IUCN status, it would be ‘critically endangered’ or even ‘extinct in the wild’! Cartooning is a dying art and I wouldn’t recommend it to the weak-‘arted’. The biggest pitfall of the job is the same question that you will inadvertently end up asking yourself every night, which for me goes something like this- “Great, I had loads of fun drawing today. But does anybody else on the planet even care a damn about why the frigate bird in my cartoon is inflating his gular pouch?”

“But there are pluses too. After all, you get paid to make mischief and commit buffoonery each day. In my knowledge, that seems to be the best job in the world! The response from the wildlife fraternity has been beyond over-whelming. Spending four years in Bangalore, the ‘wildlife capital’ of India, and even hosting my first solo exhibition there, meant tremendous exposure of my work to the wildlife circles and even though I do not fit into any specific category (scientist, photographer, writer, film-maker etc), the wildlife folks have always accepted me with open arms. I have had the fortune of collaborating with some leading wildlife publishers, NGOs and state-run organizations, both Indian and international, to bring out illustrated material on awareness and conservation over the years.”

WHERE DO YOU GET YOUR IDEAS FROM?

“Ideating is an annoyingly random process for me. You see, inspiration is like a fat gecko on the wall. When you’re watchful about it, it sneaks behind the clock. When you least expect it, it drops on to your lap!”

“My ideas usually come from observing animals on a trek or from reading about them in books and now on the web. I also find a great deal of inspiration in the antics of our Environment Minister.”

“My recent exhibition was held in Hyderabad in June, in association with WWF India, and it was also the first time I conducted a workshop on drawing wildlife cartoons, the response to which was heart-warming. I got requests from school kids to draw tiny animals in their notebooks, and that was the best feedback I could get!”

Your favourite cartoon and what it’s like to run your own company?

“I have a long list of favourite cartoons. One I can think of at the moment is a Calvin and Hobbes strip in which Calvin captures a butterfly and presents in to Hobbes, who retorts, “If humans could put a rainbow in a cage, they’d do it.” Ashamed, Calvin releases the creature back to where it belongs- the wild.”

“I’m usually acutely critical of my work, but one cartoon that stands out as my favourite is of Arctic Terns (known for migrating for the longest distance- one pole to another and back) recounting their migration experiences to Penguins in the South Pole and Polar Bears in the North Pole. It makes me laugh out like the bears in the second panel, each time I read it. I think it has the right balance of craziness and science in it. The striking of harmony between the natural history enthusiast in you and the mischief monger in you is a very satisfying feeling!”

CAN YOU MAKE A CARTOON JUST FOR YOURSTORY- TO DESCRIBE YOUR JOURNEY BEST?