Why these teacher-entrepreneurs would rather remain students for life 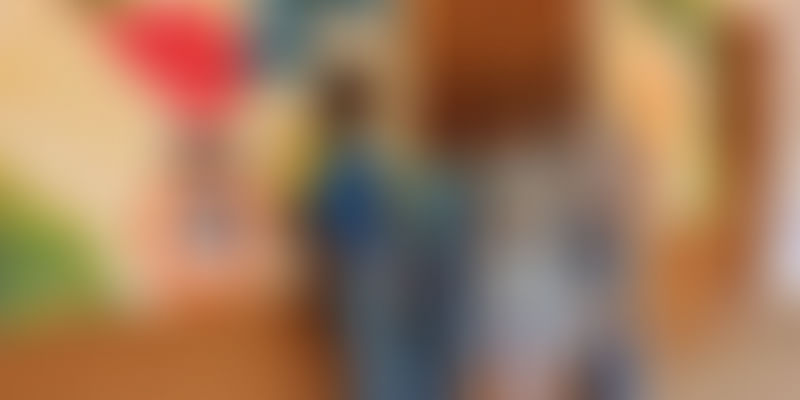 In 1965, a young, handsome graduate and a three-time National Squash Champion from Delhi decided to give up his life of comforts to go and live in a village in one of the most impoverished regions of the country. Such was his grit and determination that despite his family’s wishes and societal censure, he went on to build Barefoot College at Tilonia village in Rajasthan in 1972 which helps rural communities become self-sufficient.

Listed as one of the 100 most influential people in the world by ‘Time’ magazine in 2010, Sanjit ‘Bunker’ Roy busted a number of myths with his passionate zeal to make a difference.

I went to a very elitist, snobbish, expensive education in India, and that almost destroyed me. I was all set to be a diplomat, teacher, doctor – all laid out,

he reportedly told an amused audience at TEDGlobal 2011 in Edinburgh, Scotland.

It is nearly 50 years since Roy decided to see the ‘real’ India without the tinted glasses of an elite education, and today the Barefoot College is empowering hundreds and thousands of people across the world to lead a self-sustained life. According to him, it is a “place of learning and unlearning where the teacher is the learner and the learner is the teacher.”

To mark Teacher’s Day today, here are three different stories of three entrepreneurs for whom education is much more than just a blackboard, and a school more than just a building. Teaching is not a career option but their life’s mission. Like Roy, they hope to remain a student of life forever.

Shadab Hassan founded HH High School, Brambe, Brambe in Jharkhand, five years ago. After his MBA degree from Birla Institute of Technology in Mesra, Ranchi, he decided to stay back in his paternal village of Brambe and teach the village children. “While studying in college, I would regularly visit my village and would be shocked at how disparate our lives were from those of the villagers. Once, when I checked the bags of some school-going children, I found plates instead of books. They told me they went to school to eat because of the mid-day meal scheme,” says Shadab over a telephonic conversation from Brambe.

His initial plan was to work for five years, save enough money and then return to the village to set up a school. But when he met these children he realized in five years they would have grown up without any education and may continue to be exploited like the previous generation. “We started the school immediately from a half-constructed building without any chairs or table. We would hire daris (carpets) on a per day basis because we could not pay a lump sum to buy the three daris that we needed,” he recalls.

Shadab’s task was cut out from the beginning. He visited door to door convincing families to send their children to school. “It was not as if there were no schools in the village. There were nine schools. But there was no learning taking place. Villagers did not see any point in sending them to school because they felt they would finally end up farming?” Shadab says that’s when he told them that if the child is educated he/she will not be cheated while selling their harvest in the market, and it clicked.

With support from his wife Neha Kaur, his parents — Roshan Ara (who is the principal of the school) and Shahid Hassan (who spent his savings to see Shadab through in his mission), and with volunteers like Kumar Saurabh, who is now a full-time teacher in the school, Shadab is creating a powerful impact in the area.

He was felicitated by former Late President APJ Abdul Kalam for his work in Brambe.

Today, a student from his first batch, Danish Ansari, has got admission at the Central University of Jharkhand and has enrolled for Nano Technology. He scored 72 percent in Jharkhand State Board exams with 97 percent in Maths. Danish’s father is a farmer and mother is a Sevika in the village Anganwadi. Another student, Swaraj Kachhap, has opted for Water Engineering at the Central University of Jharkhand.

To volunteer at the school write to Shadab at www.shadab@gmail.com or reach out to the facebook page of HH High School, Brambe.

When youngsters wait for weekends to crowd nightclubs and shopping malls, a bunch of equally passionate boys and girls would gather on the footpath near their institute in Bengaluru to teach slum children the basics of Maths, English and art. Led by Saurabh Jain, a Chartered Accountant, the footpath school is now more than three years old.

Jain and his classmates from the CA Institute in Bengaluru founded Kadam, an organization to bridge the learning gap for preschoolers. “There were many children in the slum opposite our institute who would loiter the whole day. We realized they could not go to school because they had to look after their younger siblings while their parents were away at work,” says Saurabh.

They started gathering these children on weekends on the footpath and spent time teaching them the basics. The idea was to enroll them in government schools. Today, they have managed to enroll 30 children in different schools in the area. “By running this school, we managed to keep the spark of curiosity alive in these children,” says Saurabh.

According to Saurabh, many people ask them what they are doing, and what will they achieve? Answers Saurabh, “Let me start from the start. We teach a group of around 40 kids outside a slum. The place is a small plot of land with over 65 families and that makes it roughly 300 people. They stay in make-shift huts and do not have luxury of cots, beds, fans or tubelights. They do not even have access to clean drinking water.

Some kids go to school and a lot of them don’t. Over the past few years we have been teaching the kids and exposing them to a lot of things. They have a lot of dreams but the reality is that at the end of the day they have to go back to that same small hut. They feel proud to have learnt Maths concepts and spoken English. They make a lot of effort and put in a lot of hard work! But once they return home, their situation takes over. Today, we gave them a reason, a wish, a hope. We gave them a dream! A dream to work hard to come out of their situation.

If you want to volunteer at Kadam or contribute stationery, reach out to them on their facebook page.

Passion has no age. While youngsters like Shadab and Saurabh are powered by their zest to change things around them, a grandmother in Indore is using her years of experience to brighten the path of the less fortunate.

While her contemporaries and relatives spend their day watching the shenanigans of ‘saas-bahu’ drama on television, Jaya Nagar is busy instilling truth and honesty among her school children by imparting life skills. Such has been her passion that she moved her family from a prosperous area in the city to the present location which is home to mainly the working class population, much to the annoyance of her relatives.

If only she could plug the desktop there will be a hundred ways she could find help online. But this is a big challenge and she soon hopes to overcome it.

…and then you win

As Roy says in his conclusion in the TEDtalk, “Look for solutions within. And listen to people,” these entrepreneurs too are becoming the change they want to see around them. Roy ends his talk with a quote from the Mahatma,