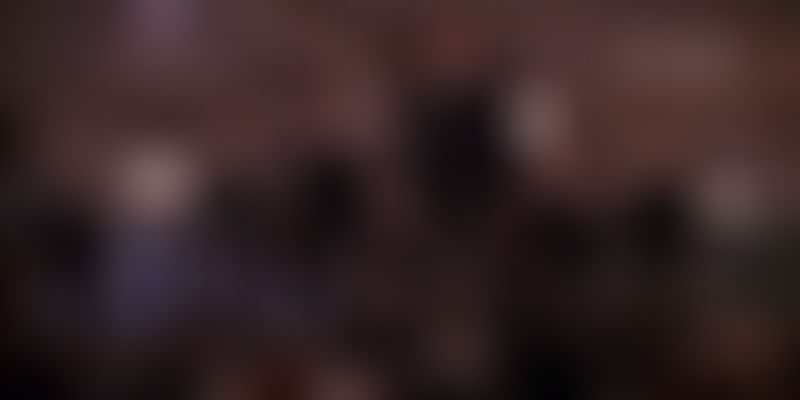 When a child is born, he/she learns to speak by observing and imitating others. They learn to take their first steps from their mother. Within no time they attain the age where they are ready for schooling and then the lessons never cease for life. They continue to learn from different sources.

This teachers’ day we bring to you some of the best movies to watch over the weekend to foster the pious relationship between mentors and mentees.

There cannot be a better movie when it comes to teaching and learning. The movie achieved a cult status and “O Captain! My Captain!” became a dialogue of defiance when it came to free thinking. This movie also went on to be a significant milestone in the career of Late Robin Williams. The greatness of this movie inspired several copycats around the world. The last scene of this movie where the students stand up on the desk one by one in defiance of their principal and as a respect to John Keating leaves a lasting and indelible impression on the audience.

Based in the 1930s, this story talks about the debating team at Wiley College and the efforts of their coach Melvin B. Tolson, played by Denzel Washington. The film walks us through the America of 1930s and the days when blacks were trying to make their mark. Denzel Washington helps his students and his college to debate Harvard and to get national recognition for the same. The film packs a great punch in its dialogues, the most memorable being – "An unjust law is no law at all."

A hopeless panda who aims to become a Kung Fu champ and his master who initially gives up on him, Kung Fu Panda is a story of faith and determination of a teacher and his pupil, where both are tested more than once. Kung Fu Panda goes to learn about the secret. And who can forget the moment when Shifu goes to master Oogway to talk about Po and Oogway gives him the most valuable advice.

"Oogway: My friend, the panda will never fulfill his destiny, nor you yours, until you let go of the illusion of control.”

Coach Carter is another brilliant story showing the harsh side of a coach to bring out the best in his pupils.

Based on the Story of Ken Carter, who not only wants his pupils to do better in basketball but also aims to give them a good life by making them study and get good scores, to move out of the ghetto life they live in. He often faces backlash for his methods. The answer by Timo Cruz to Coach Ken on being asked “What is your deepest fear?” is worth pinning on the wall.

"Our deepest fear is not that we are inadequate. Our deepest fear is that we are powerful beyond measure. It is our light, not our darkness, that most frightens us. Your playing small does not serve the world. There is nothing enlightened about shrinking so that other people won't feel insecure around you. We are all meant to shine as children do. It's not just in some of us; it is in everyone. And as we let our own lights shine, we unconsciously give other people permission to do the same. As we are liberated from our own fear, our presence automatically liberates others."

A story of a dyslexic kid, this movie is sure to make every one cry. This film teaches how to teach. It demonstrates how to bring out the best in students. A perfect work of art, this film goes on an entirely different tangent as compared with other teacher–student films, where teachers are generally portrayed as the strict kind. However, here we find an entirely different teacher who is compassionate and makes an effort to reach out to his pupil.

There were many moments in the movie where one can see the frustration of the teacher due to the unexpected pressure put on his pupil by his parents.

"Bahar ek beraham competitive duniya basi hai ... aur is duniya mein sabhi ko apne apne gharon mein toppers aur rankers ughaane hai. (There is a ruthless competitive world outside ... and in this world everyone wants to grow toppers and rankers in their house)."

Every film in this series is a great story of mentorship, like the relationship between Rocky Balboa and his coach Micky. Once Micky dies his former adversary Apollo Creed becomes his coach, who teaches him to be his best and helps him defeat his self-doubt and inner fear. After Apollo Creed dies as a result of a boxing match, Rocky pays tribute to his mentor by winning the fight. In later parts, Rocky acts as a mentor to his son and gives him life lessons. And who can forget the most amazing speech from the movie.

"Let me tell you something you already know. The world ain’t all sunshine and rainbows. It’s a very mean and nasty place and I don’t care how tough you are it will beat you to your knees and keep you there permanently if you let it. You, me, or nobody is gonna hit as hard as life. But it ain’t about how hard ya hit. It’s about how hard you can get hit and keep moving forward. How much you can take and keep moving forward. That’s how winning is done! Now if you know what you’re worth then go out and get what you’re worth. But ya gotta be willing to take the hits, and not pointing fingers saying you ain’t where you wanna be because of him, or her, or anybody! Cowards do that and that ain’t you! You’re better than that!"

A hockey coach who is shunned by society is out to clear his name and a team of 11 people who does not care about the team. Chak De is a brilliant example of cooperation, love, mentoring, and patriotism. The coach tries everything from being a bully to being soft to win the tournaments and make sure that the team plays as a single entity instead of individual matches. And who can forget the remarkable quote on winning –

The Pursuit of Happiness

An all time favorite of most entrepreneurs. The Pursuit of Happiness shows the struggle of a father and how he mentors his kid on different aspects of life. In spite of hardships, he makes it fun for the kid. Not only an example of struggle, hardship, and rags to riches story, this film is also a brilliant showcase of effective mentoring and parenting. And who can forget the scene where Will Smith says to his son –

Although just a small sentence, this line had an impact on so many people, and will be remembered for years to come.

The amazing relationship between a teacher and a student has been portrayed in this film. The student is full of self-doubt and the teacher has not reconciled with his past. Both of them are struggling with their lives while keeping a calm exterior. One of the best quotes in the movie, which is worth framing on the wall, was said by Will.

"You just spent 150 grand on an education you could have gotten for $1.50 in late fees at the public library."

A story of a teacher who wants nothing but the best from his students and uses questionable methods to bring out their best, including shouting, hitting, and berating them. The film shows the personal vendetta of a teacher against his student but eventually the teacher relents after watching him perform exceptionally in the end.

In the Freedom Writers, the Hilary Swank character teaches kids from poverty and crime-stricken families. When she finds out some students are making racist jokes she decides to teach them a lesson. However, she looks for the answers outside the classroom. She had them read ‘The Diary of Anne Frank’ and about another holocaust survivor Zlata Filipovic. The teacher even arranged for a visit with Zlata to share her experiences. The class went on to gain fame for their work by organizing a mass-reading activity to raise money to facilitate a woman whose family hid Anne Frank. Even a simple quote has a deep and profound meaning.

"But even an ordinary secretary or a housewife or a teenager can, within their own small ways, turn on a small light in a dark room – Miep Gies."