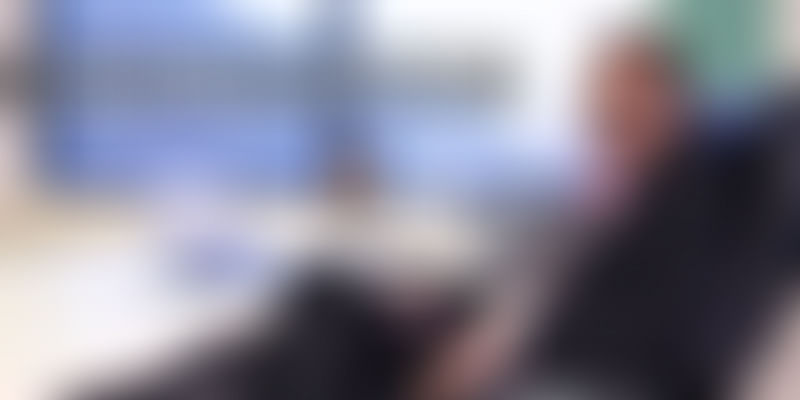 Our Techie for this Tuesday has been fortunate enough to work on different technologies during their infancy, on MMS and native mobile internet browsers when they were still unknown to mainstream public.

Army kids are known to survive in diverse atmospheres. And thus they are quite adaptable. It was quite similar with Ankush Tiwari; the nomadic life had a huge impact on him and taught him a lot of things. Moving from one State to another every two years, Ankush had been to every nook and corner of the country. Be it Maharashtra in the west or Assam in the east or even Jammu and Kashmir in the north. Ankush studied at schools all over the country, changing from one to another every two years.

By the time you get adjusted to the system and build a reputation in the school, it's time to move and start over again.

Always wanting to be a part of the Indian Army, Ankush contemplated joining after his schooling. But, his parents weren't happy and he had to pursue engineering. He joined electronics engineering at Army Institute of Technology, Pune. The year was 1998 and technology was the buzzword. He did not have an introduction to computers so far: by the time he got to programme on the PC, he was already in second semester and was coding in C and C++. The lure of computers didn't entice him as much, though he was good at programming.

A dream shattered for a new beginning

During his final year, the love for army resurfaced and Ankush once again contemplated signing up. His attempts to convince his parents were again futile. This would turn out to be a good event in his life. As the time for placements came, Ankush was prepared enough for his dream company Motorola and fortunately got placed.

It was a prestigious company and they grilled me as expected. My interview went on for about 4-6 hours.

Ankush was a core electronics guy and was put into software domain. The entire tech industry had just emerged from the tech burst and was going through a difficult phase. Motorola was in a growing phase and didn't feel much of the repercussions.

The great thing about companies like Motorola was they don't put you through another training school for six to eight months after engineering.

Apart from the fact that Ankush was good at programming, he didn't have to struggle while moving from electronics to computer science. At Motorola, things were quite challenging as the phones were not what they are today. Today, we have phones more powerful than an average PC. Back then, they had to programme in a limited environment with constrained hardware specifications.

It was a difficult challenge to figure out how to make things work on limited devices. Today it is tough to find good C++ guys who can program at that level.

Ankush was also part of the team which made the browser for MOTO RAZR and different platforms including Linux, Push To Talk, CDMA during his stay at Motorola. Motorola was a great learning experience for him, he adds.

He joined Azingo, a startup based out of Pune, which was working on LiMO(Linux for Mobile), an open source platform based out of Sunnyvale. He was chairing the working group for Web2.0 domain for the mobile internet framework. This would later evolve into Tizen and Meego platform. Android came into the picture later and had devices shipping faster than LiMO. It had tie-ups with more partners and OEMs which relied on LiMO were losing patience and started moving to Android. Soon after, Motorola acquired Azingo and Ankush was back to his parent company.

Ankush cofounded AgreeYa Mobility(now known as Mobiliya), a global company which works in the mobile security sector and makes highly secure hardware and software in the mobile domain. For someone who has worked for over a decade building software for devices, it is quite natural to see them moving to management side. But Ankush has no plans to do so. He still codes and oversees the development and believes that even if someone is from non-tech background they have be a bit of a techie and in a position to understand things.

Having built a team of more than 400 engineers at Mobiliya, Ankush says one of the most uncompromising traits he looks for is honesty and a never-give-up attitude in the people working with him. And this is what has led him to build a great team.

Related read: From an angel round of INR 10 Crores to INR 100 Crores revenue, Mobiliya is nothing short of an outlier

Ankush says technology for him is all about optimisation and doing things in a better way:

I might be doing something today and six months down the line there will be a new way of doing it.

Throughout his career so far Ankush has been doing things much before they became a buzz, be it working on mobile browsers or open source operating system for mobile phones.

In the future, Ankush looks to build things which will have an impact on technology and wants to be known as someone who made a dent in the technology space.

Ankush parts with his dream for future India and some life lessons for the younger generation.

If it is possible, I would make teaching as the most rewarding career. Today, people get into teaching by chance not by choice. I would love to change that.

His advice to students is:

Make sure you are not judging your success by the placement you get, your first job is just the launch pad.

Say hi to Ankush and read his insights here.