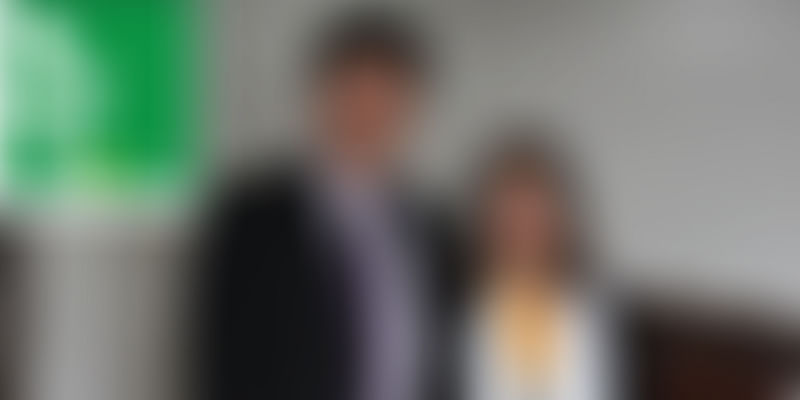 On August 14, 2015, I received an email inviting YourStory to the first-ever Tibetan Entrepreneurship Conference. And I had to go through it twice to let the information sink in. The contents of the email detailed the two-day event that would bring together entrepreneurs, government officials and the youth from the Tibetan community in exile in India. The Central Tibetan Administration (CTA) had announced a corpus amount of Rs 15 lakh to be given to the winners of the competition at the event, to help entrepreneurs seed their businesses.

On a misty monsoon afternoon, I met Tenzin Norsang, one of the main organisers of the event, at a hotel in Mcleodganj where the Tibetan government in exile is headquartered. “A majority of Tibetan settlements in India are situated in Karnataka; Mcleodganj is of course another big settlement and there are a few more in various parts of India,” says Tenzin. He represents the new generation of Tibetans in India. Growing up in Karnataka, Tenzin has never been to Tibet. “Our fathers came to India temporarily with a desire to go back to Tibet as soon as possible. But the period kept stretching and now there is a generation which isn’t sure of which place to call home,” he says.

The CTA was set up by the 14th Dalai Lama (the current one) in 1959 with an aim of rehabilitating Tibetans refugees and restoring freedom and happiness in Tibet. It has been a long journey spanning over a half century and the struggle still continues. Meanwhile, it has become important to boost the Tibetan youth and empower them to create employment opportunities. Lobsang Sangay, the Sikyong (equivalent to the prime minster) of Tibet’s government in exile was also present at the event. An LL.M. from Harvard Law School, Sikyong Sangay is a notable legal scholar and politician and has been very supportive of TED (Tibetan Entrepreneurship Development), which falls under CTA’s finance department’s purview.

The conference, which was held on August 31 and September 1, brought together a diverse set of people in the entrepreneurship space for exchange of ideas and building new connections. Apart from the speaker sessions and panel discussions, the startup competition was the major highlight. TED has been incubating a group of startups over the last three years and nine companies have now reached a stage where they could open up to public. Here are the startups that were showcased at the event:

KA: Started by Tashi Tsering and his team, KA is into app development. It has an in-house product called Tibetan Kid which helps children as well as anyone else interested to learn the Tibetan language via games, animation, etc.

Tendrel Travel: Gyalpo Tashi hails from a family of cross-border nomadic traders of salt and wool. Since 2004, Gyalpo has been providing designed and guided Tibetan walking tours, specialising in cultural and spiritual walking tours of Tibetan community in Ladakh. In 2010, Tendrel Travel was incorporated in Ladhak and has been providing spiritual tours in and around India. The company wants to scale and take operations to the next level now.

Tibetoonz Studio: Tenzin Tendhar is a graphic designer and has vast experience working with different animation studios as a creative artist. He holds a bachelor’s degree in digital art and has a diploma in 2D classical animation as well. His studio aims to create educational cartoons for Tibetan students.

Yakoooh: Tsering Dekey has an educational background in public relations and event management. She was the director of the Tashi Delek Concert, one of the largest Tibetan concerts ever held. Her venture, Yakoooh (name is an inspiration from Yak and oooh, an expression of excitement), aims to promote and give sustainable market opportunities for all Himalayan ventures.

Lhasa Capital: Founded by Tenzin Kunchok, a B.Com graduate, Lhasa Capital is an investment consultancy business. Through this venture, he hopes to create awareness among the Tibetan community about the importance of investing and the profitable methods of saving.

City Momo: This company aims to start a Tibetan restaurant focussed on promoting the Tibetan culinary art, through its Tibetan-themed restaurant strategically planned to be located at BanjaraHills in Hyderabad. It is started by Tenzin Rigthen, an experienced chef who graduated from the Culinary Academy of India in both chef arts and Culinary arts.

Tibetan Physiotherapy Clinic: A graduate in Musculoskeletal Disorder and Sport Rehab (MPT), Tenzin Jigme has started a ‘pain-free Tibetan physiotherapy clinic’ along with cofounder Penchen Sangpo, who is a BPT graduate. Located at Gangchen Kyishongin, Dharamsala, the clinic attracts at least 250 patients per month. The cofounders foresee more demand once they start their awareness campaign about physiotherapy in the Tibetan settlements.

Kunsang Studio: Kunsang Tenzing has been interested in photography from a very young age. He previously started Tibet Hope Center, which was an NGO-style organisation, where he provided language classes, went on monthly cleanup campaigns, volunteered at local old age homes and also staged campaigns on the importance of environment in Dharamsala. He now wants to start a photo studio and find a business model for his activities.

On day one of the event, six companies were chosen and on the second day, after more interviews, the judges announced the results. Tendrel Travels, Tibetan iTech, KA and Tibetan Physiotherapy Clinic were earmarked with Rs four, three, three and one lakh respectively. They were all given feedback and the funding amount would be disbursed in tranches according to milestones achieved.

Sikyong Sangay gave the concluding thank you note where he congratulated every entrepreneur and called for more such initiatives to spur the innovation wave amongst Tibetans in India.