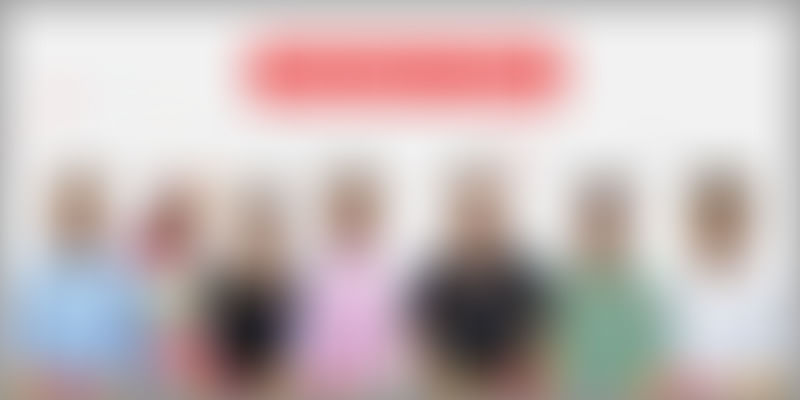 The Company that wants to be the Google, WhatsApp and Amazon of Healthcare

The doctor-patient ratio in India still alarmingly unhealthy: there is one doctor for every 1,800 citizens, and it tanks further in rural areas, with only one doctor for 60,000 patients. Even as we take leaps in science and technology, the contradiction in the country is still utterly disturbing; most villagers have to travel as much as 200 km to see a doctor for the slightest of reasons.

But here’s a revelation that might prove that we have been approaching this problem wrong all along. When people are suffering from chronic diseases, the need for physical intervention is minimal. In many cases, the opinion of the doctors depends on the test reports, without them having to check your pulse and respiration physically with a stethoscope. There are parameters available in various reports, and a plan of action can be devised just by looking at them.

Professor X and his avengers

Bharat Bhardwaj, cofounder and Chairman – or Professor X of their ‘Avengers Team of Founders’, as they like to call themselves – of Top Doctors Online (TDO) noticed this lack of awareness, and decided to bridge the gap using technology.

"I’ve seen the entire ecosystem of healthcare. In my younger days I have travelled across the country, while working and living in places with no water, roads or electricity for almost 22 hours a day. People have a dire need for healthcare, but there is no nexus for a network of doctors. Our country will only truly develop when we also contribute to the change through our expertise, with the help of technology," he says.

Bhardwaj rounded up his Avengers to fight this primitive state of affairs. Anand Chatterjee, cofounder and CEO became the ardent Hulk, and Dr. Pooja Thakur doubled up as the rational and focussed Black Widow. Together, they created TDO - a one-stop health destination offering content, real-time consultation online and service, thereby catering to all of a consumer's healthcare needs.

When they ventured into the market in 2009, they were a completely B2B offering. TDO - which was then the MediSurge Group- created white labeled portals for service provider giants like Vodafone, Airtel and Idea and other organisations in the medical fraternity. Their B2B operations made them a well-known player in the market, and they built some valuable liaisons in the medical fraternity along the way.

“This has helped us not only to build a steady stream of revenues but also gave us tremendous understanding of how users use health services on mobile and web platforms. Back then, although the internet penetration was only 10 per cent in the country, the success of our B2B operations gave us confidence to take our plunge into D2C business with Top Doctors Online as the brand,” says Chatterjee.

An Indian, suspicious of even a scarf sold by a faceless vendor online, was an unlikely consumer of an online medical solution. Net banking required a trust built over at least seven lives together, and wallets were unheard of.

“But along the way, we realised that smartphone penetration was 60 per cent, and people were using their mobiles to stay connected as well as to access information,” he adds.

Evolution side-by-side with the Indian consumer

“The barriers didn’t break, but did soften,” remarks Chatterjee. “In an emergency, where your family doctor may be unavailable, don’t go to the nearby clinic, don’t go to your family or neighbours who are not doctors; just click and speak. We’re just like your comforting mom and your concerned friend. That’s how we are promoting ourselves,” he adds.

Besides, many people have problems that they may not like to discuss even with their families, like gynecological ailments. They can chat freely, no-holds barred, with a trusted companion online who they will not have to look in the eye, ever.

Who’s who of the medical glitterati on board

The list of their in-house on-call (for chat) experts boasts of having the country’s top 50 medical geniuses – the likes of Dr. Mahindra Watsa and Dr. Kiran Coelho – who may have a three-month queue for a physical consult, but are just a click away in the virtual world. They all mostly have their private practices, but dedicate all of their remaining time to TDO’s bulk of patients. While most doctors offer a free consult, one may even book appointments with them online for specialised problems, for which the doctor may charge a fee.

“We are aspiring to be the WhatsApp, Google and Amazon of healthcare

services. Like WhatsApp, a user can communicate and chat with our in-house panel of expert doctors in real time. Like Google, they can find an exhaustive resource of information on health and medicine on our portal. And like Amazon, they may book the services of the various clinics and labs on our network," Chatterjee says.

The website’s content is created by renowned doctors and recreated by creative professionals so it is consumable for laymen. “Fundamentally, health is a boring topic. We try our best to make it fun!” he adds.

Since its inception in 2009, over 60 million users have accessed TDO’s mobile portal and around five million have availed of its paid services. And in the past three years alone, the company witnessed close to half-a-million doctor-patient interactions initiated by 1.5 million subscribers on the service.

Another name that instantly comes to mind when one thinks of digital healthcare startups is Practo, which holds a major clout in the sphere. Chatterjee says that their model is different, which endeavours to give their users a "complete solution of read, ask, book."

"Moreover, we aren't looking at a listings model where we enlist thousands of doctors and dentists. We want to have tie-ups instead. Build relationships. Create a network of doctors we have vetted, and would personally recommend," he adds.

“Here it is a guided marketplace – heath ‘care’ in the true sense of the word. We are with a patient from the first stage, till the very last. Our last mile service – local appointments, booking ambulances, blood banks – is what makes the difference. Besides, we even go the extra mile- and explain reports that come back,” Chatterjee explains.

In that regard, their tie-ups with 120 regular hospitals and 10 multi-specialty hospitals enable TDO to cater to 10 top cities of India.

Doing what they set out to do, saving lives

A 12-year-old boy from Patiala had lung cancer of the rarest of the rare forms, and was diagnosed with it at its final stage. While the doctors back in Chandigarh and Patiala had washed their hands off his case for a dearth of hope, his relative, a doctor in Jaipur, was willing to bet their last buck on TDO. TDO, quick to respond, and quicker to put words into action, rang up their colleagues at Tata Memorial hospital in Bombay, flew the boy down the next day, and six months later, he returned to his normal cancer-free life.

The appstore becomes the clinic

Their app was also formally launched on 2nd September, 2015. Chatterjee points out, “India is going mobile-first and it is our intention to provide the complete healthcare solution to users at their fingertips.”

“Over 90% of the Indian population using smartphones has Android, and cheaper smartphones are being launched. Thus many can receive the required health guidance through the app, even in the remotest areas of the country,” adds Bharat.

Their B2B model has proven to be a market leader, bringing them a 300 per cent increase in profits year on year. The company now gears itself up for Series A funding.