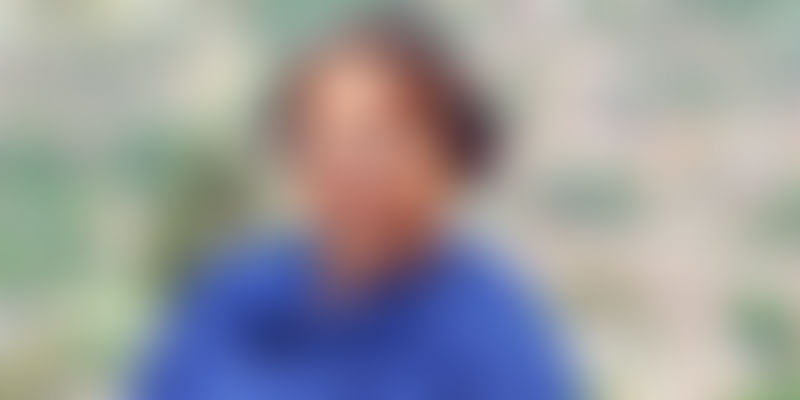 A self-confessed feminist, Vijaya Pastala, Founder, Under the Mango Tree (UTMT) says she comes from a very women-centric family. With a Bachelors in International Relations from Mount Holyoke College and a Masters degree in Regional Planning from the Massachusetts Institute of Technology (MIT), Vijaya always wanted to start up.

However, time was not ripe yet and she served various stints as a development professional in a career spanning almost two decades before she turned entrepreneur with UTMT. Her journey was laced with successful roles – be it at the World Bank, KFW Development Bank, European Commission, Department for International Development or even the Aga Khan Foundation, stints which won her accolades and perhaps told her that she needed to start up.

And if you’re wondering where she got the name of her startup, it came to her when she was working. While she was working as part of the United Nation’s rehabilitation programme, she was doing so from under a tree and thought she would name her company thus, if ever she was to start one.

UTMT happened to Vijaya and she became entrepreneur. Her entrepreneurial journey has been satisfying so far as her company looks at diversifying livelihoods and improving the income of the rural populace through the promotion of low-cost indigenous beekeeping.

Vijaya turned entrepreneur alright, but not before she faced her own set of difficulties. The challenges have largely been restricted to funding and human capital. With money always being a constraint in a startup in the initial years, she found herself in a Catch-22 situation where she was looking at committed professionals but did not seem to have enough resources at her disposal to hire them.

“I believed in my idea and have always been motivated by the fact that one needs to believe in his/her idea and stand by it before giving up,” she says. When she started up, she set up a timeframe for myself.

I thought I would give it a shot for five years and if things don’t work out, I would go back to doing what I did earlier for a living. Finally in the March of 2012, the company was able to sustain itself. So the idea is that the timeframe you give to establish yourself has to be realistic,

says Vijaya. According to her, it takes an approximate 1000 days for a business to establish itself and there are a lot of lessons learnt along the entrepreneurial journey, something which always stands the person in good stead.

A classic case in point is Vijaya herself who put in 14 years of hard work and perseverance to get the venture the shape it is currently in. Not only has she worked extensively in providing community-based livelihood, Vijaya has done what she does best – analysed poverty and worked extensively in providing community-based livelihood.

Her business idea was the result of a dearth in the sector she chose to work in. “A very simple idea, the fact that no one was doing it coupled with the scope of hugely impacting people’s lives, made me start up,” says Vijaya. Through her venture, Vijaya trains farmers to increase the production of honey.

The honey thus obtained is tested, certified and packed and labelled at a production plant in Mumbai. The packaged products are then either sold online or hand delivered to more than 100 shops in Mumbai and Bengaluru. The products also go out to several B2B partners as well.

And the results are showing.

Vijaya’s venture has grown manifold. Since March 2009, from just sourcing honey to providing beekeeping training, capacity building and ensuring market access to almost 3,000 farmers across six states all over the country, has impacted close to 15,000 rural lives, primarily farmers’ families.

Vijaya’s mantra of being there, doing that

You need to knock on closed doors to find out what is there inside. I think the problem with women is that they tend to take whatever is available as the set standard, they do not challenge it. I would suggest you challenge this given eco-system and enjoy the result that it yields, I constantly do it myself,

says this committed entrepreneur, who pursued her dream relentlessly for several years before finally tasting success at UTMT.

Having done that, she looks good to scale up further in the days to come.