Experience 365 days of adventure through Adventures365.in 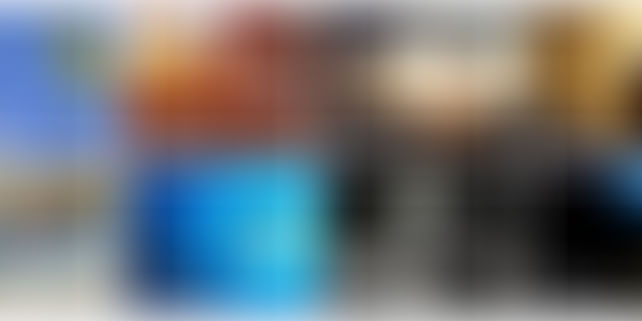 When it comes to traveling, some people just choose a place and go on a solo trip. For the less adventurous ones there are always traveling sites which organise trips and help people travel in groups. Adventures365.in is India’s biggest marketplace for adventure sports and activities. What sets it apart from other ventures is their focus on safety and their approach to adventure activities with a tech perspective. Instead of starting an adventure company themselves, they believe in leaving the work to experts and focus on bringing them together on one platform.

Advetures365 was started by Rohan Khedkar and Omkar Methavade, who is currently a final year engineering student in Pune. Rohan has over five years of IT experience and was working in Infosys before he was bitten by the startup bug. Rohan focuses on the technical and design aspects of the company. Omkar is the marketing guy and has ample experience in organising adventure-based events which comes handy in taking care of the operations and talking to organisers. Rohan says,

"We started pondering over the idea in the month of June 2014, and spoke to organisers and customers to see the problems they are facing on both sides. We did all the background study to see what we can offer in terms of technology and solutions. For two to three months all we did was a background check and after that we worked on technology and on Dec 25, 2014, we launched in the market."

In January 2014 their idea got selected for Tata First Dot – a competition for the startups. The team was selected as one of the top ten startups in 2014.

The problem with adventure organisers

At present, they have an eight member strong team for interacting with organisers. Prior to on-boarding an organizer, the team does a proper background check by traveling and attending events by adventure organisers to check on the quality before they list them on the marketplace.

The adventure tourism sector is heavily unorganised. The prices for any activity are decided by people organising the sport. With no source of credible information for outsiders, experiential blogs by people who have been there remain the only source of information about the particular spot.

While big resorts have their own partnerships with adventure companies and some of them also own these companies, small operators do not have any way to reach out to people and they are only dependent on inbound inquiries and requests. Most adventure companies do not even have an online presence and among those who have it is barely noticeable.

Adventures365 is helping these players to get noticed by helping them list and give them a platform to showcase their offerings. This also helps customers with information well in advance and thus giving them a worry-free travel. The startup helps travelers to search for different adventure activities. Following which they can select and compare between different organisers and places in which they are interested.

One can choose events from around 25 different categories. The listing is exhaustive and contains almost every adventure sport which is carried out in India, be it from rafting to hot air ballooning or night treks to waterfall rappelling and everything in between.

The company has categorised adventures into five elements and there is a sixth element as well which contains other tours like experiential safaris or bike rides. The five elements are air, earth, fire, water, and sky. All adventure activities which are done in a specific sphere come into the respective category, for example, paragliding comes under the air element. Trekking comes under earth section.

Why marketplace model instead of being an organiser

Taking about the reason why they chose to be a marketplace instead of being an organiser, Rohan says,

The company allows only those organisers who have registered with the government and have been licensed to perform that activity. This is done to make sure that the safety and security of the customers are of paramount importance and is taken very seriously.

Adventure sports are extreme activities and when people go for activities like skydiving and scuba diving, the probability of accidents is high when compared to other forms of leisure. At present, the company charges a percentage from organisers depending on the type of package selected. They do not charge anything from the customers.

Experience is not just another word here

To make sure that the experience does not take a backseat, the company does not pay the organisers until the event gets completed. If there is a cancellation or any other issues, it is taken care by the Adventure365 team. Rohan adds,

"In case of cancellation we deduct certain charges based on when the customer is cancelling his participation if it is last minute or some time prior to it. But if the organiser is cancelling the event we refund the full amount. There is always one representative going from Adventures365. For example, if there is a group of 20 people going with us for the event and in case there is something wrong, he can communicate with the organiser and make sure it is rectified."

Launched in December 2014, Adventures365.in had gained reasonable traction. In their 10 months of operation, they have served 1000+ customers from independent travellers to corporate from different cities ranging from Pune, Mumbai, Bangalore, and Delhi. They have 150+ adventure destinations with more than 500+ events listed by more than 30+ organisers across India. The company is currently working on their mobile app which will help ease the process for event organisers.

At present, they get around 40–50 bookings every month, with an average size of around six people per booking. The company is completely bootstrapped and is looking for funding.

Last few years have seen many people starting up in adventure and experiential travel space. There are players in the market such as CrazyYatra, Thrillophilia, and others. However, considering the amount of opportunities in this space there is a lot of scope for more players to enter.