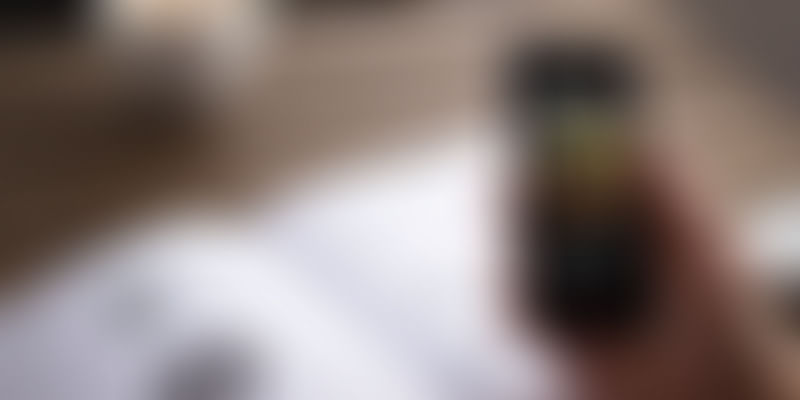 Compared to a few decades ago, there is now an information overload and this brings about new challenges. End consumers are forced to wade through a ‘jungle’ to find what they need. Platforms generally see less than their desired traction and are unsure of what to serve their consumers. Personalisation may be the answer here. It has been successfully adopted in other industries such as fashion e-commerce. Pipes aims to do this for short and long-form content, with their app.

Pipes is a mobile app only content aggregator that delivers personalised news, based on the user’s niche interests. Using algorithms based on artificial intelligence and NLP, the app learns the user’s consumption patterns and tailors news content.

The founders claim that the app mimics how a human thinks, and learns from their reading patterns without explicitly asking users for inputs.The company’s CEO Vinay Anand explains: “For example, if I was reading something about ‘Tim Cook’, Pipes would recommend stories and interests around, ‘Apple Watch’, ‘iPhone’ or ‘Apple’ itself.”

The founders say that while personalising news is the app's core function, other features within the app are what make the personalisation happen.

Summaries: Pipes generates summaries (without manual intervention) of the most important points of an article and claims to have an accuracy of 95 per cent. Along with short-form news, the app also offers long-form content.

Newslist and push notifications: Through ‘Newslist’, users can listen to news, while they are travelling, tired of reading or wish to rest their eyes. Pipes also lets users customise push notifications for topics that they are really interested in.

Pipes was founded about a year ago by Vinay (22) and Siddharth Goliya, COO (25). The duo have been working with each other for the pastfour years in three other ventures, with Pipes being their fourth. Though their first two ventures were not as successful, they learnt from their experiences in running Food For India, an online food ordering platform and Blood Seva, an online blood bank database. They finally tasted success with Doodle Creatives, their third venture and worked with clients such as Just Dial, Mainland China amongst others. They are currently funding Pipes through the revenues generated from Doodle Creatives.

On the thought process that went into the app, Vinay says, “We wondered: if one wants to track the lead up to the General Elections, 2014, which Narendra Modi eventually won, how would you do that? How would a 14-year-old Manchester United fan track his favourite club? Pipes was our answer to all that.”

The duo with their team, worked on the app for about a year to help people solve the problem of reading relevant content. The app is currently available to only iOS users and Pipes is in the process of raising funds and estimate that their Android app will be launched early next year.They ran a couple of public betas to get feedback from users and finally went public recently. Their current focus is to further finetune their app and get more users onboard. Generating revenue is not their current focus, the founders say.

Vinay adds, “Currently, we are pulling 30,000 stories from 2,000 sources daily from across the globe. But India remains our focus and we’re looking to build and grow big here in the next few months as we get our Android app ready.”

They are also looking at western markets across the globe where the iOS market is active. Pipes wants to build a community around their app.

With increasing smartphone adoption, a large percentage of people now rely on mobile apps to track and read news of their choice. Coming to news aggregator and discovery platforms, Tiger Global-backed Inshorts is a player in the short-form news space. They recently acquired Retention.ai to further enhance their product. Some other big players in this space are Hike, which also provides short-form news inside its popular messaging platform. Then there is Way2News under the umbrella of parent company Way2Online.

Of the other forms of content, DailyHunt is a big player in the vernacular content space, providing readers access to different newspapers and e-books in different languages. Globally, there are players such as Flipboard, Nuzzel and Twitter Moments in the same category. Other smaller noteworthy players in India are Awesumly and Cruxtor.

Pipes is simple to setup and use and has a user-friendly interface. Small tweaks such as the ability to adjust fonts, night mode add to the user experience. The ‘Related Reads’ section has a circular wheel-like interface that is fluid and adds to the entire experience.

For people who wish to keep track of their reading habits, the app also provides data on how much time users have spent on the app. Another interesting feature is the popular reads - ‘What’s Hot’ - section that shows users trending articles that they may like to read.

We found the accuracy of content in the ‘Quick Story’ section to be quite low. In some cases, the summaries did not provide a proper overview of the article, but in some cases it was readable and comprehensible.

My major issue with the app is related to content theft. Pipes scrapes the entire content from the original source in the 'full length story' section in their app and provides a link to the source at the end. After reading the entire article on Pipes, not many readers will go to the source article, thus hurting original content creators.

On the whole, Pipes is a well-designed and executed app that focusses on personalisation for short-form content. Pipes needs to redirect users to the original source to provide due credit to content creators. With an experienced team, a few minor changes and effective marketing Pipes could do well.

What do you think about this app, do let us know in the comments below. Also do check out other apps under our App Fridays series