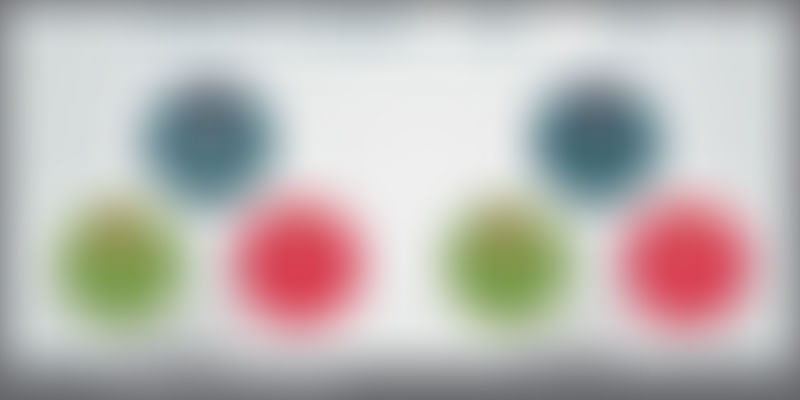 Chennai has always been lauded as the manufacturing hub and home of engineering talent in the country. However, over the past few years, the city is fast catching up and building a startup ecosystem of its own. According to a report by NASSCOM last year, Chennai is believed to have contributed to six per cent of the startup activity in the digital and software products side.

If you look at the timeline of funding from January to September 2015, the amount of funding for disclosed deals was USD 308 million. The total number of deals was close to 32 averaging at USD 12 million.

One of the fastest growing cities in the world, Chennai is home to more than 20 Indian companies that have a net worth of more than USD one billion. Chennai has given us legacy startups like BharatMatrimony and Freshdesk. YourStory decided to look at some of the upcoming or next-gen startups of the Chennai ecosystem:

OLog is an e-market or marketplace for intercity trucks aiming to integrate all logistics providers directly with the clients (B2B) thereby building transparency in the system. Bootstrapped, the venture started operations in June 2015, and works on a similar concept of cab bookings.Customers just put in a request and the transporter responds to it. In August, this startup claimed to touch a revenue of Rs one crore and aims to secure revenues of Rs 10 crores by June 2016.

OLog also caters to e-commerce startups such as Urban Ladder and Myntra for their intercity transportation. They are in advanced talks with some investors and might close their first round of funding soon. The founders are also planning to grow their vendor network to 900 in the coming few months taking their vehicle inventory to 10,000. (Read more)

While we've heard of smartphones and smart devices, Fuel Book device aims to make your car a smart one. With the app,a user can get details like mileage tracking, fuel analytics, trip tracking, a black box that tracks the speed of a vehicle, smart terrain mapping, which tracks all the bumps and speed breakers and even uses this data to alert other Fuel Book users, park track and self diagnostics, which monitors car engine pressure and heat. (Read more)

Co-founded in December 2013 by Kedar Kulkarni, Vignesh Krishnakumar, Kishore Natarajan, Saivenkatesh Ashok Kumar and Praveen Kumar, HyperVerge was incubated by IIT Madras’ Incubation Cell with a fund of Rs six lakh. Today, HyperVerge operates in the deep-learning B2C space, having developed four patent-pending technologies (three in the US and one in India) around organising images by identification of the content (people, places, scenes, and events). This will be seen in their mobile application, Silver. HyperVerge raised a seed funding of USD one million in August from US-based VC firms New Enterprise Associates (NEA), Milliways Ventures, and Naya Ventures. (Read more)

PiQube, which was launched during TechSparks 2014, is a hiring intelligence tool that mimics a recruiter’s brain through use of analytics and machine learning. The application intelligently searches the entire Internet for profiles matching the client requirement.

The brainchild of Jayadev Mahalingam, PiQube’s intelligent algorithms understands various aspects that humans derive from every profile. PiQube has executed seven pilots till date with large IT firms and a large bank in Singapore.

Currently, the company has two paying clients and is working on a Walkin product which will enable companies to interview only the right candidates instead of everyone walking in. In April this year, PiQube raised USD 5,00,000 from The HR Fund (The Fund). (Read more)

MaxMyTV, an over-the-top (OTT) solutions company, is putting together ways to integrate various parts of your life to the idiot box. Which means you can not only tweet, check Facebook and email from your TV, but also install video surveillance and control your household devices. Think Internet of Things meets social TV meets smart TV.

The device will enable you to control home sensors, access detailed analytics right from your TV and access home automation devices right from your smartphone. Alerts from sensors, video from IP camera or social media conversations can be seen while watching a TV programme or live event. You can also install surveillance devices and monitor them via IPTV. (Read more)

Booking a venue for any occasion can be quite a hassle. BigFDay intends to solve this very problem by featuring several venues for different events, for a big party to a small group meeting.

For BigFday, the journey has just begun. Venues are a starting point for BigFday, and Sabin is excited about India’s USD 1.5-billion market. Prices at venues change based on date of the event, number of guests, type of food and due to constant change in supply and demand. On BigFday, a user can see the prices changing dynamically (like airline prices). (Read more)

Started in August this year, GoBumpr is yet to launch its consumer front of the app. An online pitstop for all your vehicle needs, GoBumpr aims to make vehicle service easy and hassle-free for both the consumers and the service providers. On the service-provider front, the app works like a taxi aggregator app, where the provider gets a request of a service or repair job.

Through this app, a customer can also get a real-time update on the status of the service. Also, instead of making several calls to mechanics, consumers can chat with them via the app and get all the needed details. The team has already on-boarded 200 service providers in Chennai.