Ikka Dukka: An Irishman tries his luck with e-commerce in India 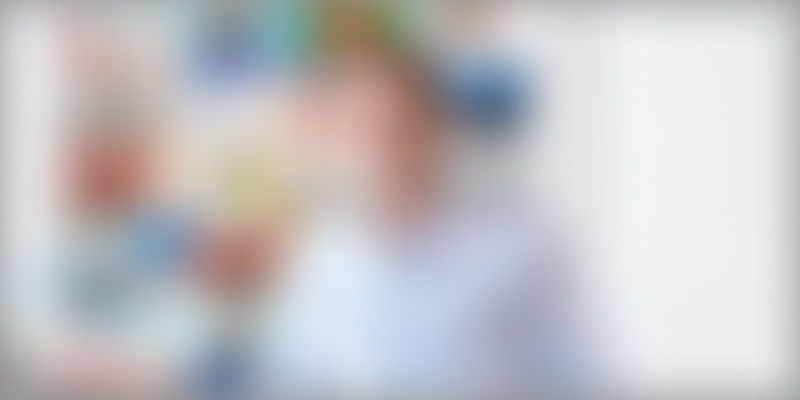 Irish born and raised Enda Noone met his Indian co-founder Nilisha Kohli while they were both doing their masters in Dublin in the mid 2000s. They bonded over their love for startups, but did not think of becoming entrepreneurs themselves till one fateful Christmas morning. “After an extremely frustrating day of Christmas shopping on a frosty and wet Irish December evening, Nilisha and I went to a nice cozy Dublin pub for a drink to complain about how there was nothing original in the shops to buy for Christmas presents. We both always had a love for interesting designs and quality products in fashion and interiors, so we wondered if we created products we loved, would there be others like us who would love them too. Once we got to talking about it we realised how excited it made us so we knew we had to do something in this space,” says Enda.

The decision to start up in India, as opposed to the UK, was because the nascent market appealed to him enormously. It seemed that almost every idea was over and done with in the West. Not that the Indian e-commerce scene is not heavily saturated itself. But Enda says that online shopping in India splits into two distinct trajectories. There are the discount-heavy sites peddling mass market items. Or there are the hyper luxury websites catering to the top one per cent. Both Nilisha and Enda felt there was a huge opportunity to cater to the discerning, but budgeted, consumer with refined tastes. What sealed the deal for them was discovering that India didn’t lack manufacturers who were creating designs that had a global aesthetic but were being exported abroad.

Enda says, “We started off with a highly curated product offering that reflected a whole lifestyle. We decided to do this in India because of the emergent online space where we believed there was a huge market potential for the type of products we wanted to bring. That coupled with the fact that some of the world’s best craftsmen and manufacturers are here, it seemed like the perfect place to make our base.”

Nilisha and Enda zeroed in on the name ‘Ikka Dukka’ because, “It’s a Hindi term meaning‘one or two’, or ‘rare’. We wanted to create or source products that we love that are unique and different to the usual designs on the market. So we figured the term Ikka Dukka fit well. Then there is the fish in the logo which is steeped in Indian as well as Irish mythology and represents knowledge, creativity, transformation, good luck and happiness.”

Honing in the gaps

Enda emphasises that it is curation and selection that sets Ikka Dukka apart from the hundreds of e-stores out there vying for the customer’s attention in the home and lifestyle segment. “We hand pick every single piece ourselves. Whether it is something that we have curated or something that we ourselves have created, we must either love to wear it or love to have it in our homes. It is important for us that the brand reflects our tastes. We work with some great craftsmen and manufacturers in India to develop products and designs with predominantly a global appeal. There are a lot of brilliant designers here in India doing such a fabulous job creating products with traditional Indian designs. So we wanted to offer something different to the market. We also wanted to make some of the trendy up-and-coming international brands, such as Nocturne Jewellery and Zoe Karssen clothes, more readily available to the Indian consumer,” he says.

Enda adds that the brand is constantly experimenting with new designs and new products. “We used to try and get some feedback on our designs from the market; a lot of people we spoke to thought our designs were too different and niche and wouldn’t work in India. But we decided that we loved them and that we would put them out there and see if there were people out there with similar tastes, and thankfully there are.”

According to Enda, the e-commerce scene in India changes weekly. “The percentage of Indians shopping online is still quite small in relation to western countries, so the opportunities will continue to grow as that percentage number inevitably increases,” he says. The way he sees it, there’s only one way for newbies to survive the cutthroat competition. “At present, there are a lot of major e-commerce sites in India that cover a vast range of products. It is impossible for new companies to come in and compete with these massive companies without huge investment. So I see the future of the online space geared toward more niche sectors and being more product-focussed.”

Ikka Dukka was bootstrapped with Nilisha and Enda’s personal savings. Together they managed to come up with Rs 60 lakh, an amount they have stretched to maximum capacity by resorting to minor sacrifices. “We kept our overheads to a minimum to give ourselves the chance to grow organically. We also wanted to make sure we got the core structure right and know exactly our route to market before we started spending anyone else’s money. I feel that a lot of Indian startups look for funding too soon and this puts a lot of pressure on them. A lot end up playing the valuation game and focus on getting as big as possible and not on trying to make the business profitable,” Enda says.

Commenting on Ikka Dukka’s coterie of successes and failure, he notes, “I think all the tough parts of a startup are a rite of passage. I believe the universe tests you to see if you deserve it, and if you hang in there, you will be rewarded.”

His patience was severely tested while dealing with, what Enda says, has been Ikka Dukka’s largest failure till date. “One of our major failures at the start was with our IT and building the website. After nearly a year we had to scrap it and start again from scratch with someone else. But there are little failures all the time but that’s all part of the learning curve of a startup. I don’t think that will ever change.”

The future of Ikka Dukka keeps fear of failure at bay for Enda and Nilisha. “The future is very exciting. We will be expanding our own branded ranges as well as teaming up with some other top quality designers to expand and sell the brand internationally. We are already doing this but once our new bags and clothing line comes out in the coming weeks, we will give it more focus and a bit more of a push. We have already given a sneak peak of our new designs to some of the major stylists and fashion influencers back home in Ireland and in the UK and they are very excited to get their hands on them,” says a happy Enda.

‘It’s amazing what people can do when they have to’

When asked for advice on starting up, Enda says with all seriousness, “Don’t.”

The next moment he grins, “Just kidding. I would say make sure you love what you do, because it will be that and not the idea of making lots of money that will carry your through the tough times. And persevere. Act like there is no safety net. That there is no other option than to make it work. It’s amazing what people can do when they have to.”