From fine arts to the fine world of fashion, Jyoti Sachdev Iyer has designs on you 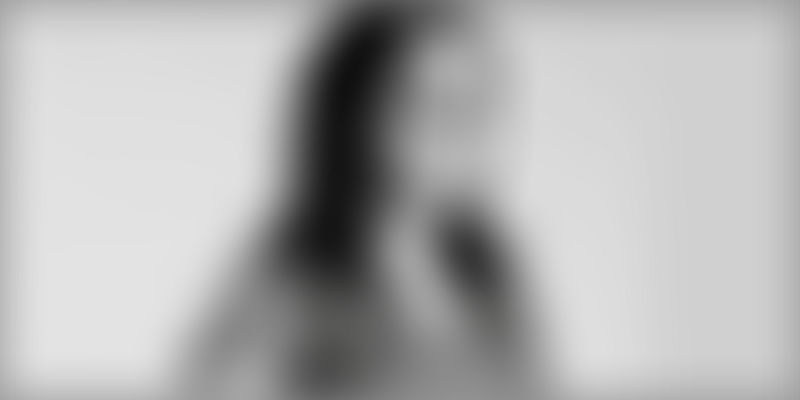 Clothes are not going to change the world. The women who wear them will. – Anne Klein

That is the essence of designer Jyoti Sachdev Iyer’s label. Her label is about the women of today; women who know what they want and are ready to take the lead. It is about women who make their own choices and are not afraid to stand out or be trendsetters.

Drapes and western silhouettes with light embellishments define her label, and her stores in Kolkata display a myriad array of hues, beckoning women to claim an outfit for themselves.

HerStory spoke with Jyoti Sachdev Iyer about her shift to Kolkata, her style quotient and how e-commerce has impacted the world of fashion.

A Bangalore girl, Jyoti did her schooling and graduation in fine arts from Bangalore. She knew she had creative leanings but did not realize that fashion would be her calling. “I have always been very creatively inclined but did not realize it till I made it to college to study fine arts. It was in college she realized that Fashion was what she wanted to pursue.”

After her graduation from Bangalore in fine arts she moved to Delhi and studied in NIFT and opened her first studio in Delhi. Her career spanning two decades saw a major shift four years ago when Jyoti moved to Kolkata.

Her husband was shifting to Kolkata because of his work and she decided to move with him. Though she was moving into a new city her work took off really well. She now has a beautiful studio in Kolkata.

Jyoti has in her kitty multiple stand-alone international and Indian shows and the experience of working with international design houses like La-Perla, Fendi and Kenzo. Her collections are available at premium outlets in London, Milan, and Sydney.

“The silhouettes are extremely western where you find lots of draping, lot of play of fabric and a bit of embellishments to give it that Indian touch. I think saris are still one of the most elegant form of drapes that have existed and that is where I take my inspiration from,” she says.

Jyoti’s own style quotient is casual. A pair of jeans and T-shirt is her clothing for comfort. “On my

evenings out, I do love wearing dresses and specially the kind of dresses that I make,” she says with a smile.Since India has so many varied forms of fabric, it inspires Jyoti every season to play around with different fabrics. The one thing she wishes for is for every woman to have at least one outfit of hers.

When it comes to sense of style, she admires Audrey Hepburn’s sense of style and fashion but today she thinks, it is Angelina Jolie who carries herself with poise and a great sense of style no matter where she is.

Over the last two decades there has been a constant increase in the number of designers across India. From the handful of names a few decades ago, there is a long list of designers on the fashion scene today, each with their own style. Talking about what has ushered this change, she says, “The world is becoming a smaller place to live in. Everything is so easily accessible. And thanks to technology, I mean everyone today has access to international markets. This has not only given access but increased exposure.”

According to her, the audience in India is not only well informed but has opened up to experimenting. As the number of women working has gone up, more and more women are spending on their wardrobes. This has given designers, she says, “A wider platform to play around with.”

Each year is about new and different things and that according to her is a major change that is visible in the fashion world. “In fact this year if you have noticed, textiles and handlooms have played a great role. I am sure next year it would be something else.”

Moving to a new city and a different market was a challenge. Not only that, the market in Kolkata was huge. Despite these challenges and not knowing anyone in the city, Jyoti has done well.

Hiring good and skilled workers, training them and having them move again to repeat the same process with a new worker too gets to be a major challenge for designers like her.

Not one to let challenges bog her down, she says with enthusiasm, “Everyday is a new challenge, you are fighting with workers, your designs are not coming out right, whatever it is but you keep innovating and innovating and that is what creative people are all about.”

Given that mobile and technology has opened the floodgates of fashion, Jyoti feels a need to be online. “

We are definitely working towards getting a space in the e- commerce space. It is also a means of making your garments accessible to a larger audience and help grow your business.”In the next five years she says, “She wants to be amongst those designers who can make a difference, take craftsmanship from various countries and region and bring them together and mix it with something totally different. I think there is so much more to explore and hopefully in the next five years, god willing, we will be available to a lot more people in a lot more countries.”

She lives and breathes fashion and design, and that is what keeps her motivated and going. “The day I feel this is something I can’t do, that will be the end of my business. For me everyday is a new day and the challenges that I face, I find them even more exciting. I learn what happens around me everyday. That is the only way to growth I think,” she says with a calmness that comes from the confidence and satisfaction her work brings to her.